Title: A Million Ways To Die In The West

The director plays the lead role of the coming-of-age tale of a cowardly farmer: Albert Stark loses his beloved girlfriend Louise (Amanda Seyfried) as a result of his withdrawal from a duel, but another woman he’ll meet, named Anna (Charlize Theron), will trigger his confidence and courage. The problem is that she is the spouse of the infamous outlaw Clinch Leatherwood (Liam Neeson).

The witticism and amusement in this movie will make you roll over the floor for laughter. The language used by the 19th century characters is that of the third millennium, from the slang, to the cursing, unleashing a feeling of utter catharsis.

This film is a great tribute to Spaghetti Western and – behind all the comedic farce – it evokes the drama of ‘The Quick And The Dead’ and the heart of ‘An American Tail.’ But the novelty – that intertwines with the ironic approach – is that life in the 1800s’ West was not as cool as we may imagine it today, and you could effectively die at any point for a zillion reasons. Hence downplaying Sergio Leone’s grandeur depiction of cowboys, not only comes across as entertaining but as a more realistic portrait of that era. 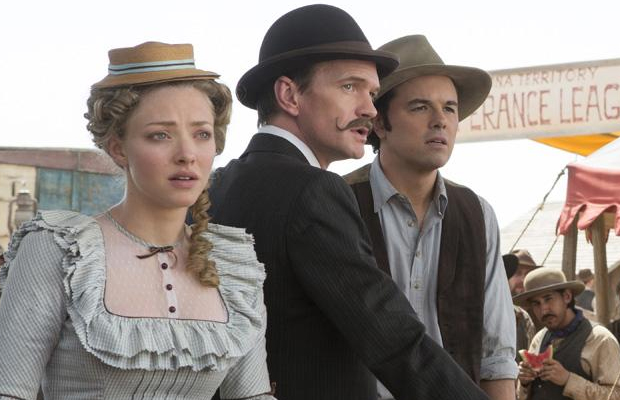