The animated “Shrek” series, with its focus (initially, at least) on “fractured fairytales,” rang up a couple billion dollars for DreamWorks (and later Paramount), between the theatrical box office take of the original quadrilogy, straight-to-video spin-offs and other ancillary income. Now, on the 55th anniversary of one of its own most popular and enduring fairytales, “Sleeping Beauty,” distributor Disney aims to put a new, live-action spin on the popular, hard-hearted villain of that tale. “Maleficent,” starring Angelina Jolie in the title role, reimagines and recontextualizes the “Sleeping Beauty” story, exploring it from a different point-of-view. ShockYa recently had the chance to participate in the film’s Los Angeles press day, and chat with the stars — including Sam Riley, who plays Maleficent’s sometimes-raven-sometimes-human companion, Diaval. The conversation with Riley is excerpted below:

Question: How intense was the make-up process?

Sam Riley: I think I had more actually stuck on than Angelina did. That was a very new experience. It takes a long time, it was about three-and-a-half hours every morning. I mean, that’s what I thought, but there was always somebody in the seat next to me that had been there two hours longer, so you could never complain.

Question: Did you know what you were signing on for?

Sam Riley: Uh, well, no, not really, not in that department of it. We did tests that were much more extreme bird-like… and it sort of went from being very bird-like to being what it is, sort of gradually toned down. Each hour that went off the amount of time in the morning I was relieved about. But the weirdest part was the chest piece, which was the first thing they’d have to do, so you’d sort of have to take your top off every morning in front of these two girls and then they’d slap on this cold glue. And I’m ticklish as well so it was absolute torture every day, but with the face stuff I actually worked out a way that I could handle it. I started to be able to sleep through it which is pretty impressive, while people are sticking things to your face.

Sam Riley: They’re incredible people. And what was amazing about the first time I saw Angelina in costume was the very first day, my first day on set … it was strange for me then to see her as herself after a couple of weeks. I met her as Angelina Jolie and then for three or four weeks, I only saw Maleficent every day. And you know that it’s fake or that bits of it are fake, of course, but, you know, it’s a credit to them that you sort of start to accept it.

Question: Were Disney films, the animated films, as big a deal growing up, or in your childhood, as they are for so many kids Stateside?

Sam Riley: Oh yeah. I don’t think there’s really many parts of the world that aren’t. Children in some way have some, you know, deep rooted memories from childhood that are associated with Disney, whether it’s the animated films or the TV shows and what not. For me it was — I mean, although it’s my father’s era — “The Jungle Book,” that was fantastic. I mean, my grandparents had the LP that was his as a boy, and my brother and I adored that, moreso than “Sleeping Beauty,” obviously, because we were more Mowgli-like. But I’m the eldest of four so my younger siblings all watched, when they had that sort of era, you know, “Sleeping Beauty” and “Beauty and the Beast” and then “The Lion King” and these things, you know, that were in a way resurgent. So I’ve also watched those a lot, because they were just playing in the house a lot.

Question: What was the biggest performance challenge for you?

Sam Riley: I’ve mostly only done independent films, where the homework is very obvious — you know, studying the mannerisms of somebody if it’s a real person you’re playing, or accents and things. Well, I do an accent in this one, I guess. And with this one I wasn’t really sure what to do. I watched the original (film) and the guy doesn’t do anything — he sort of looks half asleep through the whole movie. So I said, “Well, that’s not gonna help.” So I started watching videos of ravens and things and then when I was in London starting to prepare doing rehearsals and things, they arranged for me to spend some time with one particular raven, Eddie, who they were using — they’d been drawing him as sort of a model for the CGI version. And I realized I was completely ignorant of ravens. I mean, I knew that they were in the Tower of London and if they flew away then the White Castle would collapse or something so they clipped all their wings so they couldn’t even fly. But they brought in this bird and the raven is quite big. It’s not a crow, you know, it’s bigger. And it hopped on the table and sort of, you know, did this little thing and made himself completely at home. I filmed him and I watched him for a few hours, and I had a movement coach as well, and we studied him together and then, once (Eddie) left, then we started trying to sort of mimic him and I even ran around the room with my arms [flapping] at one point. That’s why I was glad I didn’t get into drama school. I mean, I’m being a bit flippant, but it was fascinating, because when you do something as ridiculous as that, you’re sort of ready for anything if you’ve done the embarrassing stuff. Someone wanted to film me, though, which I flat out refused to allow, because I didn’t want everyone to ever see it. (laughs) I didn’t really do a walk like (Eddie) or something, but maybe [my time with him] sort of comes out in other ways. I stole bits of his manner. I thought he was quite vain.

Question: This is a much more family-friendly film than a lot of your filmography.

Question: Was that something you were particularly wanting to do, or was it just a happy coincidence?

Sam Riley: Umm, I mean, when they said they were doing a retelling of “Sleeping Beauty,” and you’re kind of like a costar and it’ll be for tween ages or something, I thought it sounded like not really my sort of thing, not something I’d be interested in doing. But I read the script and I really liked the script, I thought it was charming and old school in a way, I thought it was still a family film. I thought it had value to tell that side of the story. I thought it was more interesting from the female characters’ viewpoints, and the idea of evil as a thing is brought into question, which I think is also a good thing. I just liked it, I thought my part was the best male part in it. And I knew I was going to be doing it with Angelina Jolie, so that was another plus. It’s a happy coincidence that I now have a four-month-old son and it’ll be the first and maybe the only film of mine he’ll be able to watch before he’s 18. But the fact that it was a family film was one reason… because I’d never done anything like it, and that’s also something that, you know, then you’re sort of pushing and interested in just trying different things. And these things, they all added up.

Question: Was there always that sort of deadpan sense of humor to Diaval, or did he evolve?

Sam Riley: It was funny, in that one of the things Angelina and I first spoke about… you know, she said from the beginning that it’s an important relationship for her character in the thing and how can we… wait, so I think I’m telling you the same thing twice, or have I just told this next door? It’s so confusing doing these things sometimes. (laughs) So to work on this… the moments we have together would be at some point a lighter moment in the movie, and we were laughing at the fact that, you know, he begins his relationship as this servile thing who’s terrified of her and then, if you were to then spend every day for 16 years with one another as their sole companion, they would get on each other’s nerves a bit, and it would be almost more like an old married couple sometimes. And these things made us both laugh, so that was something we wanted to incorporate — that sort of deadpan comes because, you know, it’s like when you roll your eyes when somebody you’ve known a very long time starts saying the same thing again or something.

Question: What do you usually look for in movie roles, and when did you first get into acting?

Sam Riley: Umm, well, I’ve always liked performing… I did it at school and it was one of the first things that anyone ever clapped for, so it’s like anything else, if someone tells you you’re good (you pay attention). And I wasn’t particularly good at much else at school. I did National Youth Theatre when I was 17, a summer course, and then I did a play with them when I was 19; I replaced the lead actor and did a play in London and Paris for some weeks. But what I really wanted to be was a rock star. So when I got an agent who saw me do that play then I told her I didn’t want to be an actor, I wanted to be a rock star, and did that for sort of five or six years. Uh, and then we got one of the worst reviews of all time in the “New Musical Express,” and I know who wrote it. I can still remember his name. These sort of things stay with you.

Question: How bad was it?

Sam Riley: Well, considering the newspaper had been going almost 60 years and it’s considered one of the all-time worst they’ve ever given anybody, it was pretty bad. It was bad enough that they dropped us within two weeks of the review. We told them that, you know, we’re like the worst band in Britain — this is … a great marketing tool, ten thousand things, which might be another reason why we never heard of them. This was pre-Google, or we would’ve realized that a lot sooner. So we got dropped, and so I rang this agent up that I’d not spoken to for five years and the first thing she sent me (to audition) for was to play a singer in “Control.” 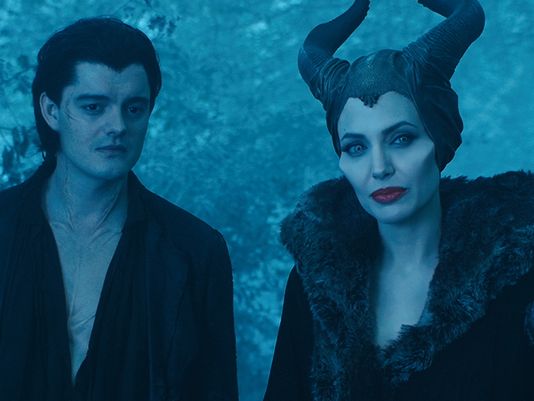