The 21st century has always promised to usher in grand new technologies. But instead of the flying cars society has always envisioned, people around the world are moving forward with the smartphone. The upcoming documentary, ‘DSKNECTD,’ explores how social media is changing the way people are interacting with each other. Shockya has an exclusive new clip from the film, titled ‘A Virtual World,’ to showcase how the evolving way people are interacting with each other is both good and bad.

‘DSKNECTD,’ which was written and directed by Dominic H. White, is set to be distributed on VOD on Tuesday by Gravitas Ventures. The film, which explores how mobile devices and the virtual world are reshaping human interactions, features Gazzaley, Jonathan Gratch, Mary Helen Immordino-Yang, Jacki Morie, Duane Osterlind, Eric R.W. Rice, Larry Rosen and Kenneth Woog.

Gravitas Ventures has released the following synopsis for ‘DSKNECTD’:

As cliches go, in 1999 the World as we knew it was about to change — and we’d been expecting it.

Since childhood we’d been promised that the 21st century would bring us dramatic new technologies like flying cars and utopian cities. Instead it bought us the smartphone, social media, and online gaming. And as it turns out these technologies began to transform society almost as dramatically as the moon colonies we’d been expecting.

Now over a decade into the revolution ‘DSKNECTD’ explores how digital communication technology is profoundly changing the way we interact and experience each other – for the good and for the bad.

‘A Virtual World’ features commentary on how generations who are unaccustomed to growing and evolving technology can now learn how to truly connect with each other. People can also expand their knowledge and outlook on the world by visiting places online that they can’t physically travel to.

The Stanford Study corroborates the idea that the Internet does connect people, whether they’re across town or the world, who can’t otherwise come together. However, continued reliance on virtual relationships, particularly through gaming, can make real life relationship become boring. This continued need to always be connected has also led parents to be constantly concerned about their children’s whereabouts, which is taking away the freedom of today’s youth.

Fore more information on ‘DSKNECTD,’ visit the documentary’s official website, as well as its Facebook and Twitter pages. Watch Shockya’s exclusive clip from the film below. 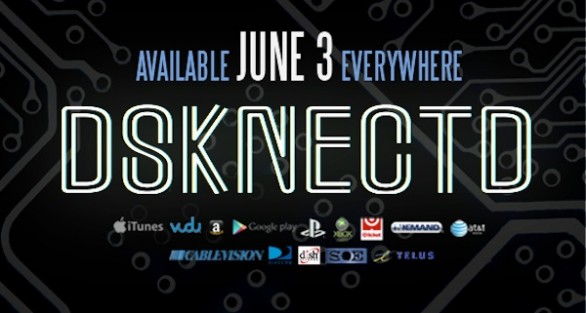