May 29, 2014 A MILLION WAYS TO DIE IN THE WEST, BLENDED, BOX OFFICE, BOX OFFICE PREDICTIONS, CHEF, GODZILLA, MALEFICENT, MILLION DOLLAR ARM, NEIGHBORS, THE AMAZING SPIDER-MAN 2, THE OTHER WOMAN, X-MEN: DAYS OF FUTURE PAST

“Maleficent” isn’t having much luck with critics, but considering the success of “Oz: The Great and Powerful,” “Snow White and the Huntsman” and “Alice in Wonderland,” it should have no problem pulling in more than enough cash to win the weekend. With “Godzilla” and “X-Men: Days of Future Past” both still going strong, it’s more likely that “Maleficent” will wind up in “Snow White and the Huntsman’s” range and put about $55 million in the bank to start. “A Million Ways to Die in the West,” on the other hand, will probably end up with a meager opening weekend haul to match its rock-bottom reviews. This one could be “Your Highness” all over again and claim just $12 million for round one.

“X-Men: Days of Future Past” opened huge, but that also means it could be heading towards quite the fall. However, even if it does lose 60% of its opening profits, a little more than “Captain America: The Winter Soldier’s” weekend one to two drop, it’ll still post another $36 million. “Godzilla,” however, is over the weekend one to two hump, so that 66.8% drop should come down quite a bit, possibly to just 45%. If that is the case, “Godzilla” will take $17 million for its third weekend out.

“Blended” had a rough start, but with no new comedies entering the race, there’s nothing to stop it from maintaining 55% of its opening profits. However, $8 million probably won’t be enough to keep ahead of “Neighbors.” It’s yet to drop more than 50% in a single weekend and there’s no reason to think that’ll be the case now. If it falls just 40% this time around, that’d give it another $8.5 million and the #5 spot. 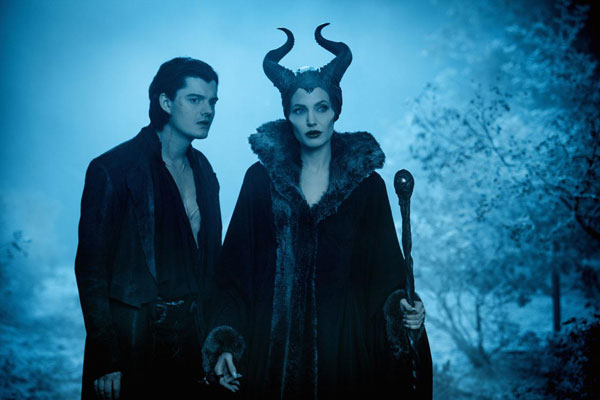