Elle Fanning has been acting in movies for so long, it’s hard to believe she’s still only 16 years old. And then one meets her in person — with her open eyes and open heart, and frequent giggles and huge grins that litter any conversation — and she seems even younger, of completely guileless expression. In the new family fantasy adventure “Maleficent,” which puts a spin on the old “Sleeping Beauty” story, Fanning co-stars as Aurora, the naive 15-year-old princess who knows nothing of the curse put on her by the titular enchantress (Angelina Jolie). ShockYa recently had a chance to take part in the film’s Los Angeles press day, and talk to some of the stars in a roundtable conversation with other reporters about their experiences making the movie. The conversation with Fanning is excerpted below:

Question: How would you describe your feelings about Angelina Jolie, and how was it when you first met her, and then also working together?

Elle Fanning: Yeah, well I was extremely nervous to meet her. I mean, you hear that name and it’s like the most famous ever, you know? You know exactly who she is and what she’s done. And I remember the day I first met her — it was during rehearsals, and we were in Pinewood Studios and I didn’t know I was going to meet her that day, we were just doing costume fittings and stuff. And then everyone started saying, “She’s here, she’s here,” and I’m like, “Oh my God,” and the knot was growing in my stomach and then I turned the corner and, uh, there she was. She was there in no horns or anything, she was in normal clothes, and immediately — because we’re both big huggers — she gave me a giant hug right away and shook my shoulders and said, “We’re gonna have so much fun working together.” And, you know, to have Angelina Jolie just hug you right away like that, it was really impactful. But I think it’s funny because even though we’ve worked together, I still get butterflies when I see her in an odd way. I mean, you can’t help but feel that way I think. But still it was nice… because people see on the outside, you know, that kind of intensity that she has in photographs and on red carpets — just that force around her. But then you meet her it’s like she’s just a girl in a way — we would just talk about normal girl things, we were talking about prom and all this stuff. And you get to see her sensitivity, and she’s super playful. All her kids were on set and they’d yell “cut” and she’d be in her whole outfit and pick up Vivie and Knox on both hips, like in the cloak and all.

Elle Fanning: I think of, well, “Mr. and Mrs. Smith” and “Girl, Interrupted” — that’s one of my favorite movies, so, I really love that one.

Question: I think one of the awesome things about this movie is that there’s such tenderness between you and her, and it’s actually just kind of rare that you see two women on screen like that… not talking about men. That was sort of a rare experience.

Elle Fanning: I know. I’m glad that our film was like that, and also kind of the way it ends up, it’s more of like a maternal love and a friendship love that wins out over, you know, a romantic love with a guy. So that was a nice take on the story — especially her being so powerful, and being a leading lady in the movie. When I started filming, I was such a huge fan of the animated one and I’m like, “Oh, I feel like we’re breaking some weird Disney rule,” like Maleficent and Sleeping Beauty aren’t supposed to even talk to each other, they’re enemies! But the way it turned out… it’s like a fresh take on the story, and I think for the modern world we need to have a modern story, and it is. It’s very different.

Question: What was it like being one of the first live-action Disney princesses?

Elle Fanning: This is like the biggest dream — your goal is, like, to grow up and be a Disney princess. At least it was for me when I was little, so to be able to say that I actually got to do that was the biggest deal ever — especially Sleeping Beauty, because she was my favorite. I felt like I looked like her the most when I was little, and when you’re small you gravitate toward the one that you look like. I had blonde hair too, and she wore the pink dress, so I felt like she was “my” princess in that way.

Question: How was it working with all the special effects?

Elle Fanning: This movie is the most special-effects-heavy that I’ve ever done, especially with (director Robert Stromberg) coming from “Avatar,” and kind of his background on things. …Whenever you have a hair change or a wardrobe change, you had to stand on this turntable and they’d turn you inch by inch. You have to stand there like you can’t move, and you have to do all these pictures [with] your face in funny positions, and basically they make a virtual you out of that, and then they can put you on screen kind of in front of a backdrop that they’re creating, so it’s helpful for them. And I have no idea how any of it works but, yeah, you do have to use your imagination in a crazy way. But you don’t want to get too wrapped up in the technical bits of it because you’re still playing a character and you want to still [focus on] being your character the best you can be instead of worrying about where things are.

Question: You’re not standing on a completely bare stage are you?

Elle Fanning: No. The three fairy aunties, they did — like, when they were tiny they did all their stuff in green suits on a green stage. I never acted with them, though, I just was looking at cardboard cutouts of them. But we had beautiful sets with the hills and stuff, but then behind that would be a blue or a green screen to [extend the horizon], and there would be little tennis balls for creatures and stuff.

Question: What about acting while sleeping, which you get to do?

Elle Fanning: I know! (laughs) Some days I’d go in and get dressed, put on everything and just sleep the entire day. It was so nice! That was so funny. But then it’s like you can’t really act. One time I did fall asleep laying there and it was so scary because you’re there and then that could be so bad because you can mess up the scene if you, like, start moving not knowing you were asleep. So it’s kind of hard because you had to fight yourself not to fall asleep.

Question: You mentioned being a fan of “Sleeping Beauty” — what did you look to take from that to add to your character here, if anything?

Elle Fanning: I’d seen the animated film a lot, on repeat, but I did watch it right before we started shooting, just to kind of see if I could find anything else in there. When you watch that, she is a tad one-dimensional in that film, because it’s also a cartoon, and she’s mostly just delicate and a little passive. But what I tried to bring out of that was her physicality, because she’s drawn in a certain way that kind of brings out her personality — when she (moves) her hands, the gestures are very particular, and the way she walks is specific too. But we wanted to spice her up a tad too — we tried to add a little more depth, even though she’s so happy all of the time.

Question: What were your impressions of director Robert Stromberg, both prior to working with him and then after filming?

Elle Fanning: Before filming you know him from “Avatar,” or know that he did the art design on that, and that’s kind of the ultimate for how beautiful a film looks. So all the worries about special effects stuff go out the window, because you know that he knows the world, and has it (covered). That was really nice. But I also was surprised at how good he was with character, and working with actors too, because he realized that even though special effects are important, if you had no characters there it wouldn’t work.

Question: Is this your first film where you get a toy version of yourself?

Elle Fanning: It is, yeah.  At the Disney store, I’ve seen little mes, it’s so strange. My grandma went to the Disney store and she saw all the Aurora dolls and she was, like, grabbing all of them. She went to the register and they’re like, “You can only take five.” (laughs) So she only got five, but yeah.

Question: Princess Aurora has to grow up being watched over carefully by her fairy godmothers — did that strike any memories or reflections at all of being stalked by paparazzi in real-life?

Elle Fanning: I guess it’s just something that goes with what we do or whatever. Sometimes when my sister’s home they wait in their cars outside of our house, and it becomes a weird game as to who can spot the guy. I don’t know, it comes with it, and you have to know that it’s there. It sometimes can be a drag.

Question: How much of an influence is your sister, professionally?

Elle Fanning: We never talk about films, ever — it’s just something we don’t do. I feel like we’re very different in that way. And we like being able to make our own decisions, because then it feels like our (own) thing. So when we talk it’s always just about normal stuff. I never read her scripts and she never reads mine. And that’s exciting, because she doesn’t know anything about “Maleficent,” so when she goes to see it she’ll really be an audience member and can really tell me how she feels. And I’m so excited to see her “Night Moves,” too, because I know she had a fun time doing that, and it was very realistic. …We’ve always said that our dream roles would to be in a movie together, because I’ve played her at a younger age, but never really on screen opposite her, talking to one another. But it would have to be something perfect. I love sad movies, so it would be cool to do a drama with her and really go (someplace deep).

NOTE: “Maleficent” opens May 30. Check back all week and weekend for more interviews from the film. 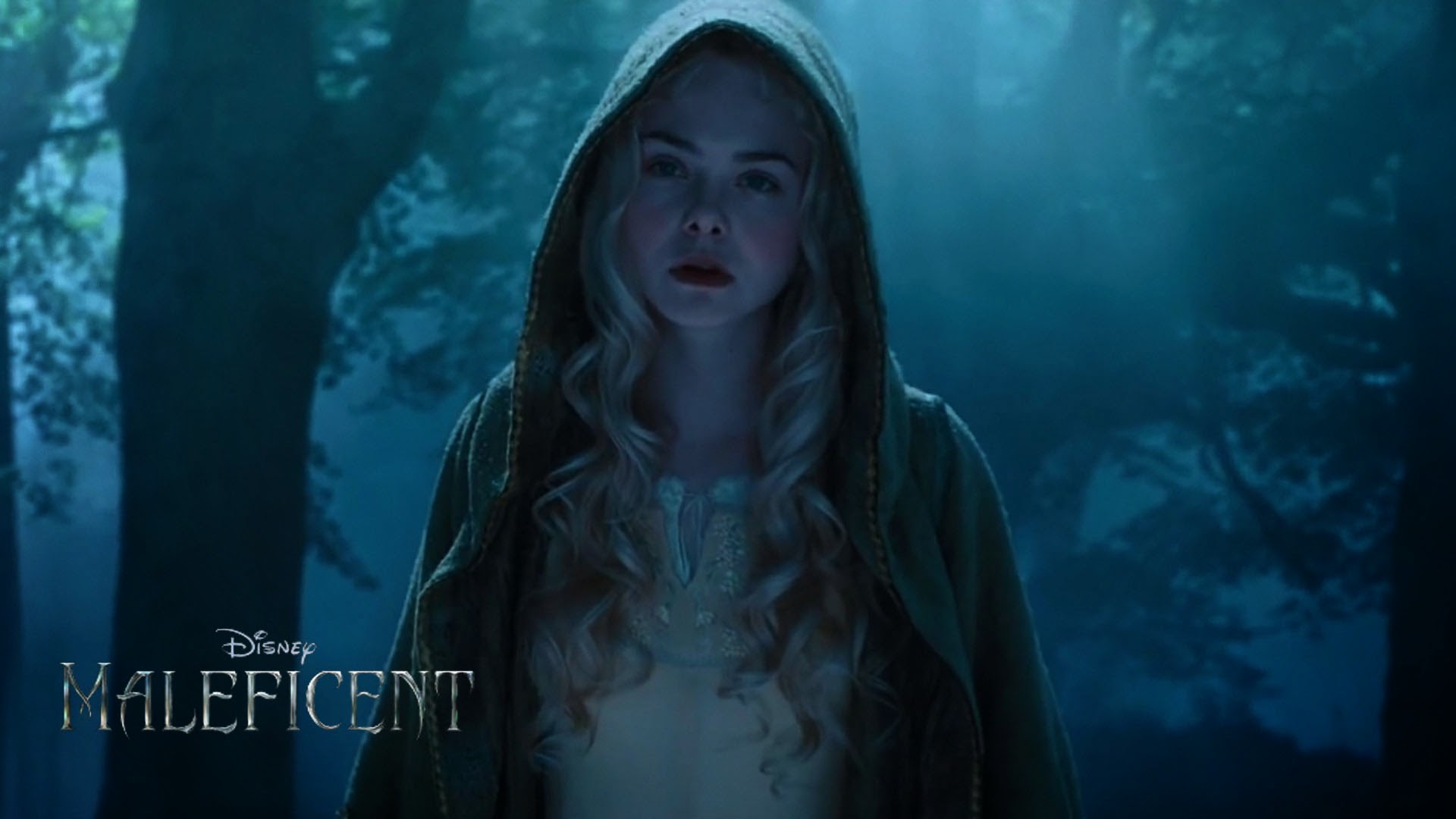