Angelina Jolie playing Maleficent has loads of potential, but that alone can’t support a movie.

This is “Sleeping Beauty” from Maleficent’s perspective. As a young fairy living in The Moors, Maleficent meets a human boy named Stefan (Sharlto Copley). As they get older, they remain friends until Stefan decides he’s really a power-hungry wannabe king and betrays Maleficent in exchange for the crown. When Stefan’s daughter Aurora (Elle Fanning) is born, Maleficent retaliates by putting a curse on the newborn, one that will have her slip into a deep sleep on her 16th birthday.

However, the story is secondary because prime importance is placed on the fact that Jolie dressing up as a Disney villain will draw a crowd. Minus the light 97-minute running time, there isn’t a single redeeming quality to “Maleficent.” It’s a harsh assessment, but when you’ve got such a talented visual effects artist at the helm, iconic source material, an all-star cast and a hefty studio-sized budget to back it all up, there’s just no excuse to deliver such a lazy film.

There’s no world building at all. Instead, the screenwriters take a shortcut and open “Maleficent” with an extensive voiceover that essentially says, this is the way things are and that’s that. When you’re trying to sell a realm that involves fairies, magical creatures and spells, you can’t just state the facts and leave it at that. You have to earn them and make the audience believe, and “Maleficent” never does that. This isn’t an immersive experience. It’s a bunch of famous faces playing dress up while a VFX team shows off a CG creature reel.

“Maleficent” is also ridden with logic issues and plot holes. Maleficent wants to find love, but her way of going about it is downright absurd and also quite pathetic. You know what you do when a boy breaks your heart? You cry it out for a bit and then find someone else. You don’t waste your existence trying to get back at him, especially when he’s become such a terrible person anyway. Stefan goes from a sweet, loving little boy to a man who’ll give up everything to become king. How are we supposed to buy that when nothing triggers it?

The moment Stefan turns cold, that’s it; there’s nothing more to him. Copley merely trudges around with an exhausting looking scowl on his face proclaiming his determination to eradicate Maleficent. Not once do we ever see him express a single ounce of affection towards his own daughter, so when Maleficent places the curse upon Aurora, there’s no reason to care. It’s also almost as if that moment is there just because it’s a pivotal element of the source material. In this rendition, getting back at Stefan by placing a curse on his infant daughter which won’t even go into effect for another 16 years comes across as an absolutely moronic tactic.

And the way Stefan strikes back is even more ludicrous. Rather than spend every waking moment with his daughter or protecting her himself, he sends her into the forest with three imbecile fairies that he just met who don’t even know how to feed a child. On top of that, Maleficent knows where this oh-so secret and safe hideout is. The moment the gang moves into their new home, there’s Maleficent lurking in the trees and, inexplicably, fixing the fairies’ mistakes and taking care of her sworn enemy herself.

There is a small handful of mildly successful moments in the material that follows. A stronger and more logical foundation should have made this the heart of the movie, but there is something somewhat endearing about the growing relationship between Maleficent and Aurora. The trouble is, without those layers, it’s just a repetition of the same story beat over and over again. Aurora is happy and curious, Maleficent marvels at her, and that’s basically all there is to it.

The sole character in this entire film who has some depth is Sam Riley’s Diaval. Originally Diaval is a bird, and when Maleficent saves him after he’s trapped in a net, she opts to also turn him into a man/bird, servant/sidekick. There’s really no logical reason for Diaval to be both a man and a bird because Maleficent only professes her need for wings and not a handsome friend, but that’s easy to overlook because Riley turns him into such a dashing character with integrity and principles he’s willing to fight for, a fundamental component every other character lacks.

He’s also largely responsible for some of the film’s funnier moments – the intentionally funny ones at least. A major reason “Maleficent” is such a bore and the plot is so ridiculous is because everything is taken so seriously. A little self-deprecation, however, does the movie good. We get quite a bit of that from Diaval because he’s the realist of the bunch, but Jolie delivers a few highlights herself, too. For example, when Brenton Thwaites’ oh-so-typical prince charming rides up and declares, “I’m looking for a girl,” and Jolie replies with a deadpan, “Of course you are,” it’s fun and it works.

Aurora’s wannabe protectors, on the other hand, are just too goofy and over-the-top. Flittle (Lesley Manville), Knotgrass (Imelda Staunton) and Thistletwit (Juno Temple) are plain old dumb and it’s incredibly frustrating. Bumbling characters with noble intentions are one thing, but not only are these three completely incompetent, but their motives are never established. Why did they go from The Moors to King Stefan? Are they traitors? Do they really care about Aurora’s wellbeing or is Stefan paying them to take care of her? They do profess their love for their adoptive daughter every now and then, but, more often than not, they’re complaining that their babysitting duties stop them from doing what they really want, living in The Moors in fairy form.

And that opens the door to yet another issue for “Maleficent,” and a surprising one at that; the CG and 3D aren’t good, and the fairies are the worst of all. In human form, they’re just Manville, Staunton and Temple wearing big dresses and crazy wigs. When they’re tiny fairies flying around, they’re all digital but the VFX team gave them the actresses’ faces and the result is incredibly disconcerting and borderline nightmarish. The authentic human features don’t meld well with the cartoonish qualities at all, and that’s the case with the large majority of The Moors.

It’s hard not to wonder why Maleficent is the only human-looking thing in this magical realm because of course Jolie will stick out amongst a horde of digital creatures. There’s no in-between; just the two extremes. And even worse, the movie doesn’t do all that much with the creatures in this world either. When a heartbroken Maleficent gets pissed and turns their vibrant habitat into a murky nightmare, no one revolts. They just stay there and deal with it, quite similar to how an inanimate prop would react to such a situation.

What makes “Maleficent” such a devastating failure is the fact that it had so much potential. Angelina Jolie playing Maleficent is pure gold, but you can’t rely on that. Rather than do what was intended, retell the Sleeping Beauty story from Maleficent’s perspective and shed new light on the iconic villain in the process, it’s as though Jolie and her costume were expected to do it all alone. There’s no meaty discussions in this movie; just quick declarations. There are very few genuine relationships, primarily ones that exist just because the voiceover and source material deem them so. And there’s also a minimal amount of stunning visuals. It’s almost as if the imagery was designed to churn our prime film stills and nothing more.

It’s hard not to go on and on, but in an effort to keep this review from turning into a mile-long rant, let’s switch to a more concise format. There are some spoilers in the questions below, so it’d be best to see the movie before reading on – although clearly I’m not recommending it. If you dare, here’s a list of shattering script and production issues that desperately needed to be resolved. If you’ve got a logical answer to any of the below, I’d truly like to know.

– What was the point of trying to trick us with the voiceover? Was that supposed to come with a satisfying payoff?
– Why is Maleficent the only human-looking fairy in The Moors? Is she half human, half fairy?
– What happened to her parents? Were they killed by humans?
– Why does young Maleficent have a face caked full of makeup?
– Why did Stefan go from sweet little boy to power-hungry wing-cutter?
– If Maleficent could conjure just about anything, why not just whip up a new set of wings?
– If she could enter the castle so easily, why not steal her wings back instead of putting the curse on Aurora and dragging this out?
– Was Maleficent cooking up that unnecessarily convoluted curse for a while or did it just come to her on the spot?
– Why would Stefan hand his newborn daughter over to those stupid fairies? Why not protect her in the castle?
– Are the fairies traitors? Do they genuinely want to save Aurora?
– Why hide her in a cottage in the forest? Maleficent clearly knows where it is.
– Why would Maleficent curse Aurora only to protect/stalk her?
– Where is Stefan’s kingdom? A castle is not a kingdom.
– Did Stefan have any subjects or just soldiers?
– Why can’t Prince Phillip find the castle? Is he blind?
– I thought iron was Maleficent’s kryptonite? Does she have healing powers?
– Was that cat suit under Maleficent’s dress the whole time?
– Did Stefan even care about Aurora or was this all about sticking it to Maleficent?
– So Prince Phillip isn’t Aurora’s one true love then, right? 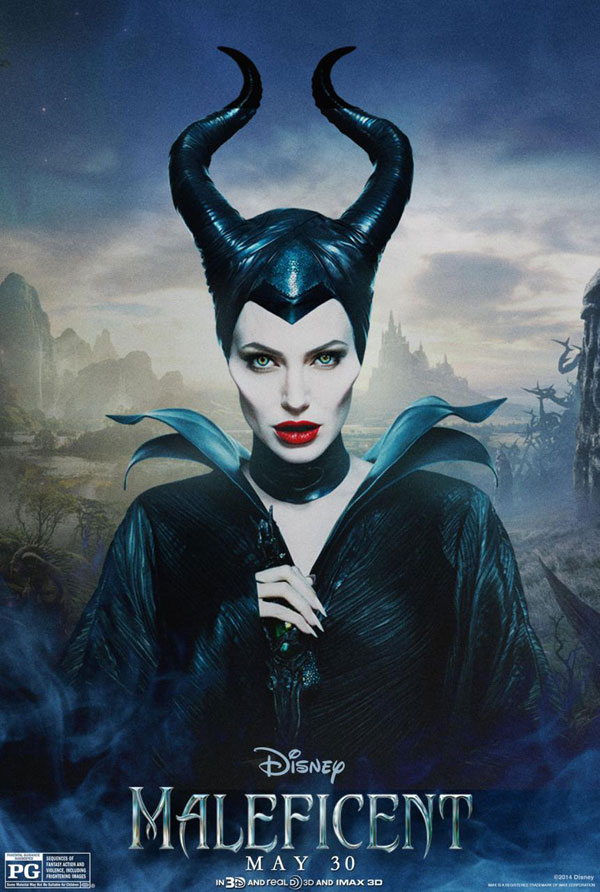