When you’re working with big names, lots of money and hot properties, there’s bound to be problems and right now we’ve got Marvel and Colin Trevorrow trying to repair some. Trevorrow is having more luck, having just conducted an interview to clear up some concerns regarding the leaked “Jurassic World” plot, but Marvel can’t seem to pull “Ant-Man” back together.

Roland Emmerich, on the other hand, is actually getting his “Stargate” trilogy off the ground and Robert Schwentke continues to add talent to his “Insurgent” line-up. Get all the details on those stories as well as box office results, Golden Trailer winners and loads more below.

1. Adam McKay Passes on “Ant-Man:” Shortly after Edgar Wright dropped out, Marvel put together a shortlist of replacements to direct “Ant-Man.” Adam McKay, Rawson Thurber and Ruben Fleischer all made the list, but it was McKay who got the offer. However, now that McKay’s passed on the opportunity, the studio could move on to one of the other options. Shortly after news broke that McKay ended negotiations, the “Anchorman” director tweeted the following; “And yes, met w/Marvel. Kirby & Lee r my Lennon Mccartney so it was awesome. But have other projects I’m committed to. Not sure it can work.” (via THR)

2. Golden Trailer Award Winners: The 15th Annual Golden Trailer Awards took place Friday night and even though my personal favorite trailer of 2013, the “Boxtrolls” promo set to the tune of “He’s Got the Whole World in His Hands,” didn’t claim a statue, a number of last year’s most memorable ads did. “The Conjuring – Case” nabbed the Best Horror honor while the “Maleficent – Dream” ad took home Best Fantasy Adventure. Not only did “Gravity” get Best Thriller for its “Detached” trailer, but that promo also took the event’s top honor, Best in Show. In the poster section, “Neighbors” won the Best Comedy category for its one-sheet, “You’re Next” snagged the Best Horror honor and “The Purge: Anarchy” won Best Teaser Poster. Click here to check out the full list of winners.

3. Colin Trevorrow Confirms “Jurassic World” Plot Details: For those who’d rather not know anything about what’s to come in “Jurassic World,” please skip this section of the Cheat Sheet to avoid plot spoilers. Just the other week, a few plot details about the “Jurassic World” narrative slipped out via JoBlo after which director Colin Trevorrow confirmed the information with /Film. In an e-mail interview he wrote, “Jurassic World takes place in a fully functional park on Isla Nublar. It sees more than 20,000 visitors every day. You arrive by ferry from Costa Rica. It has elements of a biological preserve, a safari, a zoo, and a theme park. There is a luxury resort with hotels, restaurants, nightlife and a golf course. And there are dinosaurs. Real ones. You can get closer to them than you ever imagined possible. It’s the realization of John Hammond’s dream, and I think you’ll want to go there.” He also explained, “We were hoping audiences could discover this on their own, but yes, there will be one new dinosaur created by the park’s geneticists. The gaps in her sequence were filled with DNA from other species, much like the genome in the first film was completed with frog DNA. This creation exists to fulfill a corporate mandate—they want something bigger, louder, with more teeth. And that’s what they get.” Click here to read more.

4. Rhys Ifans Joins “Alice in Wonderland 2:” Rhys Ifans is four years younger than Johnny Depp, but considering the film will likely involve a hefty amount of make-up, prosthetics and wigs, that’s not stopping him from playing Depp’s father in the “Alice in Wonderland” sequel. According to The Wrap, Ifans will step in as Zanik Hightopp, “the Mad Hatter’s father, who cannot hide his bright-colored hair beneath a top hat.” Ifans will step in front of the lens alongside Depp and “Alice” veterans Mia Wasikowska and Helena Bonham Carter as well as newcomer Sacha Baron Cohen when the film is ready for principal photography. “Alice in Wonderland 2” is due in theaters on May 27, 2016.

5. Roland Emmerich Moves Forward with “Stargate” Trilogy: Not only is Roland Emmerich busy working on his “Independence Day” sequel having just recruited Carter Blanchard to take a pass at the script, but he’s also got a new “Stargate” movie on the way and the plan is for it to be the start of a trilogy. MGM Chairman and CEO Gary Barber officially announced that Emmerich, MGM, Dean Devlin and Warner Bros. are teaming up to start a new “Stargate” trilogy. Barber stated, “We couldn’t be more excited to once again partner with Roland and Dean, the world-class creators of the original ‘Stargate,’ to bring their reinvigorated vision of this wildly popular property to audiences of multiple generations.” Warner Bros’ Greg Silverman added, “Under the guidance of Roland and Dean, these new films will build upon the creativity and popularity of the first film, while delivering an original film-going experience for fans and those new to the franchise.” Emmerich is currently shooting “Stonewall” and is in pre-production on two “Independence Day” movies, which he’s planning to shoot back-to-back, so it’s highly unlikely we’ll get this new “Stargate” anytime soon.

6. “Insurgent” Adds Suki Waterhouse and Jonny Weston: The “Divergent” sequel, “Insurgent,” is currently filming in Atlanta, but director Robert Schwentke is still picking up new cast members. As reported by THR, Suki Waterhouse is locked to play Marlene, a Dauntless-born who goes through the initiation process at the same time as Tris. Even though the two do have a few encounters in the first book, Marlene never made it into the first feature. When the THR piece went up, Jonny Weston was still in final negotiations for his role, but since, the official “Divergent” Twitter account announced that he is officially on board and will be playing someone named Edgar, a character who wasn’t in the book.

7. MPAA Rejected “Sin City 2” Poster of Eva Green: Dimension Films has been busy releasing character posters for “Sin City: A Dame to Kill For” and planned on adding an Eva Green edition to the mix, but the MPAA shot it down due to nudity and specifically because the “curve of under breast and dark nipple/areola circle visible through sheer gown.” The poster won’t make its way into theaters, but, unsurprisingly, it did make it onto the web (via PageSix), so there’s really no stopping it now.

8. “Avatar” Arena Show in the Works: Even though James Cameron is busy working on three new “Avatar” movies, that’s not stopping him from taking on yet another project – an “Avatar” show. Cameron and Cirque du Soleil President and CEO Daniel Lamarre announced that they’re developing an arena-touring show inspired by the first film. The plan is to begin the global tour in late 2015, before the 2016 release of the “Avatar” sequel.

9. Trailers: “A Walk Among the Tombstones,” “The Book of Life,” “Kill the Messenger:” If you enjoy watching Liam Neeson obliterate bad guys, check out the new trailer for his latest, “A Walk Among the Tombstones.” It’s an adaptation of Lawrence Block’s book and features Neeson as Matt Scudder, a former NYC cop working as an unlicensed PI who agrees to help a heroin trafficker track down the men responsible for killing his wife. If you’re looking for something a little lighter – and much brighter – take a look at the first trailer for the Guillermo del Toro-produced animated film, “The Book of Life.” There’s a chance the visuals could be too ornate to sustain a full feature, but they are quite stunning at a two-minute 30-second glance. Last up is the promo for the Jeremy Renner-starrer, “Kill the Messenger.” The details of the case can be tough to digest in this rapid-fire format, but the trailer successfully sells Renner’s Gary Webb as an engaging character and that stimulates quite a bit of suspense.

10. Box Office: Apparently the fairy tale reboot trend still has some momentum because “Maleficent” just scored $70 million during its opening weekend. “X-Men: Days of Future Past” took a big hit, but even after losing 64.1% of its opening profits, it still had $32.6 million to take to the bank. Despite poor reviews, “A Million Ways to Die in the West” still managed to post an adequate debut. It snagged $5,405 per theater and took #3 with a $17.1 million opening haul. Even though “Godzilla” enjoyed an exceptionally strong start, it’s experiencing a fast decline. Even after losing a whopping 66.8% moving from weekend one to two, it still dropped 60.5% in weekend three and was left with a $12.2 million total. Despite a mediocre start and abysmal reviews, “Blended” managed to hold on to nearly 60% of its weekend one profits for an $8.4 million-round two. (via Box Office Mojo) 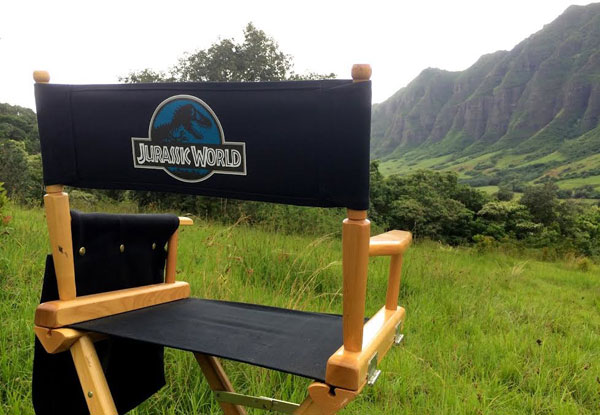