A point made in this political doc by Carl Deal and Tia Lessin—heretofore known for “Trouble the Water” about two residents who became refugees in their own country when the New Orleans levees broke—is that there is one way that the person living in a box under a highway has same power as a billionaire: and that is in the vote.  While this is technically true, the theory misses the power that the media, especially TV, and personal appearances during a campaign heavily influence the way we vote.  It’s easy for seemingly independent folks like us to say that they are not influenced by the barrage of commercials—that it does not matter whether Barack Obama’s face is thrust upon us more than Mitt Romney’s—that we vote according to our beliefs.  But this ignores the effect that psychology (call it brainwashing if you must) influences our beliefs and therefore our actions; hence the fellow with the more active campaign has the big advantage.

Campaigns cost a good deal of money.  Candidates who out-finance their rivals are more than a few steps ahead of the game.  Because of this, money contributions are a big factor, which is like saying that people and corporations with deep pockets and a strong motivation to win can put their favorites over the top.  According to Deal and Lessin, who are obviously on the side of the left despite their attempts to partially balance the scales, corporations got the go-ahead to spend as much as they want on campaigns thanks to a Supreme Court decision in 2009 known as Citizens United, in which the replacement of one newly retired Supreme Court justice by another of a more conservative bent led to a 5-4 decision that opened the financial floodgates.  Deal and Lessin, emphasizing the ideological bents of the justices, note that the decision overturned precedents that had limited contributions, and that precedents are not overturned unless situations have changed—and nothing here has changed.

“Citizen Koch” focuses on one race, in Wisconsin, involving Scott Walker, heavily financed by the billionaire Koch brothers, David and Charles, owners of the country’s second richest privately held corporation.   When Governor Walker, joined by the Wisconsin State Legislature, stripped away collective bargaining rights of public unions—working on a precedent begun by President Ronald Reagan when he fired striking California air controllers—working class folks who had always been Republicans became alienated from their party.  Voters collected a million signatures on petitions to set up an election to recall Walker mid-term, the Koch brothers financing media saturation urging the public to reject the recall and keep the governor in office.

The documentary does not bring out exactly why voters by a 53-47 margin threw out the recall.  Instead we see protests by people on both sides, the Tea Party and other conservatives shouting their support while those on the other side denounced the state’s chief executive for his reactionary politics.  Take Dee Ives, a nurse and Air Force veteran, Mari Jo Kabat, a public school librarian, and Brian Cunningham, a correctional officer: why would they be diehard Republicans in the first place?  Only one brief mention was made of a motivation when Kabat confirms that she is pro-life and therefore a natural in that sense—though not in the economic sense—for following Republican politics.

So the Koch brothers, through their organization Americans for Prosperity, are able to continue getting right-wing politicians elected who will cut taxes for millionaires while raising them for workers, allowing the government to look the other way when regulations on such aspects as pollution, and marginalizing independent candidates who, like Bud Roemer, had been unable even to take part in the Presidential debates. In fact the one intelligent voice in the doc is that of candidate Roemer.  You would have heard quite a bit more from him if he were financed by the Koch brothers, but given his lack of money for his own campaign, he became a mere footnotes to presidential history.

You don’t have to be Michael Moore, Errol Morris, Werner Herzog or Morgan Spurlock to put across an intriguing non-fiction movie. While there is a shortage of humor in “Citizen Koch,” apparently even the brothers themselves ran scared at the thought that this critical work would be produced and screened.  They even convinced Independent Television Service, to which they committed $150,000 to produce this documentary, to pull the funds.  ITVS was apparently convinced to cancel plans for the premiere to avoid losing David Koch’s funding of public television.

If you fear the rightward turn of American politics and want to get more of a visceral look at how money shapes out country’s decision-making, you can’t go wrong by taking in “Citizen Koch.” 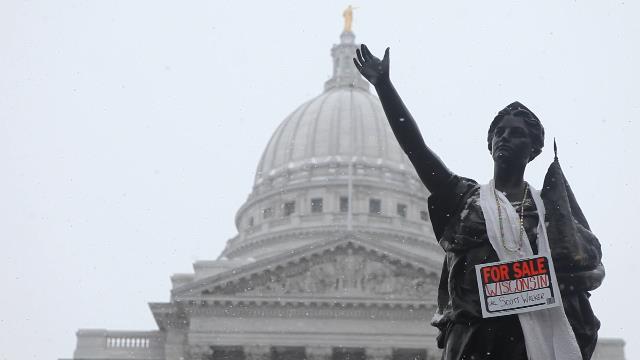