Robert Stromberg is an Oscar-winner who’s been involved in a wide variety of enormously successful films — including the highest-grossing movie of all time — but he’s not a name known to mainstream filmgoers. With “Maleficent,” his directorial debut, that may change. Recently, ShockYa had a chance to participate in the Los Angeles press day for the film, a revisionist take on the “Sleeping Beauty” fairytale from the point-of-view of its titular villainess, and chat with some of the filmmakers and cast about their work. A roundtable conversation between Stromberg and several reporters is excerpted below:

Question: You’re pretty savvy about the whole movie world, and have had various credits on a lot of huge and very successful films, including Academy Award wins for your art direction on “Avatar” and “Alice in Wonderland.” What surprised you most about finally directing?

Robert Stromberg: To be honest with you, as boring as it sounds, nothing. I mean I feel like I’ve been ready to do this for a long time, and it was really a matter of getting the opportunity. I don’t mean it to sound the way it does but, you know, I looked at this film and going into it with excitement not fear. My excitement going in was really about finally [getting] to play with all of the toys, to emotionally attach and work with actors — that was really the one thing I was really looking forward to, and then tying that together with the thing I already know which is creating the world, and finally, maybe, working with all the colors, maybe completing a piece of art using all of the elements of making a film. So that was satisfying, for sure.

Question: Did anything about working with Angelina Jolie surprise you?

Robert Stromberg: No, it was no surprise. She was attached when I became the director. Immediately you look at that and say, visually, “Yes, perfect, she’s great, this is ideal,” but it didn’t surprise me. The pleasant thing that I discovered was that she brought this emotional depth to it, and such a deep understanding of what the character should be. And then she brought that to the sort of visual thing and it became all of a sudden this really powerful explosion, it just felt like something special. I didn’t know her at the time, but I know she’s a strong person. And strength is something Maleficent, the character, would need. I also know she works… around the world and has children of her own, so I know there’s a heart there as well. … I mean, the first time I met her I went to her house, and we spent about an hour just talking about life while we watched her kids play in the backyard. …So at that moment I saw the strength and the beauty of what this character’s gonna be and need, but I also saw the heart there as well, and that’s when I knew it was the perfect combination.

Question: What about Elle Fanning — did you choose her?

Robert Stromberg: I did. I had seen “Super 8” and like all of us, you know, I was just infatuated with what I saw. She came in and I loved her immediately because… she sort of defined this bright light, she was what life is, she sort of exuded life itself. And there is this light in the movie, and the contrast of that with this dark character and then the cross-pollination along the way in this film is part of what makes it fun [and] interesting.

Question: Can you tell me a little bit about the blending of CGI and practical effects?

Robert Stromberg: You know, well, there are budget reasons — there are practical reasons that “Alice in Wonderland” costs a certain amount versus “Avatar.” They’re all different prices. But what I’ve learned is to read a script now and to read a scene and immediately know how much of that we should build than not. And it’s all based on what the characters are doing. Because what I’ve found is for very big emotional scenes, you want the actors to feel the strength of the moment in being there, so when it’s all green screen it can sort of get dulled down and you have to explain too much. You can show what’s going to be there but… over time, I guess I’ve learned based on the budget and the script what should be CGI and what should not.

Question: Is there an expanded mythology of all these creatures that are sort of under Maleficent’s control?

Robert Stromberg: It’s very hard to invent creatures these days, I’ll put it that way. But I wanted to do a mixture of everything that felt sort of organically based — not too [heavy] on animals. But I wanted it to be whole range of things, from things you want to hug to things you’re afraid of.

Question: What sort of stories and books were you read when you were a child?

Robert Stromberg: Well, when I grew up my father was a low budget monster moviemaker, so he made classics like “The Crater Lake Monster,” and there were always creatures around. My dad was a huge fan of Ray Harryhausen, and… one of our neighbors who went on to win several Academy Awards, he and my dad were close friends, his name is Phil Tippett. And so I grew up as a little four-year-old kid, five-year-old kid watching Phil Tippett and my dad make monsters in our garage.

Question: I’m wondering how you settled on the tone for this because as wonderful as the story ultimately turns out to be, you know, there’s pretty dark stuff in a lot of it.

Robert Stromberg: Some dark things, yeah. I mean, I think you can argue, though, that if you went back and looked at the old classic Disney films … you would find there’s a lot of tragedy there, there’s a lot of darkness in dealing with swords and sorcery and witches and death. You know, look at “Bambi.” I mean, there are themes that are dark but it just happens to be a cartoon. You know, we have the tools now to sort of tell the same things in a more photo-real way, which maybe heightens the strength of those things, but they’re the same things. And I think also today’s audiences are probably a bit more used to some more darker things. But basically I wanted to make a movie I could take my, at the time seven-year-old, daughter to see and feel comfortable with that.

Question: Do you think cutting off the wings was okay (when Maleficent was young)?

Robert Stromberg: We had to have it… we could’ve showed it in different ways. We didn’t show the actual act, we didn’t show blood — we showed the result. But we needed that, because we needed something so harsh and the betrayal (to be) so intense that it justified these other things. If we had sugar-coated that part of it, the strength of what she was doing later wouldn’t have held water, you know what I mean? So it’s a balance of how intense you get. You could argue that some creatures in your face yelling scares little kids and they will, but then there are other kids that are like, “Oh yeah!” I just stayed with the rule of if my daughter can see this then I’m going to keep going that way. And along the way we eliminated things and we added things and we got a PG rating for a reason — they looked at it and felt that it was okay. And we worked with [the MPAA] because we wanted families in the seats, we needed families in the seats.

NOTE: “Maleficent” is in theaters now. Check back at ShockYa for more interviews with the cast and crew. 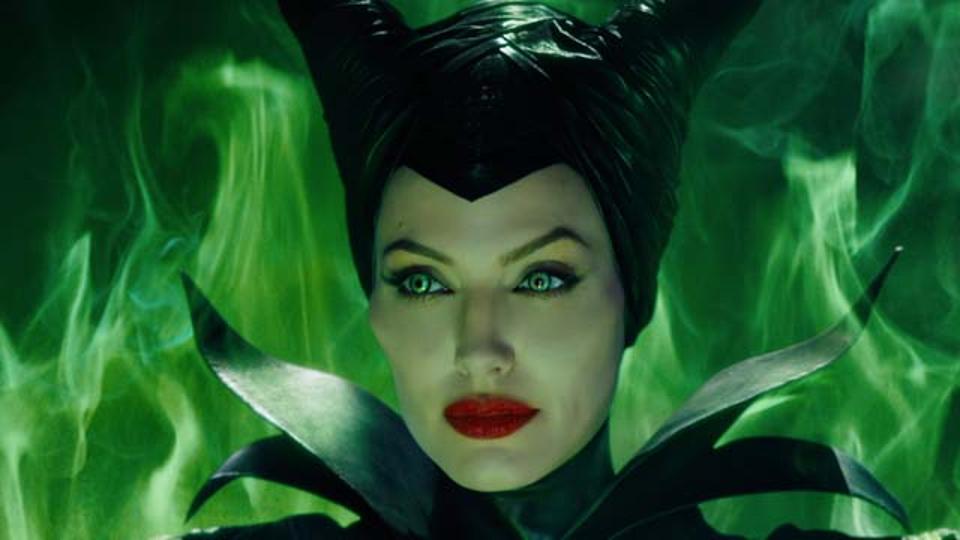