Three MIT college students on a road trip across the Southwest — Jonah (Beau Knapp) and fraying couple Nic (Brenton Thwaites) and Haley (Olivia Cooke) — take a detour to try to track down a hacker who’s been messing with them for months. Things go sideways, leaving the early-twentysomethings in a strange waking nightmare involving continued interrogations from Dr. Wallace Damon (Laurence Fishburne). That’s the moody mystery at the center of director Will Eubank’s genre-bending “The Signal,” which premiered at the Sundance Film Festival earlier this year. Brent Simon had a chance to speak to Knapp one-on-one for ShockYa earlier this week, about the movie, his entrée into acting and what he has on deck. The conversation is excerpted below:

ShockYa: “The Signal” is so experiential — it’s such a case of the sum being greater than the total of the parts, especially since the film is so visual. How did the script read, then?

Beau Knapp: It’s very interesting. I never solved it. To me, “The Signal” is like three films in one, really, one you can’t really limit it to one genre. It starts out very organic, and then it goes into this crazy, Kubrick-like phase, and then it ends up an amazing action sci-fi kind of thing. I actually loved the first draft, which was even more about MIT and why they’re on this road trip, instead of how it starts now, how the film turned out, that they’re already on this road trip. But I loved the closeness of the characters, and Jonah being this third wheel to this love story. Jonah is really intelligent, and kind of a pain in the ass, but I was really happy that they gave me the opportunity to play someone who was skilled in technology, which I am not. (laughs) I met Will for a cup of coffee probably a year before they even started casting, and he was so passionate — and a writer-director, which I love. He’s someone who has a vision that makes you just want to dive into the trenches with him, and see if you can run through to the other side.

ShockYa: And Will has tremendous experience as a cinematographer and camera technician, which probably removes a certain amount of anxiety as an actor, in that you’re able to turn off any part of the brain that worries about how the film visually and technically is going to come together.

Beau Knapp: I actually only saw “Love,” his first film, the day I got the script — they sent that as well. But I think in cinema you don’t have a lot of time, unlike a book that maybe describes a lot things. You just have images. And that’s what got me about “Love” — these images were beautiful and very interesting. And so you just have to give yourself over to the director and the role. On this, we’d be shooting on weekends, at Sonic Burger and in the woods. We all just came together as a team and said, “Let’s make something special.”

ShockYa: You mentioned earlier that you’re decidedly not a techie or hacker in real life. Do you avail yourself of some hacker’s almanac in preparation for a role like this then, and more broadly do you tend to deep-dive for research on roles?

Beau Knapp: Yeah, I went on MIT’s website and was reading their syllabus and stuff like that, and was like, “This is madness!” (laughs) But we actually had a computer genius on set, too, and he would just laugh (at us). We’d be like, “What does this do? Can you hack into this?” And he would just giggle. So he taught us how to write code, and it was actually real code — we were actually hacking the IP addresses of a real studio in Albuquerque (while filming), it was real code in that bathroom scene we shot. So he helped us out and taught us stuff. We learned a lot, but had great help. And Will Eubank is so tech-savvy, too, that he knows what’s bullshit and what’s not.

ShockYa: So do you feel like you missed a second calling as a computer engineer now?

Beau Knapp: (laughs) No, it actually just makes me want to stay away from everything, and live in the woods, read Hemingway and do nothing.

ShockYa: What led you to acting — were you driven or powered by a performance instinct as a young kid?

Beau Knapp: No, I was actually always just a troublemaker in high school. I moved a bunch, between L.A. and Virginia and Colorado. I moved back to L.A. when I was 17, or 16, by myself — my parents lived in Colorado. I just got an apartment and was in a bunch of trouble, and had a bunch of fun. And then my father was in the business, and he said, “You’ve got to figure it out, man — you should go check out this acting class.” And my buddy was an actor, and his parents owned an acting studio, and there were a bunch of girls, man. So I’d go and have a good time — it was a place to go and relax and let your emotions go, and just be goofy and do whatever you want. So I put up some work, and it was the first time in my life that I felt that high — that real moment or thing that you strive for, where you have people actually appreciate you and see some kind of value in you. It felt good. And the thing that I love about the craft of acting is that it’s such a challenge and it’s so difficult — for me, at least, because I do a lot of research into a bunch of different characters and stuff. But for me, you just have to be the best you can be all the time, and dig deep. So it was interesting. “Super 8” was my first audition, and first movie, and then it went on from there.

ShockYa: What about that audition process — it’s different than delivering a performance on set. Is it something you feel comfortable with at all yet?

Beau Knapp: Oh yeah, the more you do it the less nerve-racking it is. You get used to it. I was probably drawn to acting because I was always intuitive and emotional and all these things, so it gave me an outlet to use (and show) all those things. And when I first started auditioning I was just like, “I’m not going to have the sides in my hands, I’m just going to give a performance.” And the more I’ve auditioned the looser I’ve gotten. You just want to explore with them in the room, and work on the performance, but I don’t think you want to show them everything. You just try to have fun.

ShockYa: What else is on the horizon for you? What’s next?

Beau Knapp: Right now I’m in between these studio films which are just madness, because they don’t let you work — they’re just waiting, and keep getting pushed and stuff like that. But I’ve kind of taken a little break these past four months. I did this film called “What Lola Wants,” where I had a day break from “The Signal” and flew to L.A. and shot it in a month. It’s very different — I don’t think people would recognize me in it. And then I went to New York and filmed “Run All Night” with Liam Neeson and Ed Harris and Joel Kinnaman, and had such a blast. That actually comes out in February of next year. But I love indie film — it’s my heart and soul, man. It’s just substance, and that’s what I’m scared to lose, you know — that kind of intimate setting for making cinema or film. That’s why “The Signal” was such a great experience for all of us, and I think we’re all on such different paths, Brenton Thwaites and Olivia Cooke and I. It was not exactly a starting point, like our first movie, but it was so beautiful, because it’s a moment before everything gets crazy. But at least we have this. And I’ll always be looking for story and character and substance. But you never know what you’re going to do.

NOTE: “The Signal” opens June 13 in select theaters, from Focus Features, and expands in the weeks following that. For more information, visit http://RUAgitated.com. Check back at ShockYa in the coming days for more interviews with cast and crew. 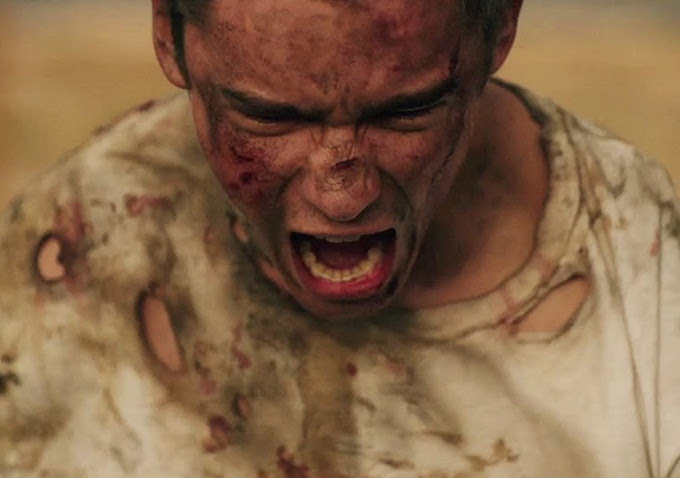