An amusing, madcap blend of social satire, character comedy and well-worn road trip tropes, “Gone Doggy Gone,” co-written and directed by Kasi Brown and Brandon Walter, unfolds against the backdrop of a kidnapped canine. The low-budget indie film, playing this Friday at the Dances With Films Festival in Los Angeles, effectively winds up a bunch of characters who are by degrees self-centered, delusional and inept, and then spends the remainder of its 89-minute running time bouncing them off one another at odd angles, like rubber balls in a stairwell.

The Best of Fest winner at the First Glance Film Fest and the Audience Award winner at the Julien Dubuque International Film Festival in April, “Gone Doggy Gone” centers on Los Angelenos Abby and Elliott Harmon (Brown and Walter), a married professional couple on emotional autopilot who dote on their teacup terrier, Laila, treating her like a baby. After a series of personal and occupational humiliations send their (overly) devoted dog-sitter Jill (Shaina Vorspan) into a tailspin, she snaps and kidnaps Laila, emailing the Harmons a ransom video. Abby and Elliott quickly uncover the truth, but Jill hits the open road. A pursuit follows, with the Harmons’ wisecracking, weed-smoking friend Kat (Kate Connor) tagging along for the ride. After disastrous attempts at interception on their own, along with other assorted mishaps, Abby and Elliott hire Dan (Jeff Sloniker, seemingly channeling John Belushi), a slovenly, bumbling, would-be private investigator who works with his father Stan (Richard Riehle). As they then nominally tail him and await results, though, Dan becomes smitten with Jill, further feeding a roundelay of misunderstanding and haplessness.

At its core, “Gone Doggy Gone” has a great concept — something that’s both easily relatable from a comedic perspective and, in the manner in which it essays the way pets are kind of a starter baby for DINK-ers who in earlier generations would’ve already started a family, plugged into the current zeitgeist. Brown and Walter’s instincts encompass plenty of comedy of debasement (a quickie masturbation session leading to a shameful cry, slapstick macing and, yes, stripping for their art), and the ranginess and rapid-fire pacing of their work as much as anything else assure that “Gone Doggy Gone” never loses hold of a viewer’s interest. There are also some great purposefully terrible local commercials and a dream-sequence riff on “The Silence of the Lambs,” showcasing a canny sense of spoofery.

In its third act — with a pit stop at a hippie friend of Kat’s, and a reversed blackmail plot — the film succumbs a bit to the kitchen-sink instincts of so many independent films, in which bigger and more clamorous is confused with necessarily better. Low-budget films that lack the resources of some of their bigger-budget genre counterparts often seem to reach for hijinks, writ large, in an effort to clinch market salability. The character of Dan, already a bit broadly sketched, figures into the proceedings more and more, but what’s meant to track as a strand of misguided obsession paralleling Jill’s just seems like misspent time. It feels like there’s a slightly more reigned in treatment of the same premise and end game that could have yielded even richer results.

What “Gone Doggy Gone” has going for it, though, is solid banter writing and some crisp, engaging characterizations and acting. The diminutive and demure Vorspan, playing a character who seems like she’s from a Todd Solondz film by way of the Farrelly brothers (or perhaps the other way around), is a real treat — cracked and vulnerable in a uniquely compelling way. Brown, meanwhile, has the wicked gleam in her eye of a raging, on-the-warpath, manic-sad compulsive, which works well in contrast with Walter’s more baseline, normalized exasperation at the unfolding situation. Ultimately, whether you’re the one who’s pooch-fixated or it’s someone else in your life, the freewheeling absurdism of “Gone Doggy Gone” will strike a chord of amusement.

NOTE: “Gone Doggy Gone” screens at Dances With Films on Friday, June 6 at 5:00 pm at the Chinese Theatres at Hollywood and Highland. For more information on the movie, visit its website at www.GoneDoggyGone.com. For screening tickets, click here: https://www.movietickets.com/purchase/perf_id/742082249/movieid/183934/language/0 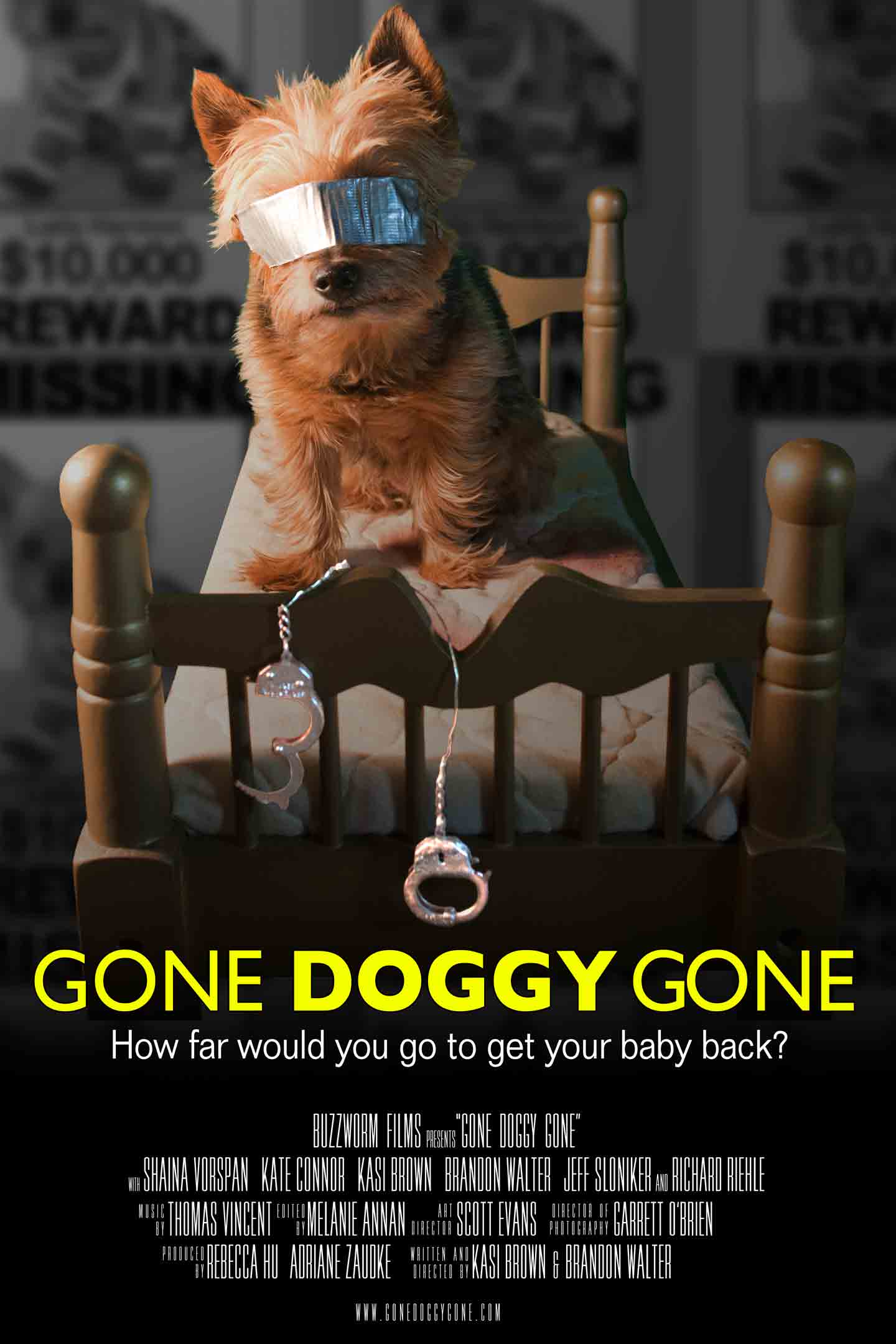