D “likes it fast” while H “likes to play”. After twenty years of such marital bliss this forty-something married artistic couple, without children, has decided to move on and sell their house. The house in question is not your ordinary flat but a towering citadel, in West London’s Chelsea neighborhood. It is a real house, not a set, which was built in 1969 by James Melvin, a modernist architect, who lived there with his wife for many years. This development has three floors with a spiral staircase running through it, and glass walls. People entering the shrine must remove their shoes. It has a private garage, a swimming pool and a garden, not to mention some working rooms, living room and a full size kitchen. The neighborhood is going through some structural changes and D has some concerns and anxieties about selling it to a developer that may implode the building, rebuild and divide the new creation to many rental apartments.

Without focusing on the “why” director Joanna Hogg gives us a 104 minutes’ fascinating tour of this see-through home, with all its nooks and crannies, upstairs and downstairs.

Viv Albertine, a graduate of the Hornsey School Art and the Chelsea School of Art, plays D with mature feminine honesty, not sparing us the character’s masturbatory habits. At one scene she puts on high heels, lathers her breast with lotion and masturbates in bed while H sleeps a few inches away.

Liam Gillick, a New York artist in real life, puts meat into H’s role, with very little background available. It is not too clear what this independent artist does for a living. Is he an architect? Does he write for a publishing house? That ambiguity aside, he plays a supporting role to D’s more independent character, who was offered a gallery exhibition in the very near future.

Supporting roles are provided by Mary Roscoe as a Guest, Harry Kershaw and Tom Hiddleston as Estate Agents. Casting was done by Olivia Scot-Webb.

Exhibition will not be appreciated by the “Fast and Furious” crowd. Patience is needed here since the subject matter grows on you during this 104-minutes drama. 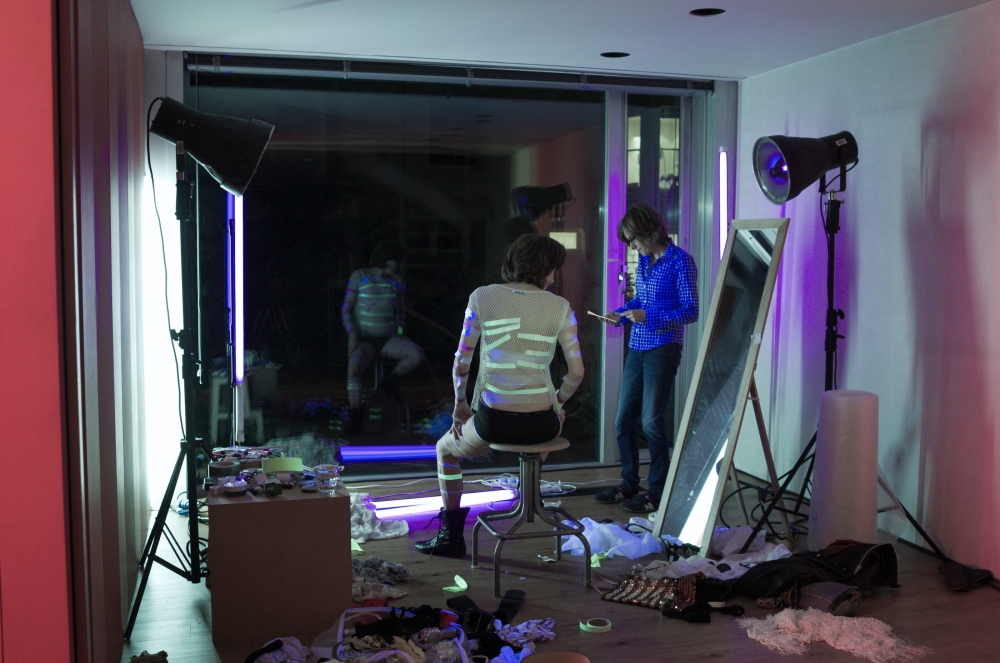