Austin, TX has become “Teenage Mutant Ninja Turtles” Central thanks to Mike Johnston’s mural and TMNT-inspired artwork. You can see the artwork below, as well as a picture of the mural. The mural is part of the HOPE Outdoor Gallery in Austin and really evokes the fun and action-adventure the film is hoping to capture.

Mike Johnston is an artist who is inspired by his international travels. “By day Mike Johnston teaches elementary art and at night he is a street art evangelist bringing the message of joy to the masses. He loves to paint on found objects and on giant concrete walls,” states his bio. “The four years that he and his wife lived overseas in Asia and the Middle East really shaped his creative process. One thing he hopes to be true about his art is that it brings a smile. His major influences have been comic books, Jesus Cristo, and street art.”

“Teenage Mutant Ninja Turtles,” directed by Michael Bay, will be in theaters Aug. 8. Write what you think about the film in the comments section below!

“The city needs heroes. Darkness has settled over New York City as Shredder and his evil Foot Clan have an iron grip on everything from the police to the politicians. The future is grim until four unlikely outcast brothers rise from the sewers and discover their destiny as Teenage Mutant Ninja Turtles. The Turtles must work with fearless reporter April O’Neil (Megan Fox) and her wise-cracking cameraman Vern Fenwick (Will Arnett) to save the city and unravel Shredder’s diabolical plan. Based on the Teenage Mutant Ninja Turtles Characters Created by PETER LAIRD and KEVIN EASTMAN with a Screenplay by JOSH APPELBAUM & ANDRÉ NEMEC and EVAN DAUGHERTY, Producer MICHAEL BAY (the blockbuster Transformers franchise) and director JONATHAN LIEBESMAN (Wrath of the Titans) bring Teenage Mutant Ninja Turtles, the popular franchise that has captivated audiences of all ages for decades, into the 21st century.” 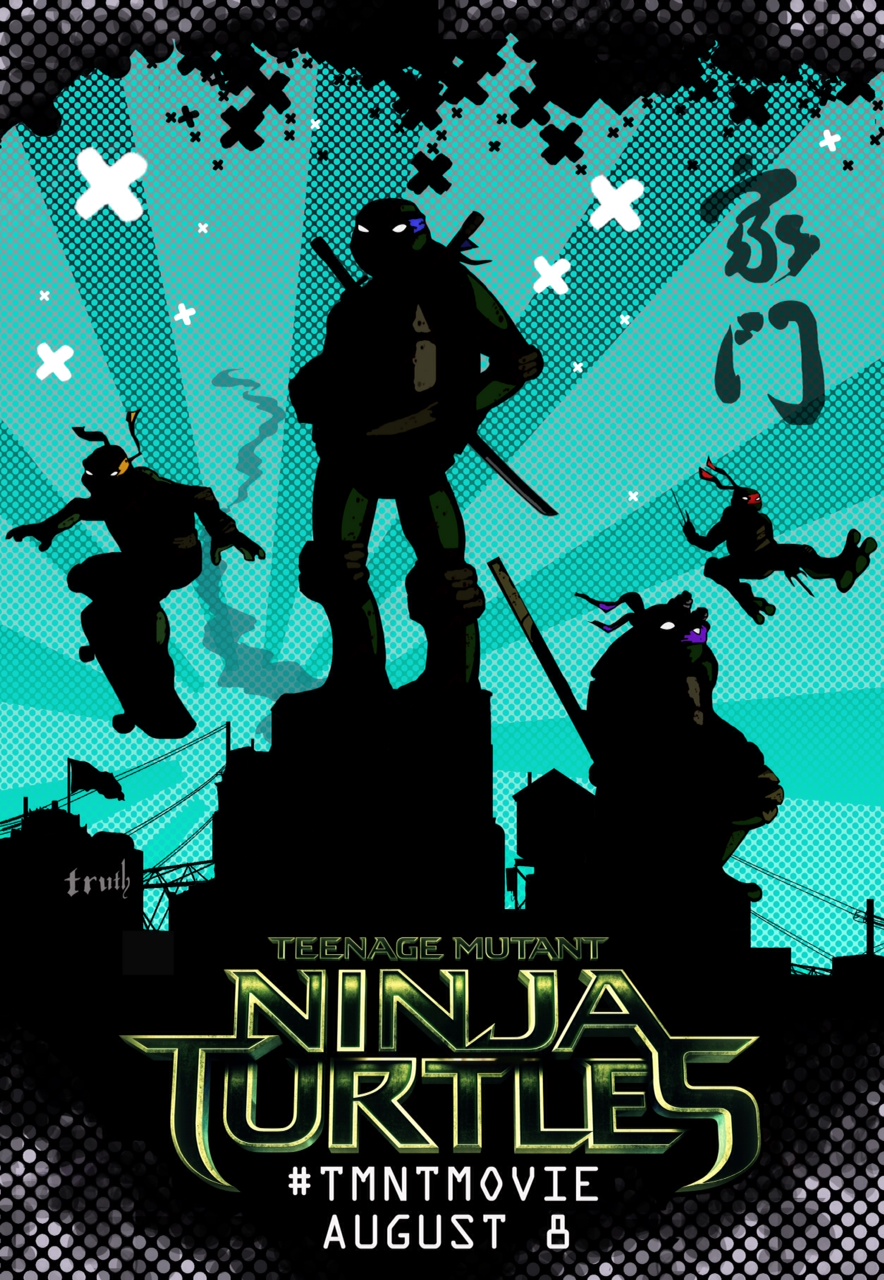