Summit Entertainment is encouraging film audiences to break it down with the release of the new offical trailer and poster from its upcoming romance drama, ‘Step Up All In.’ Fan favorite characters from the previous four installments of the hit dance series are reuniting as they head to Las Vegas for an epic dance battle. The crew competes for the ultimate prize, which could ultimately define their dreams and careers.

‘Step Up All In’ is set to be on August 8 released in theaters. The movie was helmed by Trish Sie, who made her feature film directorial debut with the fourth follow-up in the series. The latest installment, which was written by ‘Evidence‘ scribe John Swetnam, features Ryan Guzman, Briana Evigan, Stephen “tWitch” Boss, Misha Gabriel, Izabella Miko, Alyson Stoner and Adam Sevani.

For more information on ‘Step Up All In,’ visit the film’s Facebook, Twitter and Pinterest pages. Watch the drama’s official trailer, and check out its poster, below. 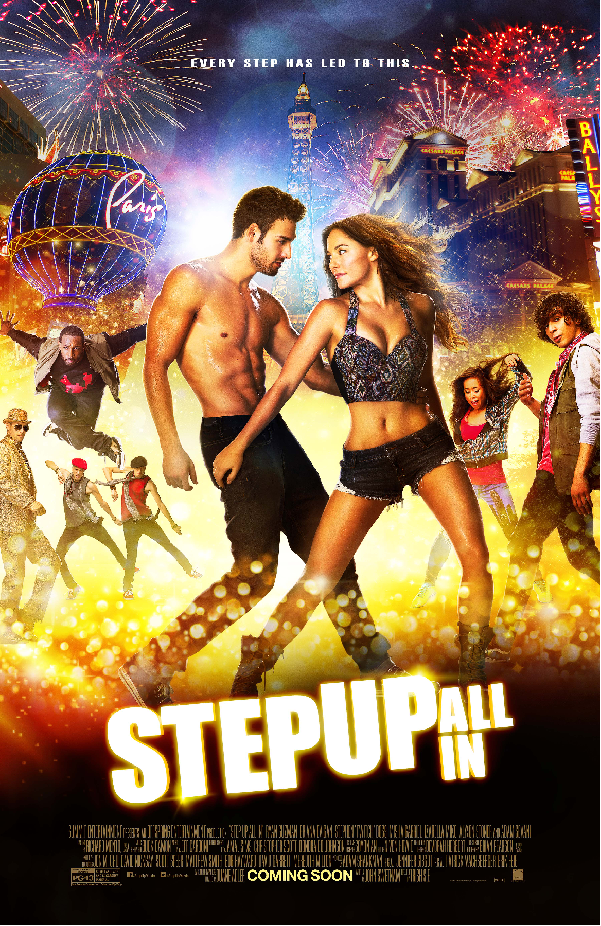