In November 2001, President George W. Bush issued this manifesto.  There is no room for neutrality in international politics. You are with us or against us.  A nation need not contribute troops, but all moral countries must take an active role in some way in the war against terrorism.   Such advice would have gone over like a lead balloon during World War II, when countries like Switzerland and Sweden maintained an iron-fisted neutrality even against an evil such as Nazism.  (Even though the U.S. was neutral during the early stages of the war 1939-1941, this was in name only as our country supplied the UK with destroyers under the Lend Lease program).

And Bush’s counsel cut no ice with the government of Sweden to this day.  That most prosperous Scandinavian state was eager to have its neutrality respected by Germany during the Second World War, even rolled over to some extent by allowing the German army to use Swedish railways to transport the German 163rd Infantry Division along with howitzers, tanks and anti-aircraft weapons.  Sweden also sold iron ore to Germany, but then again, the country allowed the Allies to use Swedish air bases during the last months of the war.

Still, there were voices against all compromises with the Nazis even at the risk of provoking a German invasion.  The leading voice of all was that of Torgny Segerstedt (Jesper Christensen), who risked the contempt of members of the Swedish government by churning out articles (“Hitler is the devil”) by the scores as editor-in-chief of the Göteborgs Handels-och Sjofartstidning newspaper.  Ironically, the publisher of the paper, Axel Forssman (Björn Granath), gave his editor a free hand even though he had been knowingly cuckolded by his rich wife Maja Forssman (Pernilla August)—who carried on a long-term affair with Segerstedt to the dismay of Segerstedt’s much ignored wife Puste Segerstedt (Ulla Skoog). Some people in high position believed that Torgny’s furious writings were influenced by Maja, who was Jewish, and that the publisher put up with the risky business because of his wife’s money—which presumably financed the newspaper’s operations.

In this dramatic tale, filmed in Sweden’s northern coastal town of Lulea and also in Filmpool Nord’s Studio Kronan, with the Lule River’s standing in for Klarälven.  The crew relocated to Gothenburg for eight weeks, then to Stockholm for a few days.

Director Jan Troell, whose “Everlasting Moments” focuses on a working class woman whose winning of a camera changes her life and whose “The Emigrants” deals with a couple trying to run a farm in Southern Sweden who emigrate to the U.S., this time covers a critical time in Sweden’s contemporary history.  Troell appears to believe—judging by the voices he cites against the editor’s actions—that this one man, Torgny Segerstedt, could be solely responsible for provoking the first war on Sweden’s soil since 1815, and indeed, Segerstedt and his Jewish mistress both toyed with guns and capsules which could be used had the Germans invaded.  The government is so alarmed by the flow of editorials that the prime minister, Per Albin Hansson (Kenneth Milldoff), though a dinner guest of the publisher, becomes furious when unable to stop the presses, though King Gustaf V (Jan Tiselius), known to be pro-German and no stranger to anti-Semitic feelings, finally gets his goons to raid the publication and censor some articles.

While about half of the picture’s fairly long 126 minutes deals with politics, the other segment treats the relationship within the eternal triangle: editor, wife, mistress, though neither Troell nor co-writer Klaus Rifbjerb, basing the screenplay on a book by Alfred Nobel biographer Kenne Fant, condemns Segerstedt as a “home-wrecker.”  Perhaps the makers of the film are so impressed with the principal that they ignore domestic criticism in much the way that the movie “Schindler’s List” ignored that title character’s womanizing, making him a flawless hero as well.

The film is done with a high degree of respect for its audience with a stellar performance from the 66-year-old Danish actor Jesper Christensen, whose résumé includes twenty-five years’ work in his country’s theater. 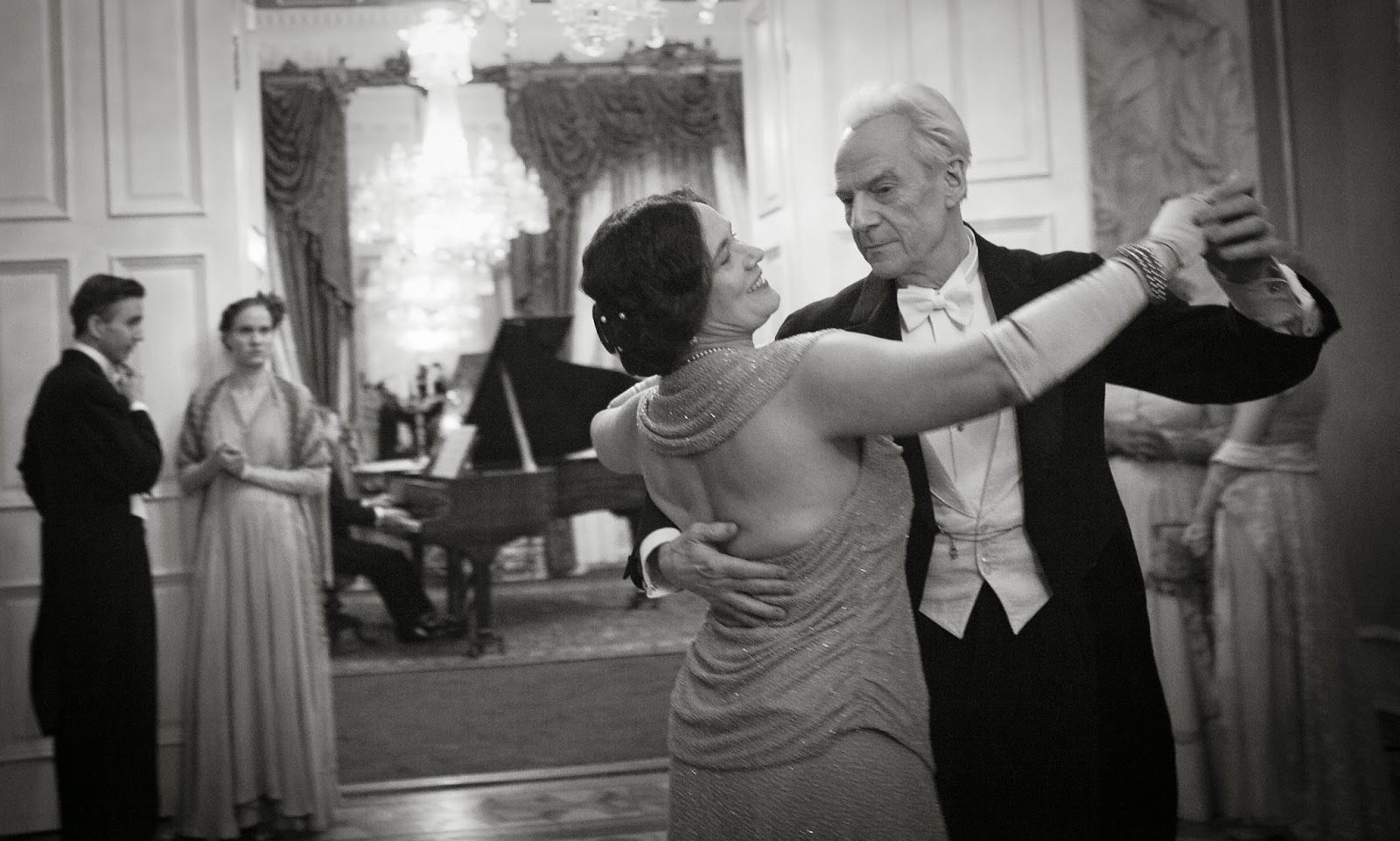