A West Coast premiere at the recent Dances With Films Fest, the documentary “120 Days” throws an affecting spotlight on the personal side of immigration, telling the story of a man who counts down the final four months with his family while weighing his options facing a voluntary deportation order.

In 1998, Miguel Cortes crossed the Mexican border into the United States. After working for a year, he saved up enough money to send for his wife, Maria Luisa, and two daughters, Yael and Saydrel, paying coyotes to traffic them illegally across the border. In 2005 the family moved to North Carolina, and settled into Raleigh area. They worked hard, paid taxes, broke no laws, settled into the community and enjoyed watching their children grow up.

Things changed when Cortes was stopped by a police officer. Having no driver’s license (banned for illegal immigrants in the state of North Carolina since 2006), he then found himself a victim of an expanded ICE federal mandate, 287(g), which deputizes local law enforcement to check the immigration status of people they pull over. Originally designed to help curb gang-related activity and other violent crimes committed by non-citizen residents, the program is now frequently used as a catch-all to weed out undocumented immigrants of all types. After paying a bond, the judge offers Cortes 120 days to get his affairs in order and return to Mexico. With the clock ticking, Cortes considers leaving his wife and children or changing his name, moving and disappearing into another American city illegally, either alone or with his family.

Contributing occasional narration but otherwise eschewing an investigative tack, director Ted Roach instead chooses to focus more tightly on the Cortes family unit. It’s an approach that yields emotional dividends. Making liberal use of warm home video footage, “120 Days” is an atypical family film, but a family film nonetheless — sort of a true-life version, minus the more pronounced criminal desperation and moral compromise, of the same type of razor’s-edge existence dramatized in Chris Weitz’s “A Better Life,” in which a man goes all-in for the betterment of his loved ones, damn the consequences.

“120 Days” could stand to broaden its focus just a bit — not pulling in talking heads to rehash heated and entrenched positions on the immigration debate, but including more family members. Maria Luisa and the Cortes girls participate freely, and their reminiscences provide the spine of Roach’s film. But it’s revealed late in the movie that two of Maria Luisa’s brothers — and, indeed, many family members — have entered the country illegally, and live in concert with Miguel and Maria Luisa, just across the parking lot in the same apartment complex. While they may have been understandably hesitant to be interviewed on camera, their perspective would have given more clarity to the Cortes’ situation, and also bolstered the strong ribbons of family and community already threaded throughout the movie. This has been the immigrant experience for every ethnic group that has come to America in its history — the development of a pocket of émigrés who support one another, as assimilation then happens by degrees and the younger generation in particular capitalize on the sacrifices of their parents. Showing the Mexican-American experience of undocumented families to be no different than so many Italian, Irish, Jewish and other families before them would have given the film even stronger resonance.

Still, in addition to its considerable emotional punching power derived from simply watching a loving family being rended apart, “120 Days” shows that we as a society can’t and don’t really want to know the full truth about immigration. Cortes is employed gainfully, sings in his church’s choir and works in his community, where he and his wife are honored by the local parks and recreation department for a traditional dance class they teach for youngsters. He has (white, gasp) friends who care about him. And he’s the victim of a broken system — but one of many, sadly.

NOTE: For more information, visit the film’s website at www.120DaysMovie.com. 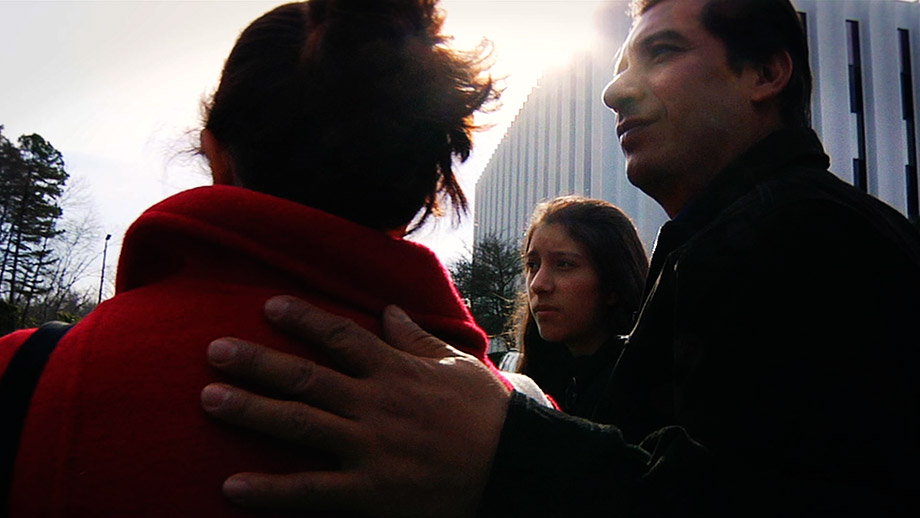