Title: Evolution of a Criminal

When one talks about personal filmmaking as a pathway to something special, they’d be hard-pressed to come up with a better example than “Evolution of a Criminal,” director Darius Clark Monroe’s documentary examination of a bank robbery he committed as a teenager. The winner of the Grand Jury Prize at this year’s Full Frame Film Festival and part of the Summer Showcase section at the Los Angeles Film Festival, the movie — lent his name by executive producer Spike Lee — is an engrossing evocation of poverty in America, as well as a moving look at redemption and second chances.

How does a 16-year-old honor student become a bank robber? That’s the question at the core of “Evolution of a Criminal,” and the answer is elucidated through an examination of what happens when economic desperation commingles with unformed, malleable teenage judgments. Growing up outside of Houston, Texas, in the late 1990s, Monroe saw his mother and stepfather struggle to make ends meet and stave off the suffocation of debt. When their own home was robbed, it seemed to trip a switch. After stealing VCRs off of a loading dock at work (justifying them as “replacements” for some of the things taken from his family), Monroe began to plot with two friends to knock off a Bank of America. Their scheme — in which they left class mid-day after feigning sick, and called in a bomb threat to another school to slow down any police response time — would net them more than $140,000. Four weeks later, however, they would be caught, and Monroe would eventually go to prison.

Blending home video footage with interviews with family members, uninvolved school friends, his co-conspirators and some of the innocent bystanders who happened to be at the bank that fateful day, Monroe delves into the motivating factors without absolving himself of responsibility. He also utilizes artfully interwoven recreations (surely a surreal feat to stage), which help the movie toggle back and forth between subjective and objective points-of-view.

Some of the plot details remain hazy (how one of Monroe’s friends first came into possession of the unloaded shotgun used in the incident, for instance), but “Evolution of a Criminal” isn’t a true crime tale — we know, from the title and earliest moments, that Monroe is guilty of the robbery. In this manner, the specifics matter a bit less — even if it’s hard to shake this curiosity, so conditioned by newsmagazine crime shows. One may wish the movie had dug a bit more into Monroe’s feelings about his incarceration and how long it took him to arrive at this very adult resting place of assumed responsibility (one of the three perpetrators, the one carrying the gun, escaped prosecution entirely), but the manner in which he explores issues of culpability, social ill, personal guilt and forgiveness is heartrending, marking him as an emerging filmmaking talent to watch.

NOTE: For more information on the movie, which screens again on Monday, June 16 at 2pm at the Los Angeles Film Festival, visit www.Facebook.com/EvolutionOfACriminal. 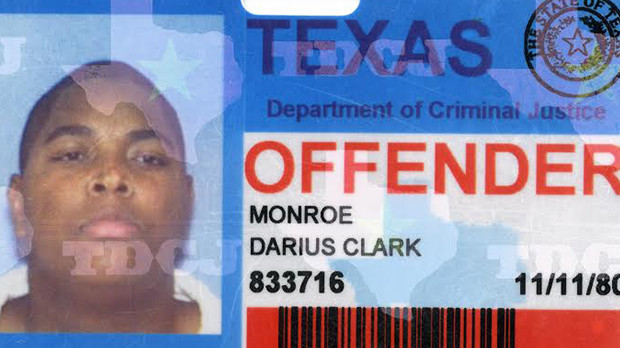