Accepting the people we have become and the way we relate to other people, particularly in times of unexpected crisis, are some of the biggest challenges young adults face as they enter the world and develop their identities. That natural exploration of the obstacles people often face when they embrace who they have become, and the connections they’ve made with the seemingly most important people around them, is realistically explored in the new independent drama, ‘X/Y.’ Actor-writer-director Ryan Piers Williams brought his new film, which he collaborated with his wife, America Ferrera, on, to this month’s 40th Seattle International Film Festival (SIFF), to showcased people’s shared quest for happiness and the desire to connect.

‘X/Y’ follows four interconnected New Yorkers who are struggling with both their careers and personal relationships. Struggling screenwriter Mark (Williams), who is still looking for his big break, is reeling from a surprising revelation from his girlfriend, Sylvia (Ferrera), who admitted to sleeping with a co-worker (Common).

Jake (Jon Paul Phillips) is a model, DJ, artist and photographer who’s burying his pain after his break-up with his longtime girlfriend through casual sex. Meanwhile, Jen (Melonie Diaz), who’s been unlucky in love, experiences another painful encounter when she sleeps with Phil (Danny Defarrari), a man she met online. She soon discovers he’s actually married and may have given her an STD.

Williams generously took the time to talk about ‘X/Y’ while promoting the drama at SIFF. Among other things, the actor-scribe-helmer discussed how he met with the cast before they began shooting, in order to talk about their ideas on their characters and the story; how he likes casting actors he knows personally before filming his movies, so that they already have a built-in chemistry they can bring to the plot; and how bringing ‘X/Y’ to SIFF was a wonderful experience, as the audiences were very intelligent, and responded well to the film

ShockYa (SY): You wrote and directed the new drama, ‘X/Y.’ Did penning the script influence the way you helmed the film?

I also wanted be free enough to move and respond in an organic way, so that I could capture moments that maybe I hadn’t thought of as just a director or writer. But with that being said, I am the director, so I did have this vision to really create and foster this environment where those magical moments could just happen.

SY: Speaking of creating those organic moments, did you allow the actors to improv at all on the set, or offer suggestions on their characters’ backstories and motivations, to help foster a sense of authenticity?

RPW: I didn’t do much improvisation. The time when my engagement with the actors came in the most, in terms of influencing the story, was in the rehearsals and when we met before we began filming. I love to meet with actors before shooting, and talk to them about their ideas and get their feedback. There are a lot of things in the script, such as character traits, that I changed, based on the actors’ feedback.

With ‘X/Y,’ I locked in the script before we started shooting, and we really shot what was scripted. There were a few moments of improvisation, but I didn’t do too much improv. But I did work with the actors beforehand, to make sure I was tailoring each part for each actor.

SY: Speaking of the rehearsals, do you feel that process is important and beneficial, not just on ‘X/Y,’ but all films you work on?

RPW: I definitely had rehearsals-I love them. It’s such a great opportunity to get to know the actors and discuss their ideas and characters, as well as try out moments. It’s also great to have the actors meet each other before we start filming, so they can talk about the dynamics between their characters. I definitely want to keep rehearsing on every film I do.

Often times when you make films, you don’t have much rehearsal time. But I find that the more you’re able to rehearse, even as informal as those rehearsals may be, the more beneficial that is to a film. It also makes it easier to approach the work when you get on set.

SY: What was the casting process like for the main actors, who play the couples in ‘X/Y?’

RPW: The casting process came together pretty organically. When I wrote the script, I didn’t know that America and I were going to playing the characters in the movie. But after hearing her notes, and discussing the film with her, she got really excited about the role of Sylvia, and wanted to play her. It was an awesome opportunity for us to work together in that creative way. So that came together organically.

Many of the other actors are people we know in our lives. Melonie Diaz has been a friend for awhile, and I’ve always admired her work. I thought she was an incredible actor. I also felt casting her alongside America would be really interesting, because they had a built-in chemistry. So we were really fortunate to have her in the movie.

That goes for all the other actors, as well. Jon Paul Phillips, who plays Jake, is one of my best friends, so we have a built-in chemistry, as well. So we were able to use that relationship and bring it to the set, and create a more dynamic relationship in the film.

Whenever I can, I like to cast people who already have a built in chemistry. Then you also do auditions and look for the best possible people to fill out the rest of the roles.

We were fortunate to have a lot of talented actors respond to the material, and wanted to be a part of the film. I also have a great casting director, Jeanne McCarthy. She’s one of the best casting directors in the business. She’s such a dream to work with on films. She brings in great ideas about people who I don’t always necessarily know, but they end up being exciting to work with on projects.

SY: Speaking of America, to whom you’re married to-how does having that personal relationship influence your on-screen chemistry together?

RPW: Yes, I think having that personal relationship helps immensely. We already have that built-in relationship, and when you’re working with someone like that, you can bring that authenticity to work. With America specifically, I’m married to her in real life, so we know each other’s strengths and weaknesses, and we’re really good at supporting each other.

This was a challenging film, so to have someone there to support you through that process is invaluable. It not only influences the characters, but also the set environment. It helped us go deeper than we thought we could have, or if we had been working with another person, since we have that built-in relationship.

SY: Besides writing and directing ‘X/Y,’ you also starred as Mark in the film. Does having that acting experience influence the way you pen and helm films?

RPW: Oh yes, I love actors, and I love working with them. So for me, the most exciting part of making films is working with the actors. I have a huge amount of respect for actors, so I feel being an actor myself gives me a huge perspective into the way they think and approach their work. That always drives me to talk to them in a way that I would want to be spoken to, and include them in the process in a way I’d want to be included as an actor. So it helped tremendously.

SY: You shot the drama in New York, where the story is set. Did filming the movie on location help in telling the story?

RPW: It definitely helped. I love shooting in New York, as it’s such a beautiful city, and has the best production design you can ever get. Everywhere you point the camera offers an interesting look, so shooting there added so much to the movie. It’s almost like another character, in fact. It added many layers to the storytelling.

From a purely linguistical standpoint, I found New York to be a fun and easy city to shoot in. We were able to shoot in a lot of locations where we knew the people who owned them, whether it was in people’s houses or restaurants, and they wanted to see the movie succeed. We had a lot of support shooting in New York, and that ultimately added so much to the film.

SY: ‘X/Y’ had its world premiere at the Tribeca Film Festival in New York, and it also screened here at the Seattle International Film Festival. What have your experiences at both festivals been like?

RPW: Both festivals have been great experiences. Showing the movie at the Tribeca Film Festival was awesome, because we were able to show it in the city we shot it in. The audience was primarily filled with people who understood those characters. So I had a wonderful time at Tribeca. I found the audiences there to be smart and engaging.

Showing it at Seattle has also been wonderful experience, as well. Similarly, they’re also very intelligent, and have responded very well to the film. They’ve both been great experiences.

What’s great about going to film festivals is that you have an opportunity to engage with the audience. You show the film and then have Q&As, which are awesome experiences that allow you to talk to people about the films, and hear what their feedback is, and answer their questions.

SY: You shot ‘X/Y’ independently. Did that influence the film’s creativity overall, and what was the overall process of shooting independently like?

RPW: Making an independent film is awesome. You have more creative freedom, which is great. I’ve also found that often times, you attract people who believe in your story, and they want to be a part of that process. So I love making independent films.

There are some pressures, however, as you’re often faced with logistical restrictions, or budgetary restraints. While at times they can be stifling, I find them to often times be exciting, because it forces you to think outside the box. It makes you come up with ideas and solutions to problems that you may not have if you’re making a big studio film. There are a lot of challenges, but it can ultimately be a thrilling experience.

SY: Do you have any plans on how you’re going to release ‘X/Y’ yet? Are you hoping for a theatrical or VOD release?

RPW: Well, we’re getting distribution offers right now, so it’s yet to be determined. But I think the plan would be to have some kind of theatrical release, as well as a possible VOD release at the same time. So that’s what we’re looking at right now.

SY: Once you’re finished showing ‘X/Y’ on the festival circuit and find a distribution deal, do you have any other projects, whether acting, writing and/or directing you can discuss?

RPW: I do have a couple projects I’m working on right now that I’ll hopefully get off the ground sometime later this year. 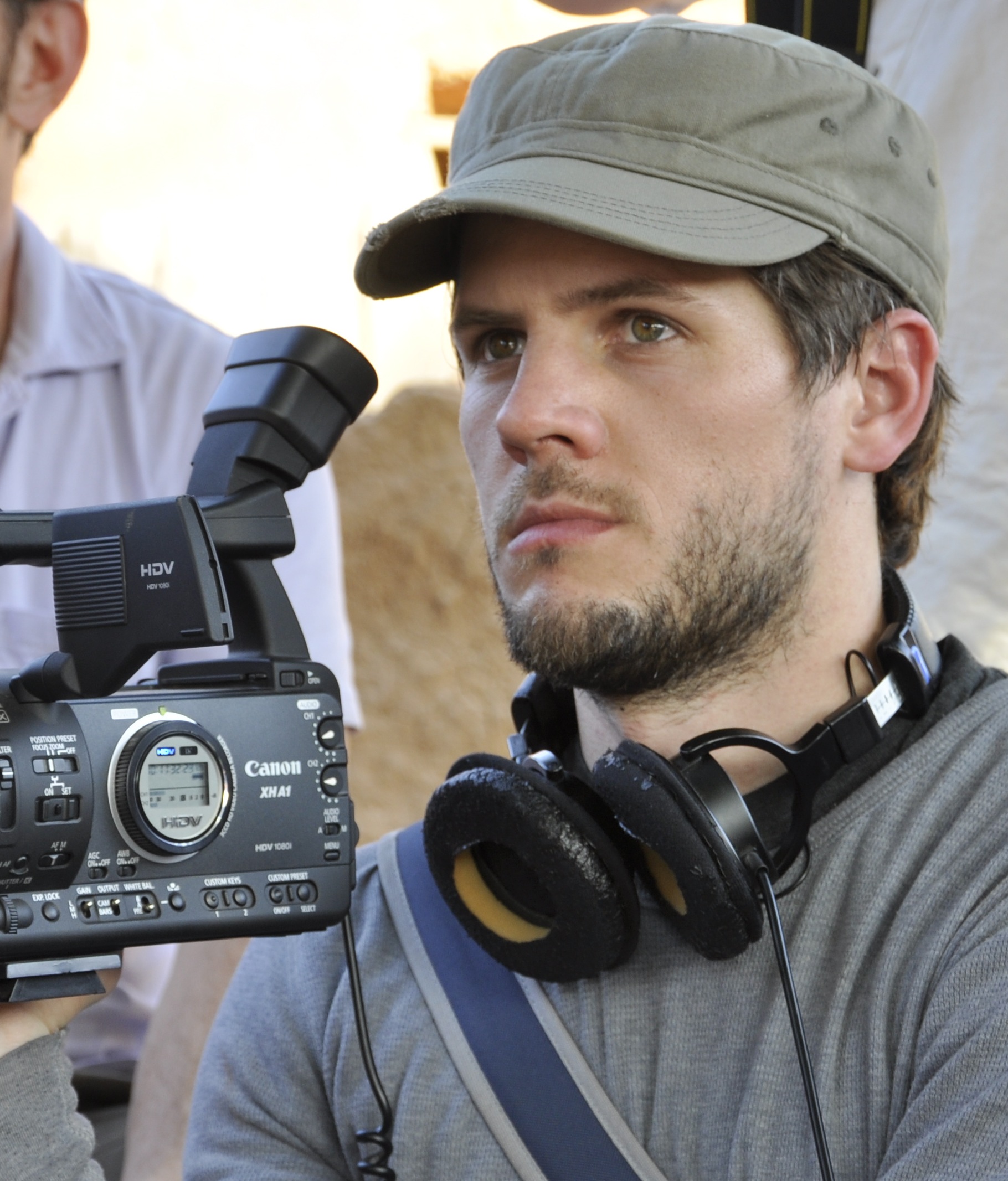