A Long Way Down Movie Review

Title: A Long Way Down

The director of ‘Heartbreaker’ comes back with a heartfelt and heart-moving story of lost souls, who find each other for healing, adapting with mastery the novel by Nick Hornby ‘A Long Way Down.’

The story is written in the first-person narrative from the points of view of the four main characters, Martin (Pierce Brosnan), Maureen (Toni Collette), Jess  (Imogen Poots)and JJ aka John Julius (Aaron Paul). These four strangers happen to meet on the roof of a high building called Toppers’ House in London on New Year’s Eve, each with the intent of committing suicide. Their plans for death in solitude are ruined when they meet. The novel recounts their misadventures as they decide to come down from the roof alive – however temporarily that may be.

The dark comedy plays off the themes of suicide, angst, depression and promiscuity, as the four wretched people form a surrogate family, to help one another weather the difficulties of their lives.

‘A Long Way Down,’ reminds us that we are not alone in being messed up in this insane world; and is the utmost demonstration of how “elective affinities” create a stronger bond than relatives and become your family by choice. 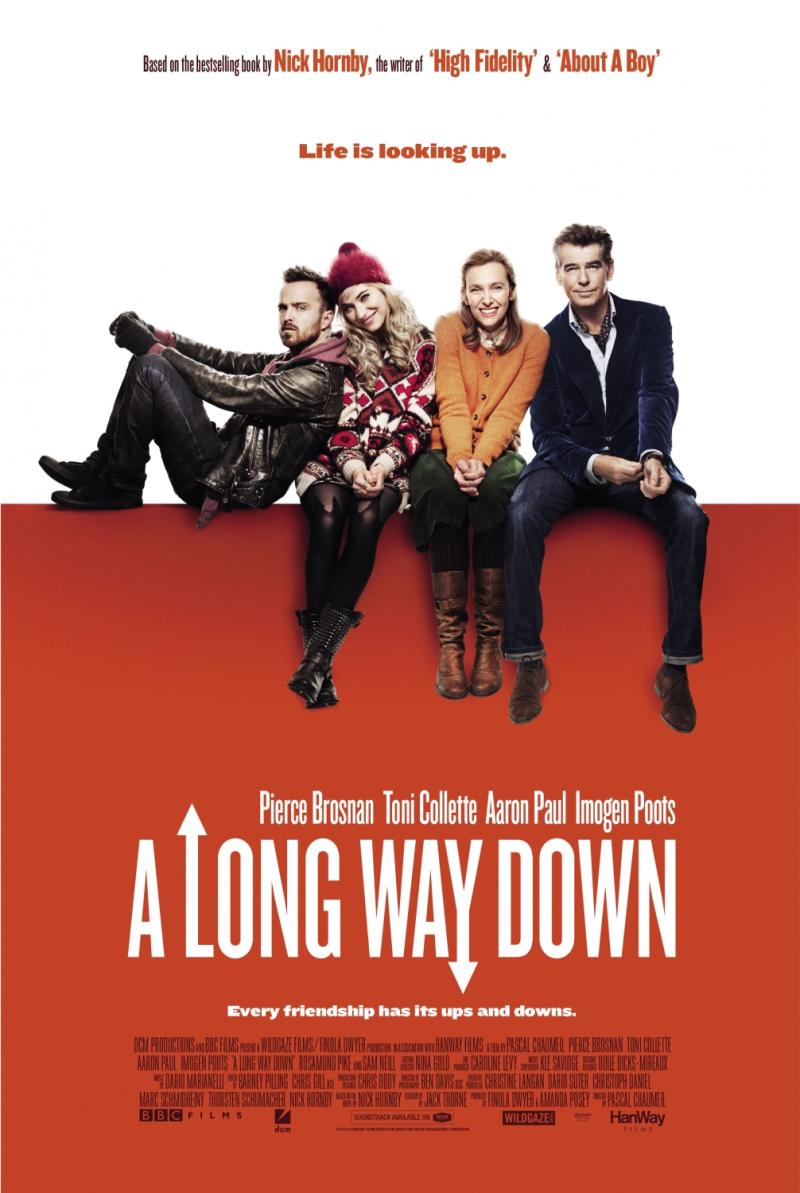