The new teaser trailer for “Foxcatcher” has got everyone excited! So excited, in fact, that people are now wondering if Channing Tatum has now put himself into contention for an Oscar. If you are confused about what’s got everyone so excited, check out the trailer right below this post.

The film is based on true events and tells the story of a tragic relationship between a multi-millionaire and two champion wrestlers.

Flattered by the attention and entranced by du Pont’s majestic world, Mark comes to see his benefactor as a father figure and grows increasingly dependent on him for approval. Though initially supportive, du Pont’s mercurial personality turns and he begins to lure Mark into an unhealthy lifestyle that threatens to undermine his training. Soon du Pont’s erratic behavior and cruel psychological game-play begin to erode the athlete’s already shaky self-esteem. Meanwhile du Pont becomes fixated on Dave, who exudes the confidence both he and Mark lack, knowing that these are things even his money cannot buy. Fueled by du Pont’s increasing paranoia and alienation from the brothers, the trio is propelled towards a tragedy no one could have foreseen.

FOXCATCHER is a rich and moving story of brotherly love, misguided loyalty and the corruption and emotional bankruptcy that can accompany great power and wealth. As with Academy Award® nominee Bennett Miller’s previous feature films, CAPOTE and MONEYBALL, he explores large themes in society through his complex character portraits of real people.”

What do you think about the film? Discuss the film below the post! 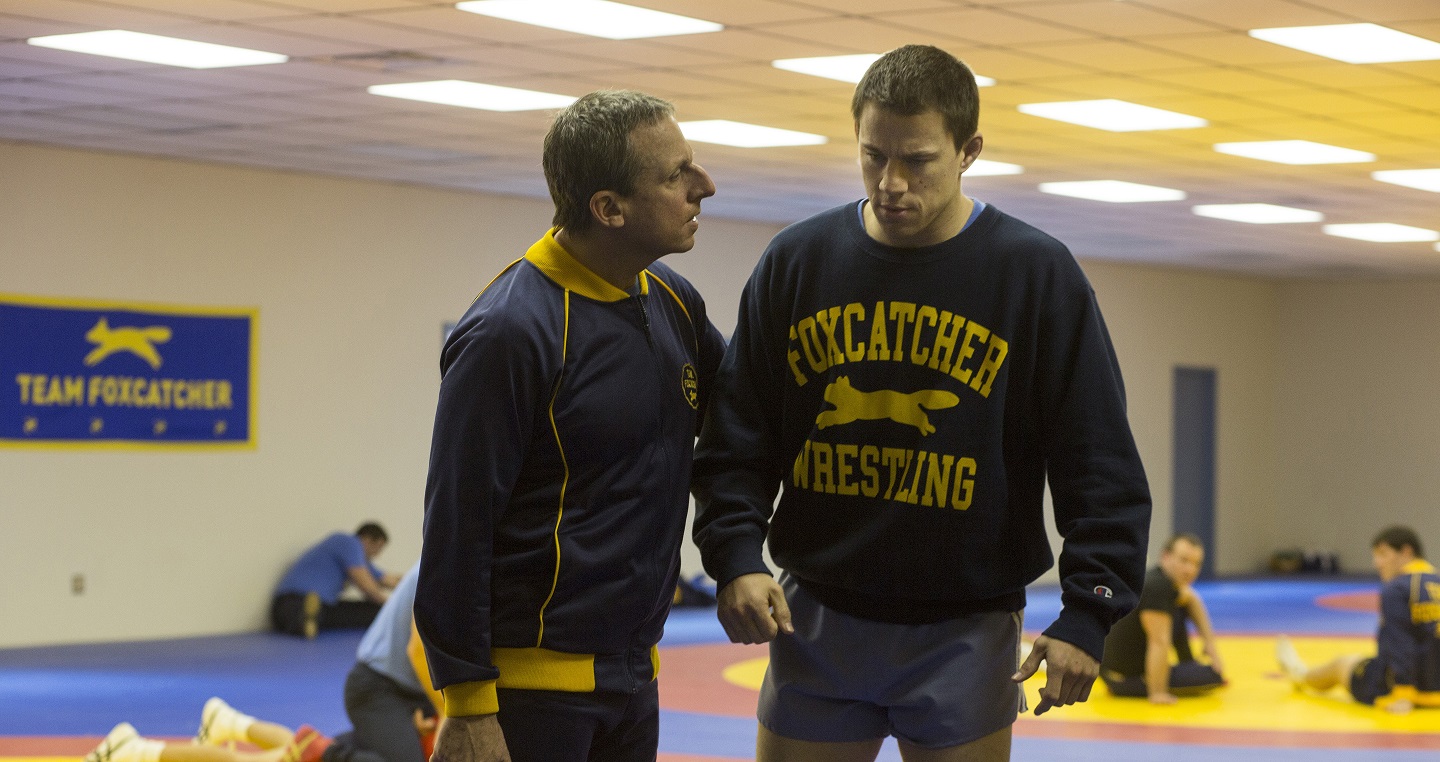