Joining an established, well-known community may initially be an unnerving job, especially for anyone unfamiliar with the society’s official way of life. This is certainly the case for one of the newest vampires, Willa Burrell, on the hit HBO mystery fantasy drama series, ‘True Blood,’ as well as the actress who portrays her, Amelia Rose Blaire.

The gifted and resourceful star, who first stepped into the role during the show’s sixth season last summer, reprised her character in the current and final last season of the Emmy Award-winning series. Blaire, who was at first daunted by working with some of the actors she respects the most, and being integrated into storylines with some of her favorite characters so late into the series, as they already had established methods of working together, naturally and instantly assimilated with her co-stars. Her natural ease at joining the cast helped fuel plausibility into Willa’s attempts to adjust to her new lifestyle with her fellow vampires.

So far, the seventh season of ‘True Blood’ has followed a band of rogue H-vamps as they crash the vampire-human mixer at the Bellefleur’s, much to disastrous results. As Sookie Stackhouse (Anna Paquin) seeks refuge from accusations that she’s somehow to blame for the chaos in Bon Temps, the ‘one vampire for every human plan moves forward. In the face of a vigilante insurrection led by Vince (Brett Rickaby), Bill Compton (Stephen Moyer) receives aid from an unexpected source.

A trio of hostages taken in the Bellefleur’s attack looks to a familiar face as a possible liberator from the H-vamps. Sookie and Jason (Ryan Kwanten) visit the neighboring town of Saint Alice, where a young woman’s diary offers clues to the potential fate of Bon Temps. Spurned by Lafayette (Nelsan Ellis), a desperate Lettie Mae (Adina Porter) turns to Willa to channel her family past. Vince whips his fellow vigilantes into a dangerous frenzy. Pam’s (Kristin Bauer van Straten) search for her maker leads her to a very familiar place.

Blaire generously took the time to talk about the current seventh season of ‘True Blood’ during an exclusive interview over the phone. Among other things, the actress discussed how she was a fan of the drama series since the first season, so being cast in the role of Willa was a surreal experience for her; how she’s excited to showcase how Willa’s relationship with Eric will be changed during the current season, as a result of the Season 6 finale; and how she likes working on television series like ‘True Blood,’ as she doesn’t immediately know the fate of her characters, unlike in films, which allows her to stay in the present of each character.

ShockYa (SY): You appeared in several episodes of ‘True Blood’ during the sixth season, starting with the second episode, ‘The Sun.’ How did you initially prepare for the role of Willa, and what was the process of staying in her mindset for the current seventh season?

Amelia Rose Blaire (ARB): Well, last season Willa went through the Vamp Camp. So I visited the Museum of Tolerance in Los Angeles, and watched a lot of movies from the Holocaust, particularly a documentary ‘Forgiving Dr. Mengele.’ The movie is about the doctor who worked with Hitler, and did some creepy experiments on the prisoners. So those were some of the things I used to get into the mindset of what Vamp Camp meant and how it affected me.

With this season, I didn’t know where Willa was going to go before we shot the episodes. So I stayed present with each script I received, and looked at where the season would take me.

SY: Eric, who’s played by Alexander Skarsgard, was responsible for turning Willa into a vampire last season. Will their relationship evolve over the course of this season?

ARB: I think it has to change, based on all the stuff that happened during the Season 6 finale. I’m excited to show what goes down between the two of them this season, because it’s definitely an important relationship.

SY: Since ‘True BlooD’ aired its first five seasons before you first portrayed Willa, what was the experience of joining an acclaimed show so late in its run? Were you a fan of of the show before you joined the cast?

ARB: I’ve been a fan of ‘True Blood’ since Season 1. I remember watching the pilot and freaking out about it. So when I got cast on the show, it was really surreal. At the beginning of preparing for each episode, we had a table read with the cast and a lot of the crew. So seeing every single one of my favorite characters and actors sitting at the same table was unreal.

Working on the set, it was such a huge production. There’s so much that went into each episode. Seeing how all of that came together, and seeing all the secrets behind the vampires, was really inspiring. They made it easy to give over to your imagination, especially with all the sets, makeup and wardrobe.

SY: Besides appearing on ‘True Blood,’ you have also had recurring roles on several other series, including ‘Grimm’ and ‘90210.’ What is ti about acting on television that you enjoy so much?

ARB: What I like television is how fast it moves. I also like that when you get a script, instead of knowing exactly where you’re going to start and finish, you get one at a time. So it’s kind of like life, in that you don’t know what’s going to happen next; you’re just moving with whatever’s in front of you. But with a film or a play, you know the beginning, middle and end of a story. But I like not knowing what’s going to happen.

SY: Besides the length of time you have to prepare for a cable series like ‘True Blood,’ how has the experience on the show compared and contrasted to the other series you’ve appeared on throughout your career?

ARB: Well, the subject matter on ‘True Blood’ is much grittier, and can be taken much further than network television shows.

SY: You studied acting at the Sanford Meisner Center and the Atlantic Acting School. Since you’re trained in conservatory theater, are you interested in appearing in plays again in the future?

ARB: Oh, yes. I think being able to perform on stage is very brave. Unlike working on a film or television set, you have to stay in character and in the story the entire time. You can’t get a cut or a chance to breathe. If you drop out of the moment in the middle of the scene, it’s up to you to get right back in there as soon as possible, because you can’t get back in there and redo it.

There’s something very exhilarating about being on stage in front of a live audience. I would love to continue to do it, because it’s a very good discipline.

SY: Did your training help prepare you for your acting career overall, both on stage and on screen?

ARB: Yes, studying my craft has always been extremely important to me, and it’s a big part of who I am as an actor. I started studying when I was 15, and it was very important for me to be the best actor I could be, and it helped me continue to grow. Without the knowledge of my craft, I wouldn’t be able to be the actor that I am today. 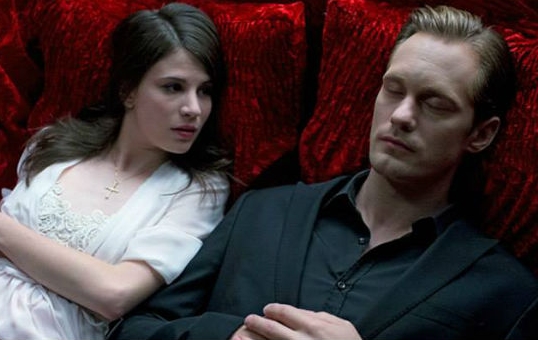