The daunting mystery of the suddenly tragic death of a young man is being revealed as the independent movie, ‘August Falls,’ which has just started filming its principal photography. The mystery film, which is being directed by Sam Hancock, is being shot entirely on location in Berkeley and Oakland, California.

‘August Falls,’ which was co-written by Hancock, marks the second movie helmed by the director. He made his feature film directorial debut with the drama ‘Being Us,’ which launched on national VOD this week. “It’s really exciting to be able to start production on a new film the same day our first feature receives an international release. Seeing one project through to distribution gives a strong sense of purpose to the creative process of the next,” said the filmmaker.

The following synopsis for ‘August Falls’ has been released:

Balk plays Anna Ellison, a woman who will stop at nothing to discover the truth of her estranged son August’s (Fix) disturbing death. The police, concluding the tragedy to be a suicide, offer little solace. In her attempt to make sense of her loss and grappling with feelings of guilt, she moves into August’s apartment. There she meets Jonas (Baker), the building’s superintendent. Though guarded at first, Jonas and Anna form a tentative bond, a shared longing for love and company in a desolate world. Convinced that her only child did not die by his own volition, Anna seeks out the people and places he had known. Her investigation brings her and Jonas into the dark corners of a criminal underworld, where she is forced to confront the true nature of human cruelty. 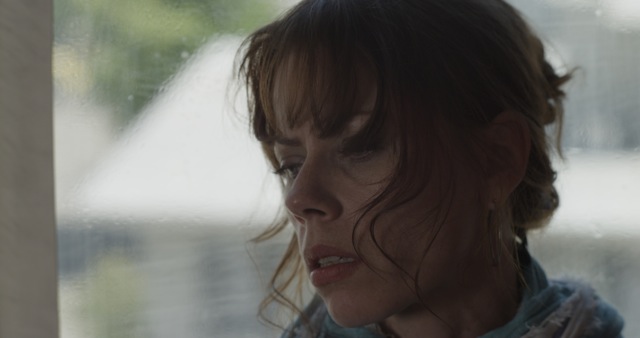