Director Spike Lee previously received a “joint collection” treatment, in the form of a special DVD set, but a pair of new-to-Blu-ray collections include completely brand new audio commentary tracks from the divisive filmmaker, as well as titles not featured in that collection and not previously available in this format. “The Spike Lee Joint Collection: Volume 1” features 1998’s “He Got Game” and 2002’s “25th Hour,” both in superb 1080p high-definition, 2.40:1 non-anamorphic widescreen transfers.

In the former film, convict Jake Shuttlesworth (Denzel Washington) is granted temporary release from state prison in order to attempt to persuade his son Jesus (Ray Allen), the nation’s top high school basketball recruit, to play for the governor’s alma mater. In “25th Hour,” former king of Manhattan Monty Brogan (Edward Norton) is set to head to prison for seven long years. In his last day on the outside, Monty tries to reconnect with his father James (Brian Cox), reunite with old friends Jacob and Frank (Philip Seymour Hoffman and Barry Pepper), and also figure out if his girlfriend Naturelle (Rosario Dawson) was the one who tipped off the cops to his misdeeds.

Lee’s ambitiousness, technical boldness and penchant for thematic underscoring until his highlighter has turned dry sometimes gets him in trouble, but in these films — and especially “25th Hour” — it’s counterbalanced by solid plotting, concrete dramatic friction and stakes, and wonderful acting. David Benioff’s novel provides the sturdy underpinning for “25th Hour,” but the film is also attached to the currency of its time in a very palpable and engaging way. Similarly, “He Got Game” is also a compelling zeitgeist offering — a movie shot through with an electric undercurrent of murky morality that seems to presage the only growing obsession with prep school recruits, and their intersection with big money and amateurism issues.

While “He Got Game” features merely an audio commentary track with Lee and Allen, it’s a good one, bopping back and forth as it does between anecdotes about the film itself and basketball more broadly (since Lee is a longtime hoops fan, and his beloved New York Knicks the not infrequent recipient of three-point daggers from the sharp-shooting Allen during his many years with various other NBA squads). The “25th Hour” Blu-ray, meanwhile, ports over previous supplemental bonus features, which include two solo audio commentary tracks (one from Lee, one from Benioff), deleted scenes, a making-of featurette and a more specific look at post-9/11 clean-up efforts at Ground Zero, against which the film unfolds. There’s also a brand new feature-length audio track with Lee and Norton, which is absolutely superb; the men are both highly intelligent, and their discourse transcends mere production-oriented banter, digging into the movie’s themes and how the work has evolved in their eyes in the years since it was made.

Science-fiction, along with horror, is easy to do on the cheap. It’s considerably less easy to do well, and inventively to boot. British import “The Machine” manages to accomplish both feats — no small task for a low-budget film with a cast many folks would be hard-pressed to name a combined three screen credits for, if recognize at all. Written and directed by Caradog W. James, the movie unfolds against the backdrop of a second Cold War, with the West locked in deadly conflict with China. Great Britain’s Ministry of Defense wants a game-changing weapon, and scientist Vincent McCarthy (Toby Stephens) has developed a cybernetic super-soldier through work with brain-damaged war veterans — even if the main thrust of his research, unbeknownst to others including his boss Mr. Thomson (Denis Lawson), involves trying to unlock neuro-cognitive advances that can assist his ailing daughter. He hires a brilliant new protégé, Ava (Caity Lotz), and lets her in on his secret, but Ava quickly discovers that not all is as it seems, and a battle over this unique new marriage of human and sentient technological creation ensues.

“The Machine” is a brooding, visually stylish work, anchored by superlative cinematography from Nicolaj Brüel and a moody score from composer Tom Raybould. But, just as hearteningly, it’s also brimming with big ideas that are smartly translated to the film’s size and scale. James — who has only one other feature film credit, “Little White Lies,” to his name — delivers a script with some engaging twists and all sorts of smart little details. Its sundry influences are obvious, particularly as the movie wears on, but this is a great, off-the-beaten-path genre treat that deserves a broader audience. “The Machine” comes to Blu-ray presented in a 1080p high-definition transfer, in a letterboxed widescreen format that preserves the aspect ratio of its original theatrical exhibition. Alongside the requisite chapter stops and trailer, there’s a behind-the-scenes featurette that runs under 20 minutes but includes an array of interesting interview material with cast and crew.

On the other end of the taut genre spectrum, meanwhile, “Scavenger Killers” offers up paychecks for a host of recognizable faces (Dustin Diamond, Eric Roberts, Robert Loggia, Charles Durning) and abundant lunacy for viewers. The story centers on a judge (Robert Bogue) and a criminal defense attorney who decide they’ve had enough of the justice system, and decide to embrace the immediacy and efficacy of a maniacal killing rampage. Director Dylan Bank, working from a screenplay by Kenneth Del Vecchio and co-star/”Playboy” pin-up Rachael Robbins, delivers what might best be described as the cinematic equivalent of a fever-dream knock-off of Rob Zombie fan-fic, with graphic gore and lurid sneering and posed, air-quote sensuality all tossed into a casserole, and served with much rib-nudging gusto. Unfortunately, it just doesn’t track, either as a genre exercise proper or a deconstructed satire of excess. Housed in a regular plastic Amaray case in turn stored in a complementary cardboard slipcover, “Scavenger Killers” comes to dVD presented in 1.78:1 widescreen, with a Dolby digital 5.1 surround sound audio track. Special features include chapter stops, a clutch of trailers, a behind-the-scenes featurette and material from the movie’s premiere at the Hoboken International Film Festival.

An engaging piece of nonfiction portraiture, director Sophie Huber’s “Harry Dean Stanton: Partly Fiction” takes a look at one of the most interesting, iconic character actors in American film of the past half-century. Lensed partially in evocative black-and-white by Seamus McGarvey, the movie intersperses ruminations and plaintive song interludes — music being one of its subject’s deepest passions — with clips from some of Stanton’s 250 films and interviews with some of his collaborators and friends, like David Lynch, Wim Wenders, Kris Kristofferson and Sam Shepard. Stanton himself is an enigmatic figure and sometimes reluctant interviewee — though he reminisces about early film projects, living in Laurel Canyon with Jack Nicholson and befriending Marlon Brando, anecdotes don’t come naturally to the 87-year-old actor — so when his assistant dubs him “the Forrest Gump of Hollywood,” it’s a characterization that doesn’t particularly seem to hold much value or insight. But amidst all the inscrutability, a vividly melancholic portrait emerges in relief. Stanton dodges on the issue of whether he has children, for instance, indicating that he believes he does but never took any blood tests to confirm paternity, saying, “That’s love, that’s real love — when you’re not attached.” His love affair with the much younger Rebecca De Mornay (she left him after he helped her score an audition for “Risky Business,” during which she would strike up a relationship with co-star Tom Cruise) seems to hold a certain sadness, but not necessarily much more than comes through when Stanton recalls his childhood or any number of other heartbreaks that linger so close to the surface of his being. A fittingly idiosyncratic documentary for a one-of-a-kind talent, the warmly standoffish “Partly Fiction” is the filmic equivalent of a lazy, lilting afternoon conversation with a wisened elder, drawing a viewer slowly, almost unconsciously forward in their seat.

In a somewhat similar vein is director Jon Brewer’s “B.B. King: The Life of Riley,” narrated by Morgan Freeman and inclusive of interviews with Eric Clapton, Bono, Bruce Willis, Ringo Starr and many others. B.B. King is a musical legend, and this affectionate documentary serves a fitting testament to the man known far and wide as the “King of the Blues.” Anchored by chats with King himself, Brewer’s film takes a much more straightforward tack than that of “Harry Dean Stanton: Partly Fiction,” and it’s nowhere near as restless or arty. But it punches cleanly and with purpose, lending sympathetic voice to the story of a somewhat orphaned youth, and how music came to be his savior. Housed in a regular plastic Amaray case in turn stored in a complementary cardboard slipcover, “B.B. King: The Life of Riley” comes to DVD on a region-free disc; supplemental bonus features consist of live performance material from a 2011 Royal Albert Hall concert, as well as extended interviews with King and some of the aforementioned players.

Finally, the home video format throws a spotlight on all sort of niche collections, and few companies have successfully mined this seam more than Synapse Films and Impulse Pictures, who have brought all sorts of grindhouse, exploitation and other genre flicks from the 1960s, ’70s and ’80s into the digital age. With “42nd Street Forever: The Peep Show Collection Volume 3” they give a showcase to the sort of 8mm stag films that played in dodgy adult theaters in major cities. Thousands of these salacious, cheaply produced underground movies were made between the 1960s and ’80s, sold in the back of sex magazines for regions they couldn’t reach. Here, 15 hardcore loops are gathered, with titles like “Don’t Splash,” “Love Machines,” “Army Bitches” and Grateful Boobs.” Housed in a regular plastic Amaray case, “42nd Street Forever: The Peep Show Collection Volume 3” comes to DVD presented in 1.33:1 full-frame, obviously, with a Dolby digital 2.0 mono audio track that provides only a steady projector-like hum under the images. The high-definition remastering can only do so much, given the nature of the source material, but the inherent grittiness is part of the appeal of these illicit offerings. Alongside a motion menu disc with individually selectable chapters or a select-all function, liner notes from “Cinema Sewer” publisher Robin Bougie constitute the only supplemental extra, in a full-color fold-out sleeve that features an array of old sex magazine images on front and back. 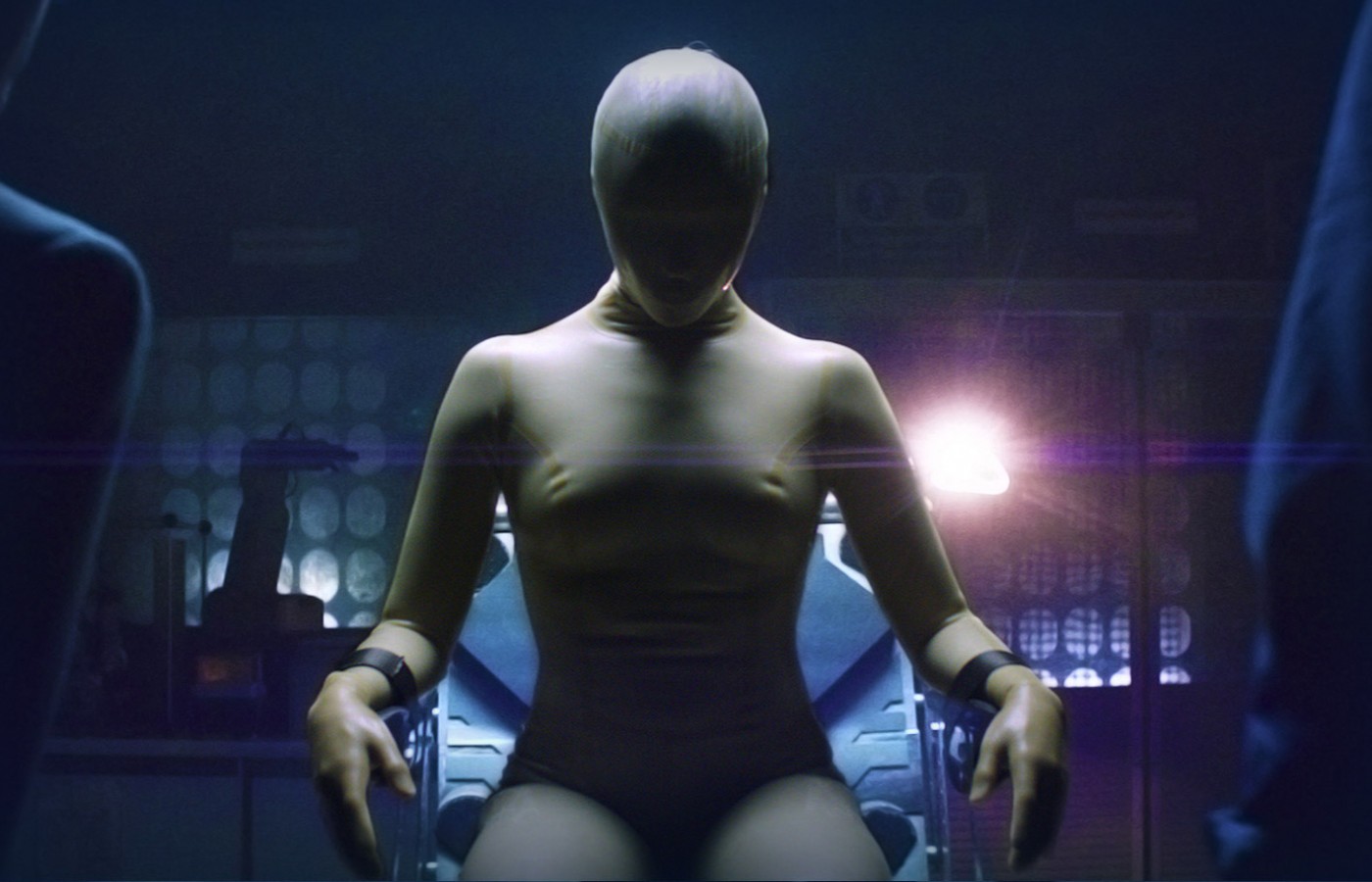