‘Septic Man’ follows the title character, Jack (Jason David Brown), a sewage worker who is determined to uncover the cause of the town’s water contamination crisis. During his investigation, he becomes trapped underground in a septic tank and undergoes a hideous transformation. He must team up with a docile Giant and confront a murdering madman in order to escape. 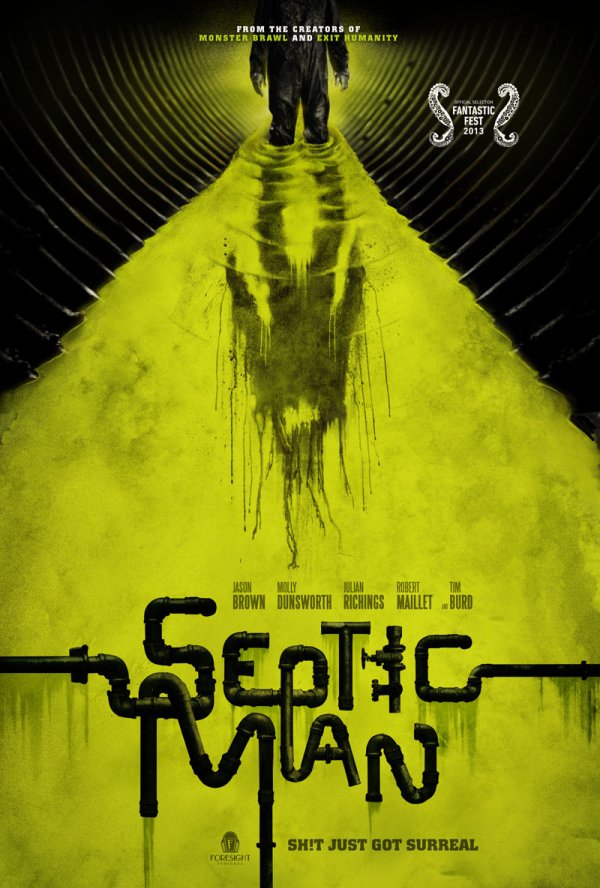