“I’m lost in all this bullshit — I don’t even know who I am anymore!” screams a character late in “Among Ravens,” and at no point in the 103-minute running time of this dysfunctional-family drama does an audience member feel more of a surge of empathetic identification and crystal-clear truth. Co-directed by Randy Redroad and Russell Friedenberg, this indie film is an achingly pretentious turd-burger, through and through.

“Among Ravens” unfolds during an annual July 4 party hosted by Wendy (Amy Smart) and her trust-fund second husband Ellis (Joshua Leonard), at their California lakehouse. In attendence is Wendy’s first husband, best-selling author Saul (Friedenberg), ostensibly to spend some time with their 10-year-old daughter Joey (Johnny Sequoyah, also Friedenberg’s daughter in real life). In tow is Saul’s philandering and unhappy current wife, Emma (Victoria Smurfit), as well as slacker life coach Hal (Calum Grant), Hal’s new hippie girlfriend Saturn (Castille Landon), Madison (Natalie Imbruglia) and the requisite weirdo, Chad (Will McCormack), who seems to suffer from some sort of unspecified mental disorder but of course quickly develops some unspeakably deep and significant bond with Joey. Amidst all the heavy-headed dramatic cattle-prodding, metaphorical explanations to kids involving flowers and weeds and birds (oh, the bird analogies!), several secrets are revealed: Saul’s books are all ghost-written by Will (Christian Campbell), Ellis’ finances are a mess, and Saul very much still wants to have sex with Wendy.

Some of the dialogue seems to indicate a straight-faced comedy of blithely blinkered dysfunction (“You should be grateful you blocked my creative voice,” Saul tells Wendy), but “Among Ravens” literalizes other subtextual unhappiness in an extraordinarily hamfisted way (“Because then everything’s good and our wives aren’t emotionally distant!” yells Ellis at one point). Characters like Saturn, who flit around the edges of the story until required to step in and help pull the plot forward, are terribly written (“That’s why I don’t have sex — at least not like you guys do,” she says. “I fuck only to elevate to a higher spiritual plane — orgasm is a waste of energy”); meanwhile, others, like Chad and Will, are complete ciphers. Simply put, this is a terrible script that mistakes navel-gazing self-regard and clichéd, capital-I incident for high art.

Cinematographer Darren Genet tries to find some semblance of beauty in the natural surroundings, but is undone by Redroad and Friedenberg’s insistence on handheld histrionics. The music, from Fall on Your Sword, is actually good — it’s too bad the movie it serves is such a total, yawning misfire. 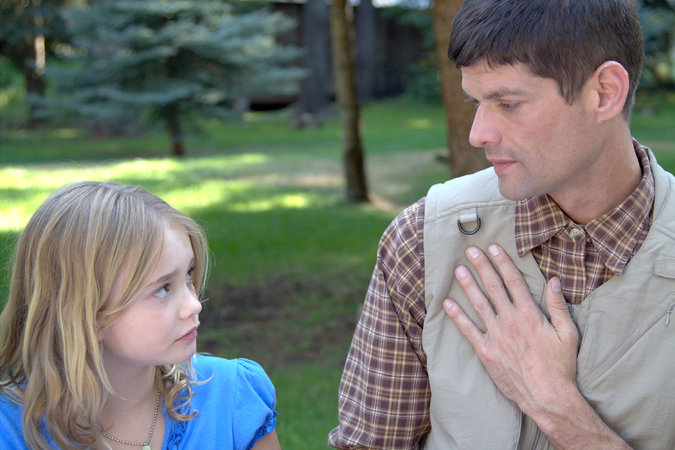