Jason Momoa has made a name for himself on both the small screen and the big, in projects like “Stargate: Atlantis,” “Game of Thrones” and “Conan the Barbarian” — mostly via his brooding physicality. “Road to Paloma,” though, finds the actor branching out, by degrees. Co-written with Robert Homer Mollohan, Momoa’s dusty, Southwestern-set directorial debut is a road movie/crime flick/wanderlust mash-up, centering on Wolf (Momoa), a Native American biker who finds himself living on the lam after avenging his mother’s rape and murder. For ShockYa, Brent Simon recently had a chance to speak to Momoa one-on-one, about how he enjoyed juggled duties behind and in front of the camera, filming a sex scene with his wife, and those rumors of him being cast as Aquaman in “Batman v Superman: Dawn of Justice.” The conversation is excerpted below:

ShockYa: “Road to Paloma” is in some respects a revenge tale, but part of the film also seems to scratch a particularly male itch… about the friendship between Wolf and Cash (Mollohan) and hitting the open road — that freedom subconsciously longed for, of not having the responsibilities or entanglements of relationships. Is that accurate?

Jason Momoa: I think so. I grew up always traveling, from Iowa to Hawaii, and then when I got a bit older I found myself traveling all around America still, whether it be by bike or in my truck or living out of an Airstream. I spent a lot of time in the dirt and traveling around. So a lot of the places we used were [places] I’d already been to. Before I was married with children I was like that — I rambled all over, and I really enjoyed that carefree spirit, going left down a road, taking another right and just kind of finding out where life takes you. Now it’s in the past because I have a home and I’ve done that, so it’s kind of a nostalgic thing, being on the road. I like that, and so that was one of the first things me and Rob talked about — we wanted to make a road movie. We’re both motorcycle enthusiasts. I’ve had Mable, my bike, since I was 19 years old. I’ve been riding for half my life. And then we wanted to make something that was poignant too — just being an actor and wanting to play (complex) roles, and (wanting) the first thing I was going to be directing to say something. Rob went to a Democratic National Convention and found this information about the injustices happening on some of the Native American reservations. It just blew me away — the statistics of the amount of violence happening, and tribal law not being able to take care of it, and it having to go to federal court. I’m half-Hawaiian, and I thought about if we had our own land and laws like that what would happen if someone were to hurt my wife or my children or my mom or my grandmother, and then to have no law to protect me. It just infuriated me. The further we looked and the more research we did, we said, “Wow, it’s pretty sickening.” So we wanted to shoot a movie about that, and shed some light on the subject matter too.

ShockYa: I talked with you last I think right around the time of “Conan the Barbarian,” and we touched a little bit on some of the material that you had put together — not as a short film in the proper sense, but as an audio-visual postcard to go out and raise money for “Road to Paloma.” Did any of that material actually end up in the film, as establishing shots or part of montages?

Jason Momoa: One scene… well, a lot of it was inspiration for stuff, but I wouldn’t say anything ended up in the final film. We had to re-shoot everything. Not that (the footage) was bad, I think there was more of a hair issue — like, everyone’s hair was different. But it was really an amazing tool, to go out and shoot some stuff as a sales pitch and then go out and shoot it again.

ShockYa: Music is really important and integral to the movie as well — both in terms of the score and the song selection — because it’s so rooted in a particular brand of Southwestern moodiness. How did that all come together?

Jason Momoa: When we first sent it out to Sundance, we had two Tom Waits songs, two CCR songs, Rolling Stones, Bob Dylan… Howling Wolf. We had all these amazing songs that I just love and wanted to put on the soundtrack. And then it didn’t get into Sundance, which got me obviously (the Sundance Channel series) “The Red Road,” but so the people who made the movie weren’t going to pay for those (expensive) songs, understandably. We got festival licenses for every single one of those songs, but since we weren’t going to have any more money (some of the producers) said, “Listen, we’re not going to give you any money, you need to go make the music yourself.” I went out and said, “Well fuck it, we made this thing with my friends.” So I went out to every single friend that I had and new musicians that I met, and we built this whole thing up. If it was a catalogue of work that they had I would listen to it and find the right songs. But basically it’s almost all friends and family — if you listen to the end song, that’s my nanny, and she has this beautiful, amazing band called The Wild Reeds. That’s just her, singing in the bathroom, but it’s so soulful and heartfelt and beautiful that it’s epic. And then the opening song is from my guitar coach, who basically taught me how to play slide. But he was just sitting in his car strumming this song, and I asked him what it was because it blew me wide open. There’s just an amazing soul to it. So we recorded that in the garage. It’s all made by us, and just hands-on. …I met Paul Bannister, the manager of Shovels & Rope, who introduced me to them, and they became one of my favorite bands. Once I heard “Lay Low,” I was like, “This is one of the most beautiful songs I’ve ever heard.” I went to them, showed them the movie and told them how important it was. And they came on board. So I’m really happy with the soundtrack, and it means a lot to me. And the actual score was the funnest part of the whole process — Ohad (Benchetrit) and Justin (Small) are from this group Do Make Say Think, and they’ve been together almost 20 years I think. They’re just phenomenal. I actually got to stay at their house and watch them while they composed, and it was amazing watching music come to life for your movie.

ShockYa: You also, in this movie, got to shoot a sex scene with your wife (Lisa Bonet), which I imagine must have been interesting. Was that surreal at all? It’s faux-intimacy, after all, but with someone you know quite well, and then of course there are people standing around holding boom mics near you.

Jason Momoa: It was extremely hard to shoot that scene because it’s us but it’s not us — we’re playing characters, and you have to believe that we’re really meeting for the first time. I was really proud of Lisa — she made me feel, I don’t know, bashful and insecure as Wolf, the way she would smile and laugh. I couldn’t wish for anything more. I think my wife fucking killed it, and I’m excited to have her booked on “The Red Road,” which allows us to work together again but do something a little bit different.

ShockYa: It sounds like you had a great support system, which helps make things easier, but you don’t have unlimited time or money on an independent film. What surprised you the most about your first directorial effort, or what was the most difficult?

Jason Momoa: The most difficult was probably selling the piece. I enjoyed every stick of making it, and running around and finding a way to shoot it. But finding distribution was probably the hardest — I found that very challenging. When you’re an independent film and submitting to festivals and you don’t get in, it’s very hard. I loved the whole process of making the movie, though — the editing and everything else.

ShockYa: So directing is something you’d like to continue to do, then — you weren’t broken by the experience?

Jason Momoa: Oh yeah, for sure. In fact, I just directed my first commercial the other day. It’s actually better than anything I’ve shot in “Paloma.” We were using $30,000 cameras instead of little $2,500 computer cameras, so I can imagine what it’s like to have even bigger and better equipment. I want to continue to direct… I’m really in a great [place] now where I’m acting in some good movies, and I’d like that to get even better, but I also want to be able to produce TV and movies and then be able to direct my movies if and when I want to direct. I’m really happy with what the future holds. I have a project that’s a little like “Braveheart” that I’m excited about. But, I mean, there’s no rush. I have to establish myself enough, but this script is unbelievable. It’s very hard to develop funding for a period piece drama, though. So you wait until your name gets bigger, and then try to make it. We’re just trying to get everything lined up so that when things do hit we’ll have all the ammunition we need.

ShockYa: On that note, it seems as though one could take that as tacit confirmation of the popular hot rumor of you being cast in a cameo role as Aquaman in the “Dawn of Justice” movie.

Jason Momoa: I mean, everyone keeps asking me about that, man. (laughs) We’ll see.

ShockYa: So can we make some news here?

Jason Momoa: I have no new news. We’ll just have to wait for 2016, and see what happens. 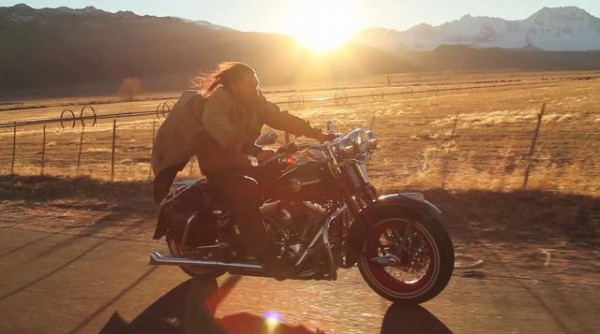