Seth M. Sherwood, an up-and-coming horror genre scribe, has signed on to pen a prequel to the original 1974 classic film, ‘The Texas Chainsaw Massacre.’ Millennium Films has revealed the writer, who penned this year’s short film, ‘Fruticake,’ will pen the screenplay for the prequel, titled ‘Leatherface,’ TheWrap is reporting.

The official details about the prequel’s story haven’t been revealed yet. But it’s expected to serve as an origin story that chronicles the title antagonist’s early life in the 1970s.

Before signing on to write ‘Leatherface,’ Sherwood wrote a supernatural thriller for Blumhouse Productions. The film will be helmed by ‘Paranormal Activity 5’ director, Greg Plotkin. Sherwood also penned ‘Interstate 5,’ a psychological thriller that was voted to the 2012 Blood List. The story follows a serial killer’s son, who teams up with the daughter of one of his father’s victims, to find him. However, they come to be haunted by demonic forced that are intent on driving them mad.

Millennium Films, which is financing ‘Leatherface,’ hopes to start production on the prequel as soon as this winter. A helmer is expected to sign onto the movie in the next few weeks.

Carl Mazzocone has signed on to produce ‘Leatherface,’ while Christa Campbell and Lati Grobman are scheduled to serve as executive producers. The latter two fought hard to resurrect the franchise, whose last installment, ‘Texas Chainsaw 3D,’ was released in January 2013, and made just over $47 million at the box office. 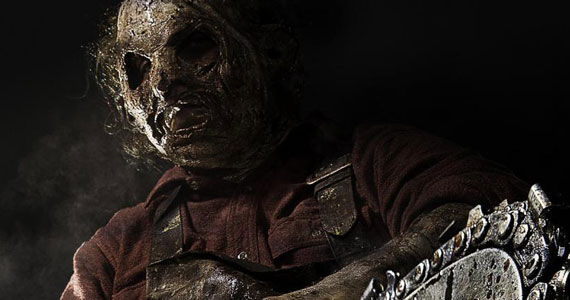