An edgy gothic synthpop album smartly interlaced with emotional and pained sentiments of wanting to find love and be appreciated by someone who shares that adoration isn’t the introduction many music fans would expect from an electro Swiss producer and instrumentalist. But the inspiring crossover artist, Amaris Wenzel, who goes by the stage name Geiko, cleverly mixed progressively dark trip-hop indie music on her enthralling new debut album, ‘Aggressive.’

The co-owner of Waving Alien Records in Switzerland powerfully took influences from such groups as Depeche Mode, Nero and Skrillex to instantly draws listeners at the start of ‘Aggressive’ with the powerfully enchanting first track, ‘The Flower Girl.’ Starting with flute-inspired instrumentals that naturally give way to an underlying electronic dance beat, the upbeat-infused techno song is surprisingly relaxing and mellow. While Geiko doesn’t offer any lyrics on the introductory song, ‘The Flower Girl’ instantly pulls listeners in with a subversive instrumental blend.

Geiko continues to showcase her best efforts throughout the first half of ‘Aggressive,’ as ‘The Flower Girl’ leads into the pulsating electronic-driven title track. While the second song features a more distinctive upbeat sound than its predecessor, the musician proves she’s a force to be reckon with on the title song. She sternly warns those who are trying to get to know her that she’s aggressive, so it be best if they didn’t cross her.

The next song on ‘Aggressive’ is the seductive ‘Look At Me,’ in which Geiko draws listeners in with her emotionally driven vocals. The singer entices listeners by saying she has found someone she can’t live without. While the track features upbeat dance instrumentals, Geiko’s passion filled song about not wanting to let go of the person she loves is one of the enticing of the album.

‘Katana (Cutana)’ quickly and interestingly negates the strong feelings Geiko infused into ‘Look At Me’ by stating she’s pained at losing her love. The harrowing vocals and electronic beats of the song strongly emphasize that the person she loved took away her happiness when they left. The gothic-infused track clearly stresses the musician doesn’t want to see the other person who hurt her again.

The second half of ‘Aggressive’ unfortunately isn’t as strong and captivating as the initial entries on the album. After the powerful instrumentals and vocals of first half of the record, the second half disappointingly begins with the uninspired ‘Quantumedusa,’ which is an unimaginative upbeat electronic dance song. The track features the same beats and instrumentals as ‘The Flower Girl,’ ‘Aggressive’ and its immediate predecessor, ‘Catch Me.’

While the majority of the latter half of ‘Aggressive’ does feel repetitive and inventive, ‘Dream Of It’ is a distinctive track that mercifully features Geiko’s upbeat, whimsical instrumentals once again. She infuses the song with more harrowing lyrics about her not wanting to show love right away, because of the pain she’s experienced. But she does carry a relatable vulnerability as she dream of finding a person who brings down the wall around her heart.

‘You’re My Highway’ is another gripping song that has the potential to be a hit dance song on the radio in not only Geiko’s native Switzerland, but also America and across the world. The initial heavy instrumentals are powerfully combined with the musician’s emotional lyrics about finding a person who’s her road to being happy and joyful. She never wants to let them go, as she hopes they’re the one she can share her secrets with, and the person who knows her the best.

Geiko created an enthralling record that creatively blends harrowing lyrics and instrumentals about wanting to overcome her pain of being hurt with stylish electronic dance beats about finally finding the right person who takes away her pain. The musician and producer created distinctive and memorable songs with ‘Dream Of It’ and ‘You’re My Highway’ that show her versatility and vulnerability. While some of the songs on the second half of ‘Aggressive’ unfortunately lack creativity and originality, the musician’s first album is a stunning, emotional debut.

For more information on Geiko and ‘Aggressive,’ visit the musician’s official website, as well as her Facebook and Twitter pages. Listen to her ‘Aggressive’ album on her SoundCloud page. 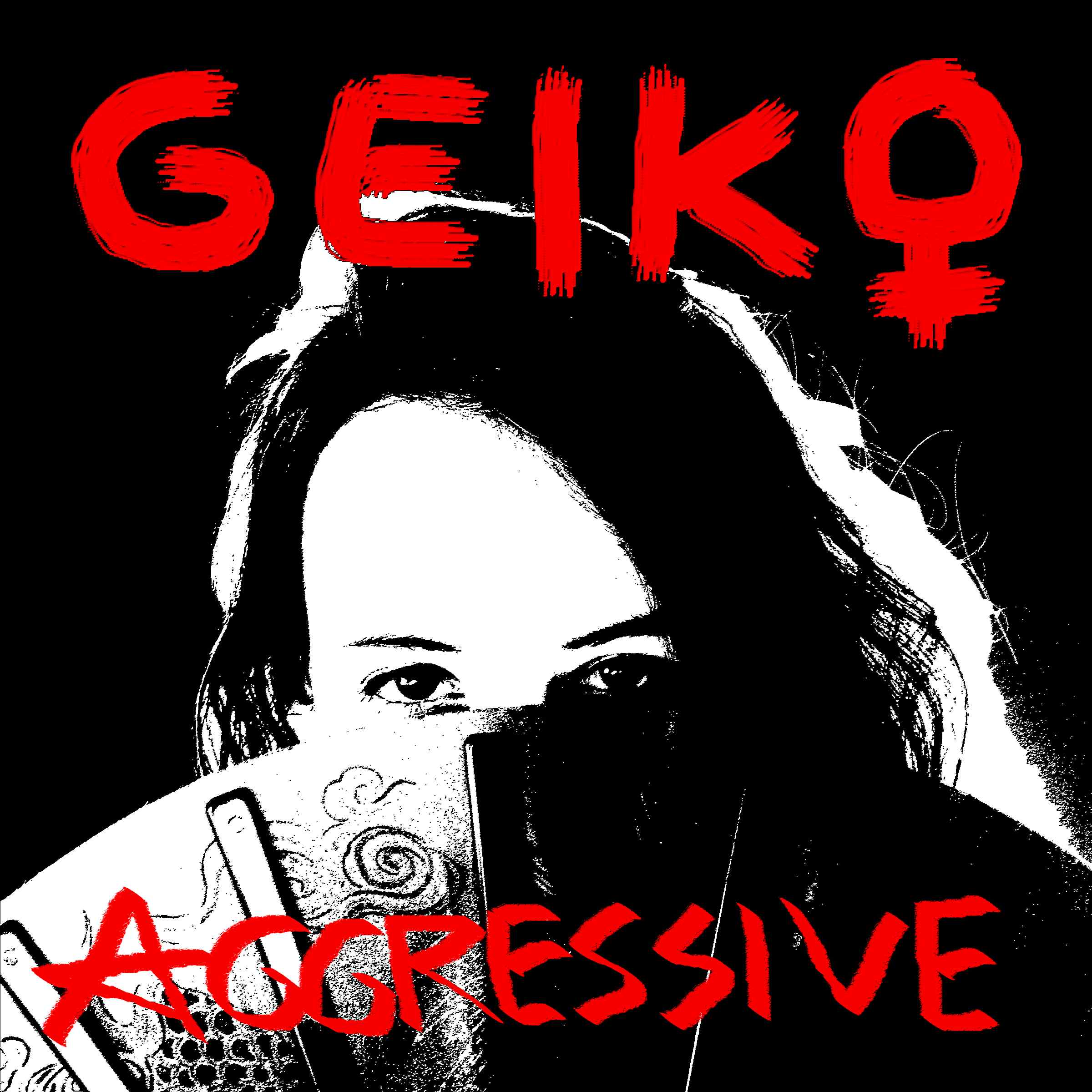