Tickets are now on sale for Universal Studios Hollywood’s 2014 edition of Halloween Horror Nights, the leading event for the holiday in Southern California. Halloween Horror Nights has become “More Dead Than Ever,” as more dates and mazes have been added. The event is scheduled to take place on 22 select days between Friday, September 19 and Sunday, November 2.

Tickets for this year’s Halloween Horror Nights can now be purchased on the Hollywood event’s official website. Advance purchase of tickets is recommended, as event nights often sell out. Tickets now available for purchase include a Front of Line option, which offers guests priority access to each of the mazes, as well as the Terror Tram and theme park attractions.

The new attractions to be featured at the 2014 Halloween Horror Nights include “The Walking dead: The End of the Line,” which is inspired by the fourth season of AMC’s Emmy Award-winning television series. The maze will lead guests to the heart of a harrowing journey to seek sanctuary at Terminus. The experience will also have guests fleeing from the fallen West Georgia Correctional facility, which is now overrun by savage walkers.

A maze inspired by filmmaker Robert Rodriguez’s cult movie and El Rey network’s acclaimed supernatural television series, ‘From Dusk Till Dawn,’ will also debut at this year’s Halloween Horror Nights. The maze will led guests into the show’s deviant world, where they’ll encounter the mythological serpent-like vampires, the Culebras, who have tormented the Earth for centuries.

Other notable new maze that will be featured at this year’s Halloween Horror Nights include Dracula Untold: Reign of Blood, which is based is based on Universal Pictures’ anticipated upcoming action-adventure film. The event will also feature the ‘AVP: Aliens vs. Predator’ maze which wil bring together the most deadly species from the ‘Alien’ and ‘Predator’ series. The ‘An American Werewolf in London’ attraction is inspired by Universal Picture’s Oscar-winning film of the same name. The ‘Face Off: In the Flesh’ maze will feature characters from hit Syfy television series. 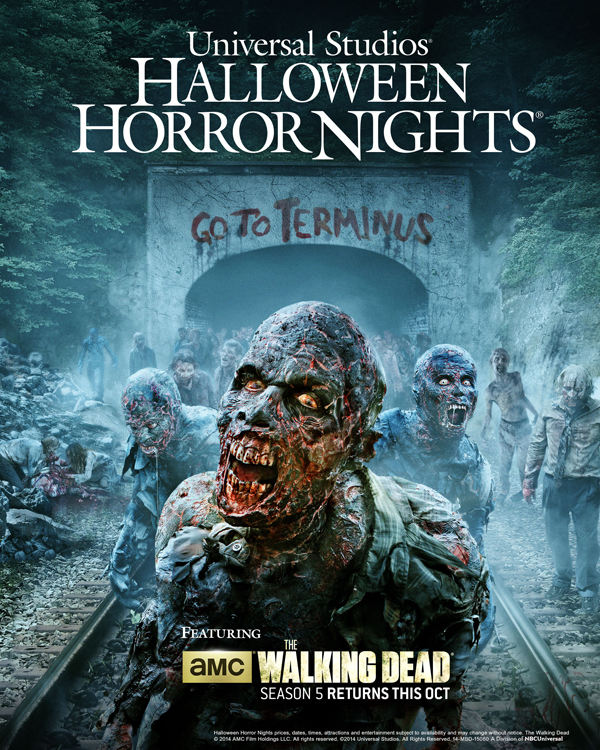