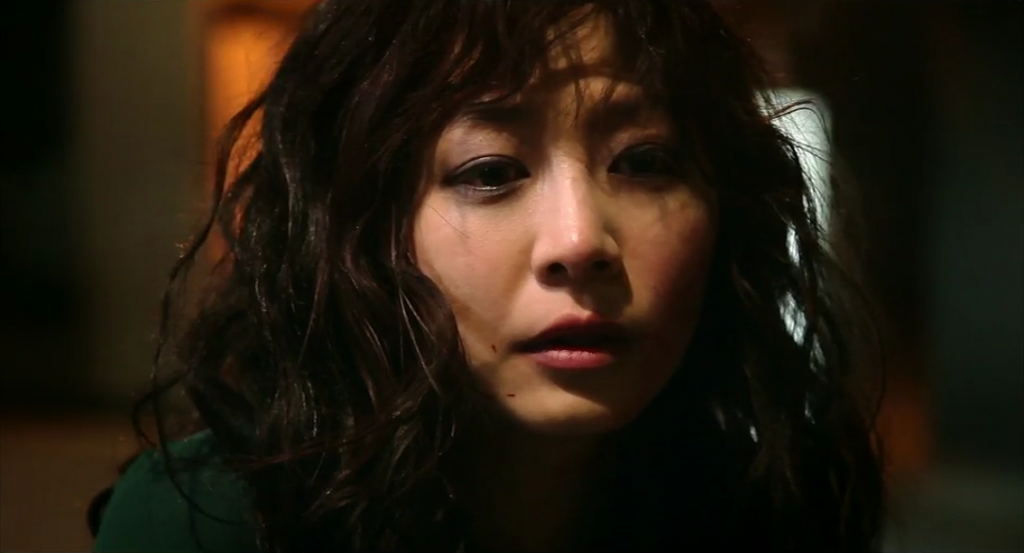 Photo from the film Moebius.

Castration drama takes a queasy, headlong dive into the literal in South Korean director Kim Ki-Duk’s “Moebius,” easily the most penis-slicingest film of this year, last year and probably several years to come. A formalist slice of perversity that never coheres into anything more meaningful than a willful piece of cinematic provocation, this controversial, largely wordless psychological thriller is undone by too-thin characterizations and dodgy technique.

The characters in “Moebius” don’t really have names, and are clearly meant to take on a representational quality. A man known simply in the credits as Father (Cho Jae-hyun) has been cheating on Mother (Lee Eun-woo), a fact witnessed by their Son (Seo Young-ju). Enraged, the woman cuts off the member of her child, and attempts to eat it. Father is stricken with guilt and the understandably traumatized Son eventually ends up taking part in a gang rape of the mistress (also played by Lee).

“Moebius” elliptically recalls Takashi Miike’s “Audition,” among a number of other Eastern imports, but it lacks that film’s connection of its sadism to any deeper psychological underpinning. Everything about “Moebius” is pat, and of the surface — easy shock that embraces a heightened emotionalism and courts the darkly comedic lacings of auteurs like David Lynch and Lars von Trier. The problem is that “Moebius” doesn’t tap into its characters’ emotional states in any deep or meaningful ways. The film becomes a roundelay, wherein certain scenes — of Son repeatedly being assailed by groups of guys who pull down his pants and laugh at him, of Father searching the Internet for information about genital transplant surgery, of Mother or Mistress being attacked — are repeated over and over. There’s not much of a sense of escalating tension; despite its lurid subject matter, the film tracks as a hopelessly dry and academic treatise on the monstrosities of human behavior.

It’s not an amazing technical feat, either. Digitally shot by Kim and cinematographer Moon Sang-won, “Moebius” has a certain stylized quality, but it’s not used to either bolster or comment upon the narrative in substantive fashion. Air-quote deviant but without an overarching focus, “Moebius” earns the circular, one-boundary component comparison of its moniker, but also proves dramatically distant and inert.