‘Breaking Bad’ and ‘Modern Family’ won the most coveted trophies at last night’s 66th Primetime Emmy Awards. The two shows won Outstanding Drama Series and Outstanding Comedy Series, respectively, at the ceremony. The last season of the hit AMC show was awarded with its second trophy for best drama series, after also being recognized at last year’s ceremony. The acclaimed ABC comedy also made history by tying ‘Frasier’ for winning the best comedy series award five years in a row.

The 66th Primetime Emmy Awards, which was broadcast by NBC, was presented by the host of the network’s popular ‘Late Night’ talk show, Seth Myers. This marked the first year the comedian hosted the ceremony, which was held at the Nokia Theatre in Downtown Los Angeles.

A recurring theme throughout the ceremony, which honored the best of television that aired during the 2013-2014 season, was how series are progressively getting better and evolving. Meyers and the presenters throughout the evening continuously noted how the major networks aren’t the only ones to be presenting high quality programming, as cable and Internet streaming websites like Netflix are also broadcasting noteworthy series. While the networks have continuously pushed the limits of the realistic and modern social issues people are currently facing, the members of the Academy of Television Arts & Sciences once again favored long-running series that are popular with fans.

Besides ‘Breaking Bad’ and ‘Modern Family’ once again winning the top awards of the ceremony last night, after also being honored last year, other repeat winners included ‘The Colbert Report’ for Outstanding Variety Series.’ ‘The Amazing Race’ once again won for ‘Outstanding Reality-Competition Program.’

Other winners from The 66th Primetime Emmy Awards included:

Outstanding Lead Actor in a Miniseries or Movie: Benedict Cumberbatch as Sherlock Holmes on ‘Sherlock’

Outstanding Supporting Actor in a Miniseries or Movie: Martin Freeman as Dr. John Watson on ‘Sherlock: His Last Vow’

Outstanding Writing for a Comedy Series: ‘Louie,’ Episode: ‘So Did the Fat Lady,’ Written by Louis C.K.

Outstanding Writing for a Variety Special: ‘Sarah Silverman: We Are Miracles’

Outstanding Writing for a Miniseries, Movie or a Dramatic Special: ‘Sherlock: His Last Vow,’ Written by Steven Moffat 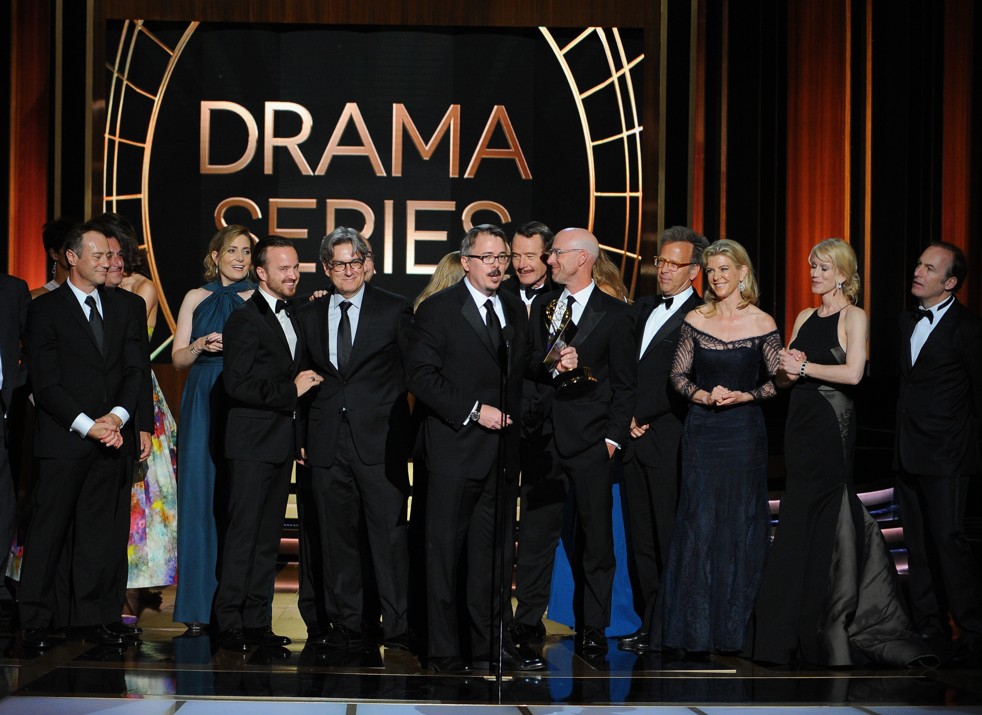