Keanu Reeves is seeking vengeance in the new teaser poster for his upcoming action thriller, ‘John Wick.’ The poster features the actor as the title character, as he’s wearing a suit that has an explosive attached to his tie. The teaser poster is preparing audiences for the film’s bullet-riddled scenes that are filled with mayhem.

Stunt coordinator Chad Stahelski, who worked with Reeves on ‘The Matrix’ trilogy, made his feature film directorial debut with ‘John Wick.’ The movie, which was written by Derek Kolstad, is set to open on October 24 in theaters. Besides Reeves, the thriller also stars Michael Nyqvist, Alfie Allen, Adrianne Palicki, Bridget Moynahan, Dean Winters, Ian McShane, John Leguizamo and Willem Dafoe.

‘John Wicks’ chronicles the life of the title character, an ex-hitman who comes out of retirement to track down the gangsters that took everything from him. John uses New York City as his bullet-riddled playground to unleash his revenge.

Check out the new teaser poster for ‘John Wick’ below. For more information on the thriller, visit its Facebook and Twitter pages. 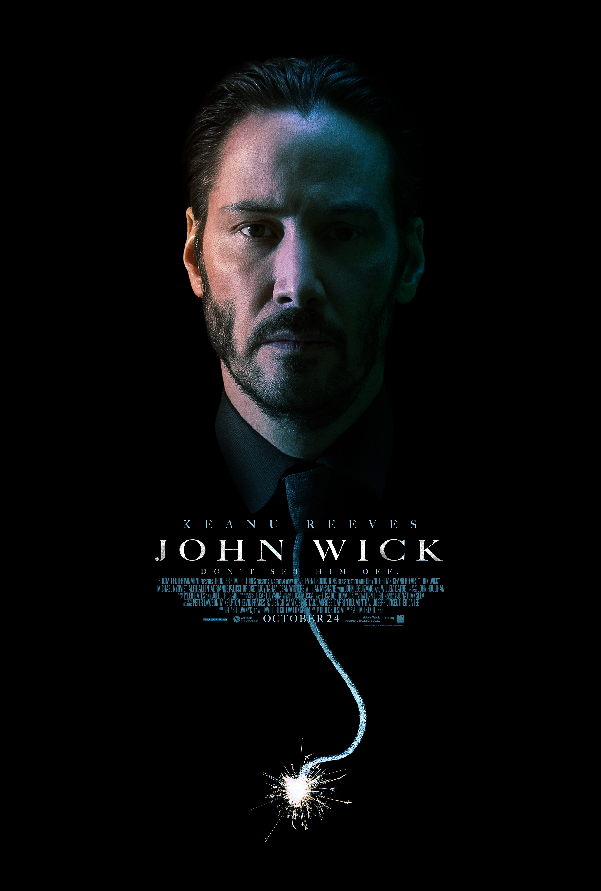