This acclaimed documentary shines a light on one of the most under-appreciated professions in the film and television industry: The Casting Director. The pioneers of the profession were Marion Dougherty and Lynn Stalmaster, whom launched the careers of stars still working today.

The Good:Any Cinemaphile or Hollywood history buff will love this documentary. There are so many celebrities that contributed time for interviews to pay homage to Marion Dougherty who made them famous. I was kind of a hater with the title “Casting Director” but I was schooled by watching this film. It takes quite a bit of imagination that the director just doesn’t always have when it comes to casting. If it weren’t for Marion, Roger Murtaugh in Lethal Weapon (Danny Glover) would’ve been a white guy; and it wouldn’t have had the dynamic it had to make the films as successful.  The script never said “black or white” but Marion saw talent, not color.  It was kind of heartbreaking to hear one story about getting the job of casting a total corporate shit film like “See Spot Run” after casting Academy award winning and acclaimed films. What a slap in the face.

The Bad: These celebrities sing the praises of Marion Dougherty, but they didn’t seem to work very hard at pleading to the Academy to give her a special Oscar for her lifetime of work…writing letters? C’mon, this is the 21st century. Go viral or bust. You should’ve done more for her, you owed her everything.

The documentary shows a bit of anger towards the corporate run studios of today that no longer see talent, just box office dollars.  Actors know it, but they need to play along to keep getting work and stay relevant.  Casting directors who have the same ethic and passion as Dougherty and Stalmaster should be commended and treated with more respect by getting the credit they deserve. 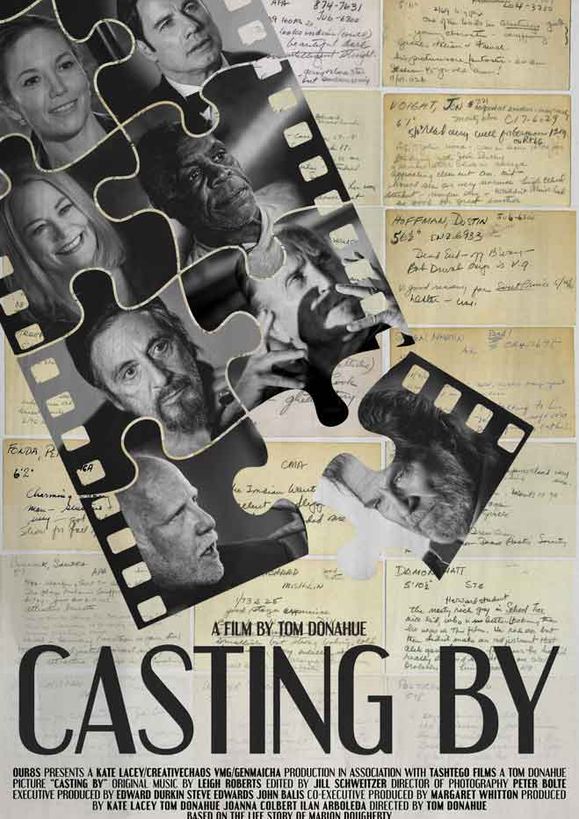