A pretentiously inebriating film is what could define ‘Vinodentro’ (i.e. Wine Within).

The actual drama begins with Giovanni Cuttin’s first sip of wine, which changes his carrier, his marriage, and his attitude to life in general. In a Faust-like setting, the main character sells his soul to a fiendish-wine entity who enables him to get a promotion, become a Don Juan  and an expert in wine tasting. What interferes with his newly accomplished life is the mysterious death of his wife, which seems to frame him as the culprit. The investigations of police officer Sanfelice will allow Giovanni to retrace his personal story, that sucked him in the deepest abyss of the human soul.

Ferdinando Vicentini Orgnani’s movie is a peculiar cinematic product that attempts to coalesce onirism with dramedy. The actors per se wouldn’t be bad, if they hadn’t been so appallingly directed. Vincenzo Amato, Pietro Sermonti, Daniela Virgilio, Lambert Wilson, Giovanna Mezzogiorno, are all established in the field, and can boast awards, as well as starring in successful movies. Nonetheless their talent gets swept away in a poor noir that tries to intertwine humour along the way.

Wine could have been a great narrative tool to experiment genres, techniques, and effects. Besides the dream-like plot that hangs betwixt reality and ephemeral, this could have been the chance to experiment with visuals too. None of this happens. Wine seems to be the excuse for the director to flaunt he’s a connoisseur. One trait that is noteworthy though, is the music score, composed by Italy’s most prominent jazz musician, Paolo Fresu. Unfortunately his enchanting music doesn’t suffice to end this review on a more positive “note.” 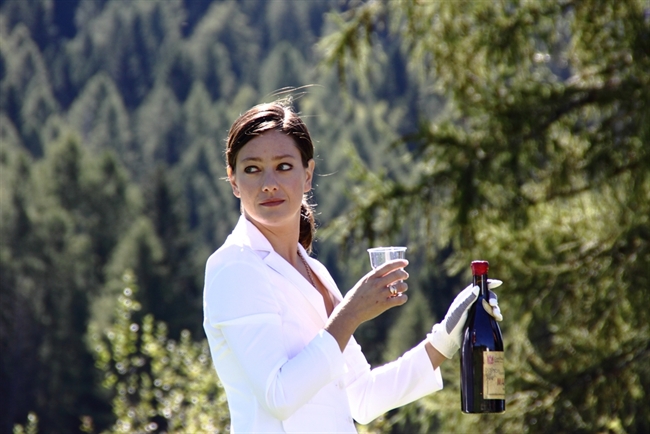