John Wick Takes Over Fantastic Fest 2014 with Sold Out Screenings

‘John Wick’ is living such memorable impressions on not only those he’s seeking vengeance on, but also on audiences at this year’s Fantastic Fest. The bullet-fueled action thriller had such a high demand for tickets at last night’s two screenings at America’s largest genre film festival that an additional two screenings were added.

To promote the thriller’s debut at Fantastic Fest last night, the festival featured a post-screening Q&A. The event featured stars Keanu Reeves and Adrianne Palicki, as well as the filmmaking team of Chad Stahelski, David Leitch and Basil Iwanyk, p.g.a.

To coincide with the film’s debut at Fantastic Fest, the movie’s domestic distributor, Summit Entertainment, released a new poster. The thriller’s new poster features Reeves as the title character, wearing a suit and holding a gun, proving that he means business.

Stahelski, who previously worked with Reeves as the stunt coordinator of ‘The Matrix’ trilogy, made his feature film directorial debut with ‘John Wick.’ The movie is set to open on October 24 in theaters nationwide. Besides Reeves and Palicki, the thriller also stars Michael Nyqvist, Alfie Allen, Bridget Moynahan, Dean Winters, Ian McShane, John Leguizamo and Willem Dafoe.

‘John Wicks’ chronicles the life of the title character, an ex-hitman who comes out of retirement to track down the gangsters that took everything from him. John uses New York City as his bullet-riddled playground to unleash his revenge.

Check out the new poster for ‘John Wick’ below. For more information on the thriller, visit its official website, as well as its Facebook and Twitter pages. 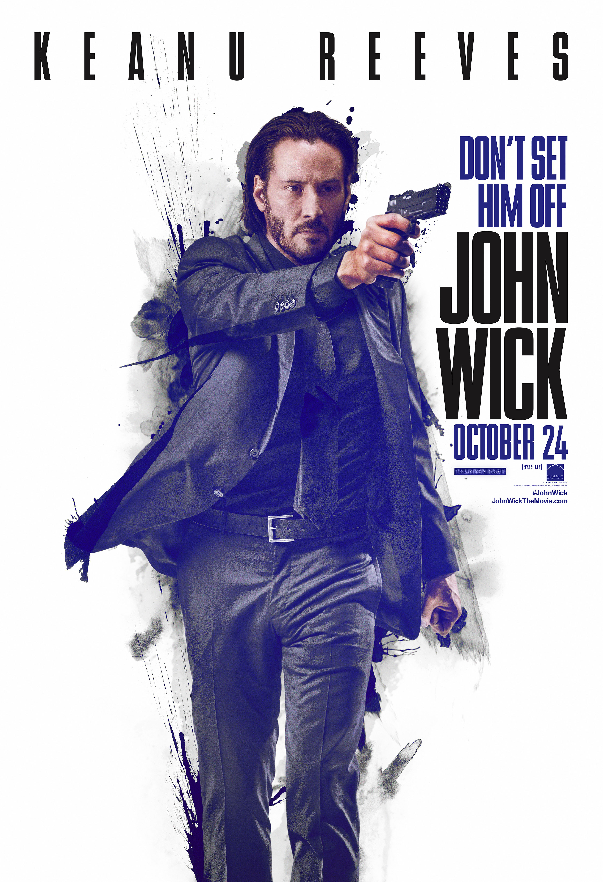