Boris Kodjoe and Sharon Leal steam up this already-steamy shower scene from the upcoming film “Addicted.” The film, also starring Tasha Smith, Tyson Beckford, Kat Graham and William Levy, is based on the best-selling novel by Zane and focuses on one woman’s story about how a person who seems to have it all can still have temptations that lie below the surface that just might bubble up and cause havoc. The adapted screenplay is written by Christina Welsh and Ernie Barbarash.

The event will include Zane as well as director Bille Woodruff and expected cast members Kodjoe, Leal, Smith, Beckford and Levy. During the event, a special screening of “Addicted” will be shown, followed by an exclusive question and answer session. Fans can ask their questions live through Twitter and audiences will also be treated to a live acoustic performance of “Conqueror,” featured in the film, by Estelle. You can learn more about tickets at Fathom Events.

“Based on the best-selling novel by Zane ADDICTED is a sexy and provocative thriller about desire and the dangers of indiscretion. Successful businesswoman Zoe Reynard (Sharon Leal) appears to have attained it all – the dream husband she loves (Boris Kodjoe), two wonderful children and a flourishing career. As perfect as everything appears from the outside, Zoe is still drawn to temptations she cannot escape or resist. As she pursues a secretive life, Zoe finds herself risking it all when she heads down a perilous path she may not survive.”

Check out the clip below the post. What do you think about “Addicted”? Give your opinions in the comments section below. 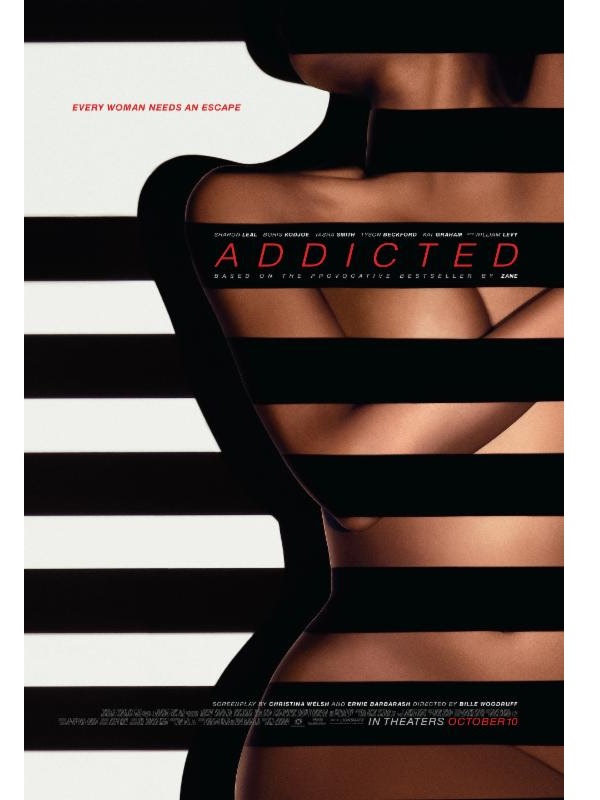