Striving to prove you have a more versatile personality and a wide range of emotions and sentiments to people who have come to view only one side of your identity can be a challenge for many people, no matter what their age is or the experiences they’ve had. The main character in director Tim McCann’s new independent drama, ‘White Rabbit,’ is a teenage boy who’s suffering from an untreated mental illness, who has to try to prove to his family and peers that he’s not the timid boy they thought they knew. His drug-addicted and neglectful father is one of the main people who misunderstand him. His father’s disdain is powerfully portrayed by ‘True Blood’ actor Sam Trammell, who grippingly showcased his versatility in the role of a parent who doesn’t understand their child.

‘White Rabbit’ follows Harlon (Nick Krause), who has been tormented since childhood by visions of the white rabbit his father, Darrell (Trammell) forced him to kill while hunting as a young boy. Now that Harlon is a bullied teenager, his undiagnosed mental illness is getting worse. He begins to hear voices, and his imagination threatens to prompt him to carry out violent acts. A rebellious new girl, Julie (Britt Robertson), moves to town, and she and Harlon become fast friends. But when she betrays Harlon, the rabbit along with other imaginary characters taunt him into committing one final act of revenge.

Trammell generously took the time to stop and talk to Shockya on the red carpet before ‘White Rabbit’s premiere on Thursday night at the 30th Boston Film Festival at the Revere Hotel. The actor, who traveled to Boston from his home in Los Angeles just for the night to attend the screening, shared his enthusiasm for the movie and the fact that it was accepted into the festival. Tarmmell also expressed his appreciation for McCann’s directorial style, and the fact that he hopes the drama reminds audiences not to form opinions about others until they know all the facts about their situation.

ShockYa (SY): What attracted you to the role of Darrell, as well as ‘White Rabbit’ overall, since he’s such an intense character, and it’s a dark story overall?

Sam Trammell (ST): Well, I was really attracted to the part itself. I also liked that we shot in the South, and I’m from the South (he was born in New Orleans, and graduated high school in West Virginia). Also, as an actor, getting to play a bad guy, even though Darrell turns out to be good in the end, is always really fun. He’s a drug addict and mean, but actually had a good heart. But he’s limited in his open-mindedness. He didn’t have a big open mind, so that was fun to portray.

SY: What was the process of getting into Darrell’s mindset as you were preparing for the role?

ST: Well, I certainly had to do a lot of actor’s research on what it’s like to smoke cocaine. You also have to explore the process of changing your look, and I had a blast doing that-it was a lot of fun.

SY: Since ‘White Rabbit’ was filmed independently, do you feel that hepled in the movie’s overall creative process?

ST: Oh, sure. We could do whatever we wanted. I’m a big fan of the director, Tim McCann. He’s so talented, and I love his taste. We did another movie together, called ‘The Aftermath,’ the next summer (after filming ‘White Rabbit’), because we liked working together so much, as well as each other’s styles. He’s a gritty realist, and the movie feels very real in the way he shoots-I really like it.

SY: What was the transition process like, as you finished shooting the last couple of seasons of ‘True Blood,’ which just ended this summer, and made your recent indie films?

ST: Well, ‘True Blood’ was a great run-it was seven years, and HBO’s the best place to work on TV. But I think we were happy to be done, though we were glad we did it, and it was great.

Then I was lucky enough to be in ‘The Fault in Our Stars.’ It’s really great to be able to do these smaller movies. I did ‘The Aftermath’ last summer, and ‘White Rabbit’ the summer before. They give you a little bit more freedom, and I feel very lucky.

SY: Being a father yourself in real life, how do you bring that element to your roles in which you play fathers, like in ‘White Rabbit,’ ‘The Fault in Our Stars’ and ‘True Blood?’

ST: Well, it’s definitely everything; I couldn’t have done ‘The Fault in Our Stars’ without being a father. It was really taunting, because being a parent whose kid has cancer was a really hard thing to pretend. But I thought it was so good and beautiful that I had to do it. So really being a father myself was all the preparation I needed for that part.

SY: What has the experience of bringing ‘White Rabbit’ here to the Boston Film Festival been like for you?

ST: I love Boston. I went to school in Providence, Rhode Island (Brown University), which is only an hour away. So this feels like home here. I also lived in New York for a long time, and I’m just so happy to be back on the East Coast. To have the movie play here is very special to me.

SY: Speaking of New York, you started your career performing in plays, before acting in films and on television. Would you be interested in doing theater again?

ST: Oh yes-theater’s where I started. I don’t know when I’ll be able to do it, because I have kids, so that makes it a little complicated. But I’ll definitely go back to the theater, for sure.

SY: What do you hope that both teens and parents can take away from ‘White Rabbit?’

ST: Well, I hope people can take away the simple idea of not judging a book by its cover. The main character in this movie is my son, and he gets picked on in school. No one really understands him. What they don’t get is that he’s coming from a whole world with his family at home. If you can look a little past what’s right in front of you, then I think we can all have a little empathy for everyone else.

SY: Would you be interested in working with Tim again on another film in the future?

ST: Oh yes, I’m a huge fan of his work. I think the last movie we did together, ‘The Aftermath,’ was one of the best things I’ve ever done. I like his integrity and style, as well as the way he shoots. He’s a great artist.

Check out photos of, as well as Shockya’s video interview with, Trammell on the red carpet for ‘White Rabbit’ at the 30th Boston Film Festival below. Also watch Trammell discuss the drama with one of the film’s producers, Robert Yocum, following the screening. 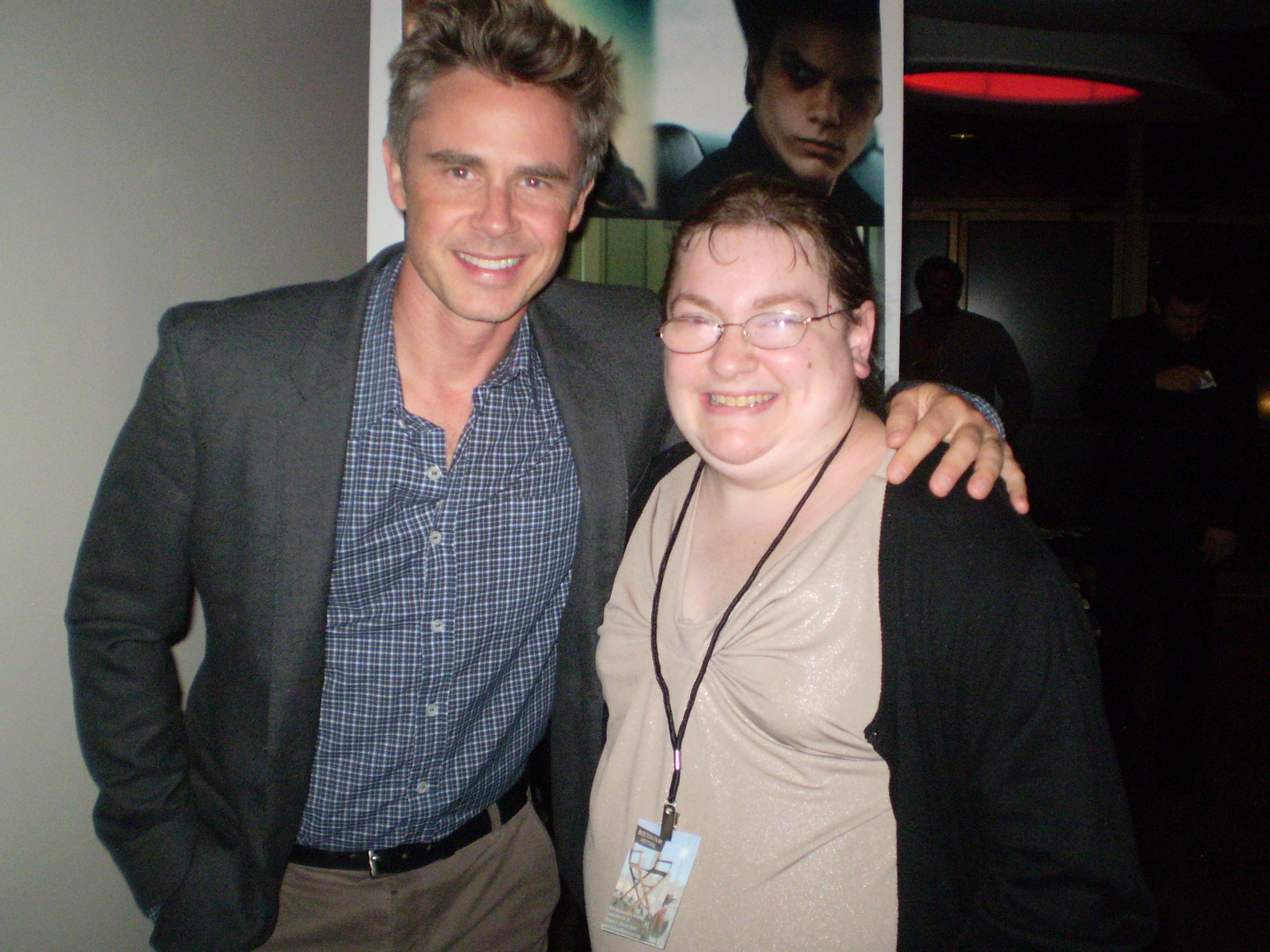 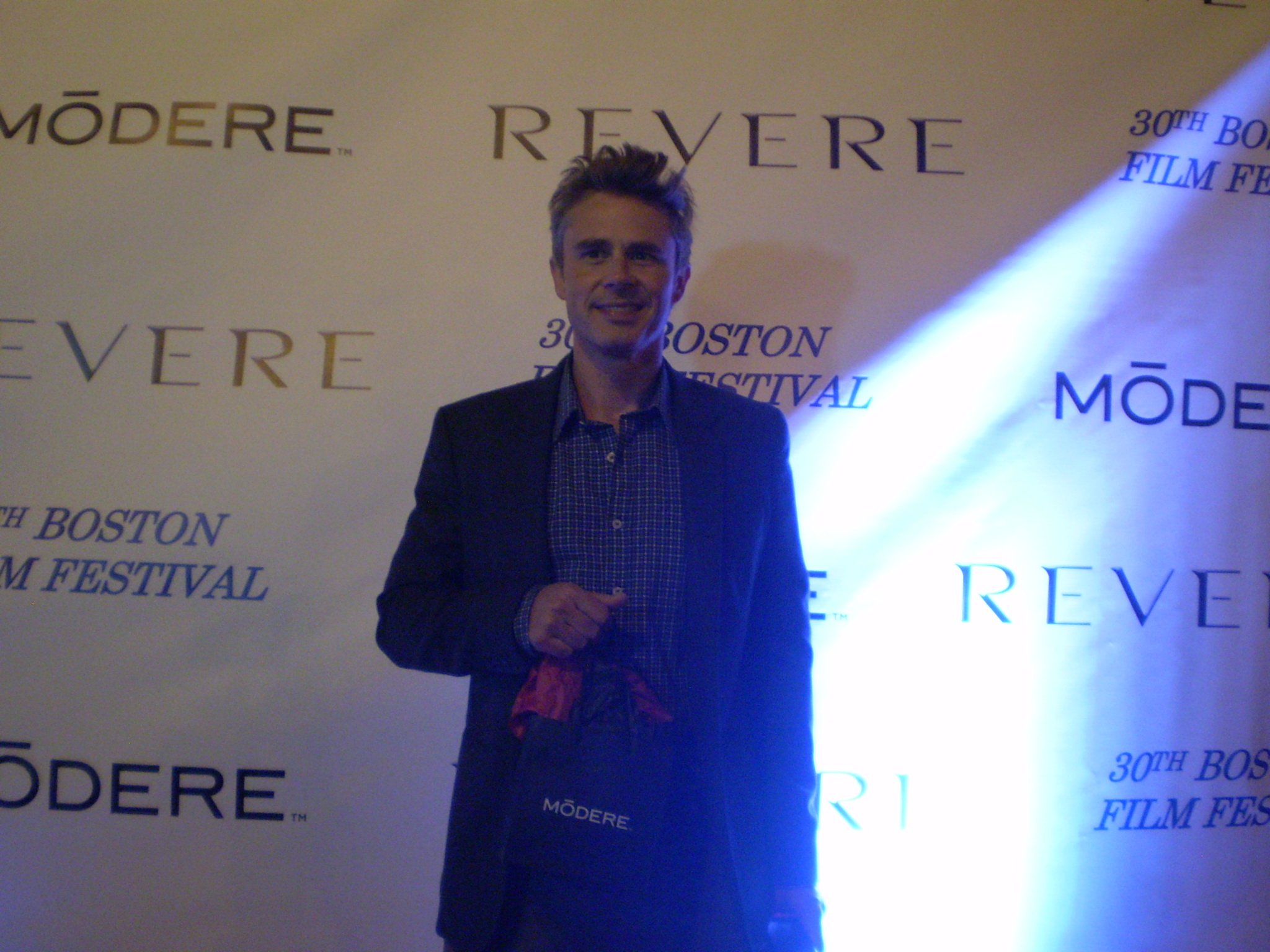