Take a Look Into The Paranormal Diaries: Clophill with DVD Release

Investigate one of the world’s most haunted places with the DVD and digital download release of the horror film, ‘The Paranormal Diaries: Clophill.’ RLJ Entertainment released the movie, which was co-directed by Michael Bartlett and Kevin Gates, today, with the DVD selling for $27.97. The special features included on the DVD consist of an audio commentary with the co-directors and cast, as well as “Tales from the Graveyard” deleted scenes.

Besides helming the film, Gates and Bartlett also star in ‘The Paranormal Diaries: Clophill’ with Craig Stovin, Criselda Cabitac, Mark Jeavons and Rob Whitaker. Gates, who previously co-directed ‘The Zombie Diaries’ and its sequel with Bartlett, also penned the script for their latest collaboration.

RLJ Entertainment has released the following synopsis for ‘The Paranormal Diaries: Clophill’:

Based on true events, six investigators head to one of the world’s most haunted places to uncover the source of supernatural sightings and phenomena. Known for centuries as a notorious magnet for grave robbers, body snatchers, Satanists and cultists since the time of The Black Death, the ruined St. Mary’s Church at Clophill plays host to filmmaker Kevin Gates and his team of researchers. Obsessed with unraveling the secrets of this “unholy ground,” they venture into the murky darkness armed with cameras, curiosity and a need to expose the truth. However, some secrets were meant to stay buried – permanently. Over the course of three chilling nights, it becomes clear that they have unleashed something ancient and evil that has long been hungry to escape into this world.

For more information on ‘The Paranormal Diaries: Clophill,’ visit the film’s Facebook and Twitter pages. Watch the trailer for the horror movie below. 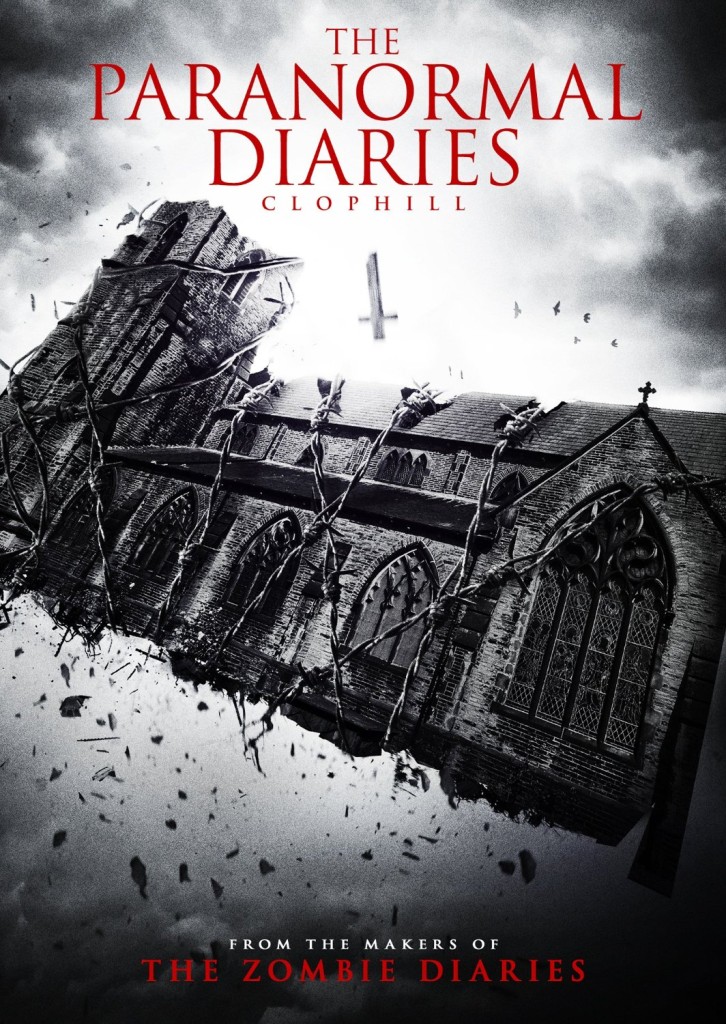