“Crouching Tiger, Hidden Dragon” put director Ang Lee on the map in America and made wire-fu one of the most popular types of stunt work in American movies. But apart from that, the film is just a fantastic film with a great story, tremendous costumes, awesome cinematography and themes that carry lots of meaning.

There have often been rumors of there being a sequel to “Crouching Tiger, Hidden Dragon,” but there was never anything concrete (so much so that I thought that it was mostly just the fandom willing a sequel into existence). But now, we’ve got some very concrete news from Netflix. According to Variety, the long-awaited sequel, “Crouching Tiger, Hidden Dragon 2: The Green Legend,” will come to IMAX theaters and Netflix simultaneously when it’s released Aug. 28, 2015.

This agreement between Netflix and The Weinstein Company could possibly change the way movies are released in theaters. The company, according to Variety, had been looking at engaging in this kind of deal with movies. Of course, now that the agreement has been reached, theaters are upset, like AMC, Regal and Cinemark, who are boycotting the deal by refusing to show the film.

Sarandos released a statement about the new deal “Crouching Tiger” deal, stating how fans will now have “unprecedented choice” in how they enjoy the sequel. “We are honored to be working with Harvey Weinstein and a world-class team of creators to bring this epic story to people all over the world and to partner with IMAX, a brand that represents the highest quality of immersive entertainment, in the distribution of this film.”

Co-chairman of The Weinstein Company, Harvey Weinstein, also said in a statement, “The moviegoing experience is evolving quickly and profoundly, and Netflix is unquestionably at the forefront of that movement.” Weinstein went on to state how “tremendously excited” the company is to continue their relationship with Netflix. 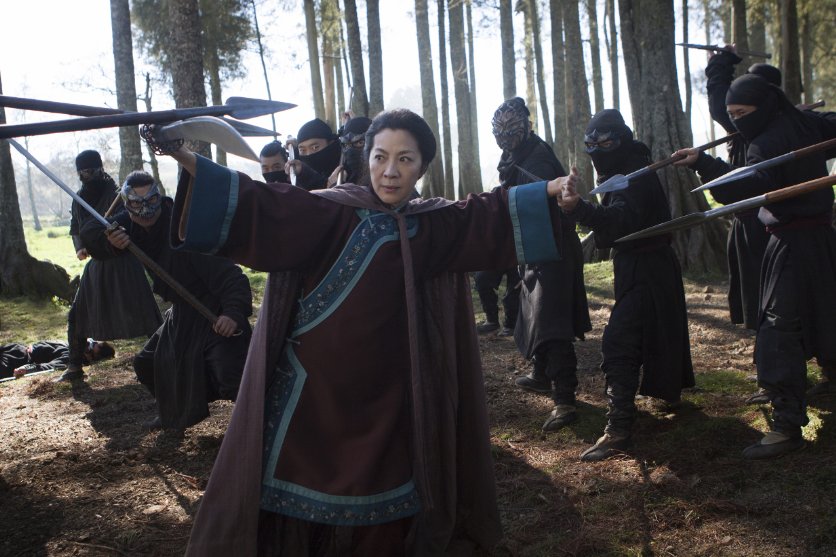