The Lookalike Coming to Theaters and Digital HD This November

Well Go USA has announced the US theatrical release of their latest film, a dark comedy crime-romance film called “The Lookalike.” The genre-mixing movie promises a lot, and audiences will be able to judge the film for themselves when it hits theaters and Digital HD Nov. 7.

“THE LOOKALIKE revolves around drug-lord William Spinks who has a curious obsession with Sadie Hill and uses gangster friends Bobby and Frank to get to her. But when Sadie’s death jeopardizes their profitable arrangement, Bobby and Frank set out to find a replacement, a lookalike to fool Spinks. The wildly amusing and cunning search propels an ex-basketball champion, a gossip writer, a coke addict, and a deaf beauty into an unlikely romance and a desperate quest to seal the deal.”

Doris Pfardrescher, CEO/President of Well Go USA, said more about the film’s upcoming release. “We’re thrilled to bring ‘The Lookalike’ to audiences throughout the US starting in November, she said. “It’s a phenomenal film with extraordinary talent that seamlessly blends the elements of the thriller, witty dark comedy and romance, resulting in a captivating experience that will have moviegoers on the edge of their seats until the very end.”

Gray also added, “It’s been a dream come true, the response to the movie and the brilliant cast that took a chance on us.” Said Gray. “We’re excited to get this rollin’.”

Take a look at the poster below and write what you think about the film in the comments section below! 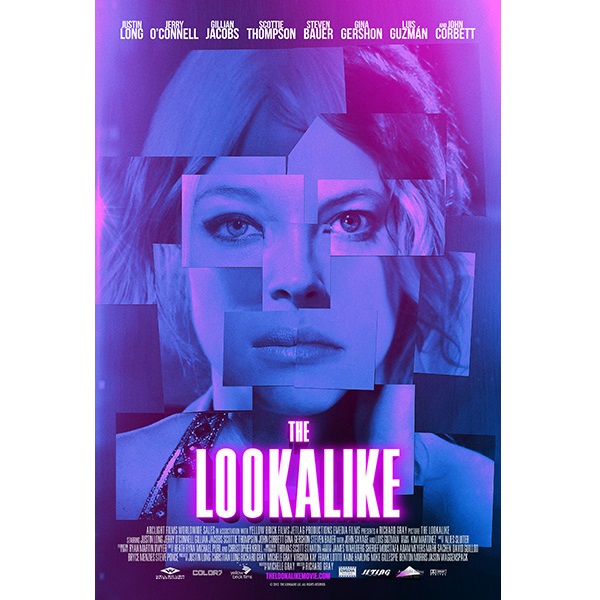