Slipknot’s KNOTFEST–the most cutting edge heavy music festival in America–has announced new details about the onsite attractions and activities for fans at the October 24-26 destination festival held at San Manuel Amphitheater & Campgrounds in San Bernardino, CA. From the Slipknot-curated Slipknot Museum to an onsite tattoo parlor, flaming carnival games, and even the unforgettable Scent of KNOTFEST, the festival promises an epic experience for Maggots and metalheads even apart from the five stages of earsplitting music.

KNOTFEST’s massive lineup features some of the biggest names in metal–including Slipknot, Danzig, Five Finger Death Punch, Volbeat, Of Mice & Men, Anthrax and dozens more–playing on five stages on Saturday and Sunday. A Friday night VIP Pre-Party Bash will feature exclusive performances from Suicide Silence, The Black Dahlia Murder and more, as well as other activities for those that have purchased VIP or Camping Packages.

As previously announced, Slipknot will close Stage 001 both Saturday and Sunday, with unique sets each night, featuring brand new music and an entirely new stage set and experience. In addition, all KNOTFEST online ticket purchasers (and those that purchase tickets before October 5 to Slipknot’s headline tour with Korn and King 810) will receive a digital download of the new album, delivered 24 hours early.

KNOTFEST–powered by Rockstar Energy Drink hosted by Jose Mangin (SiriusXM) and Lou Brutus (hardDrive)–will be home to over 30 vendors selling a variety of lifestyle items to enhance the festival experience and beyond. 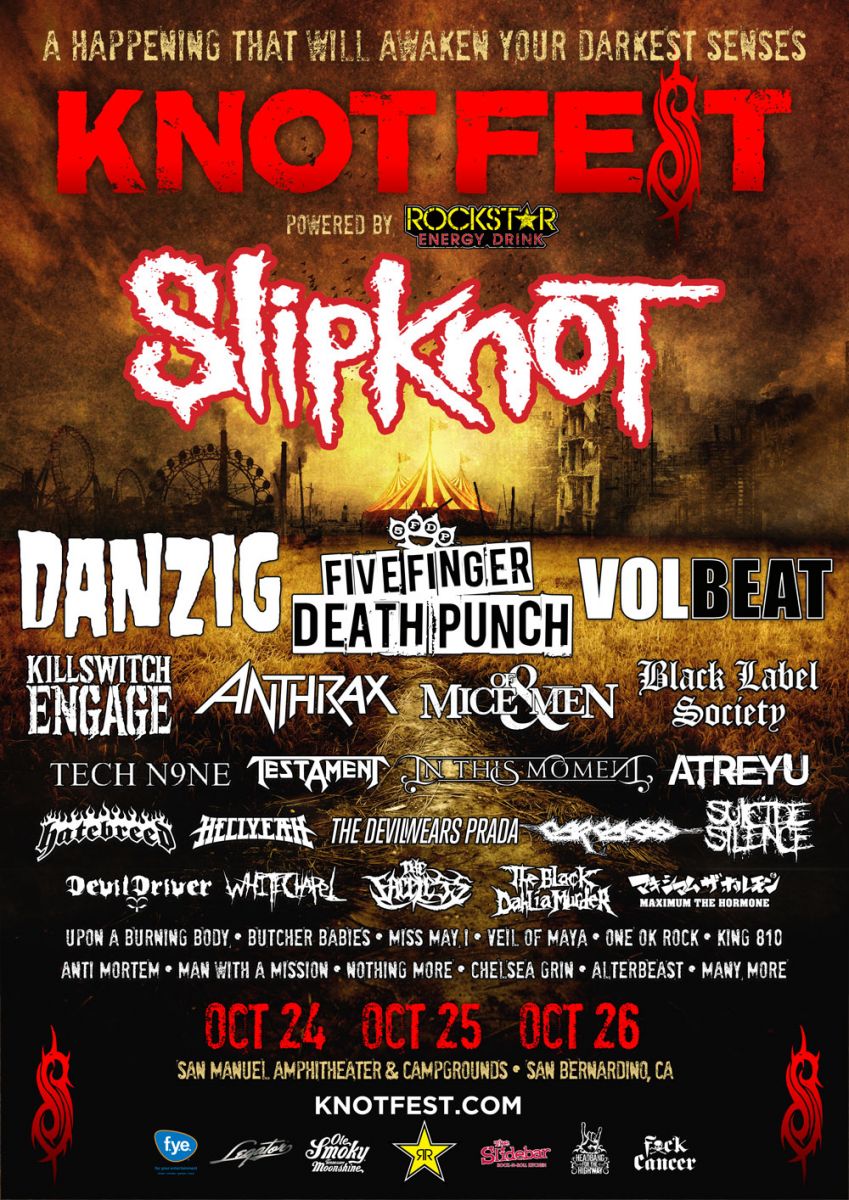