You probably never thought you’d see beloved children’s characters Mr. Incredible and Batgirl get into a brawl, but FilmOn was there to catch it!

The Mirror reported on the video recorded by FilmOn’s camera. The footage shows two people dressed as Batgirl and Mr. Incredible getting into an alleged territorial brawl on Hollywood Boulevard. Just so happens that FilmOn had a camera out on the street at the time, filming near where the incident took place.

You can take a look at the video for yourself below. What do you think of this ridiculous moment in reality? Give your opinions in the comments section below. 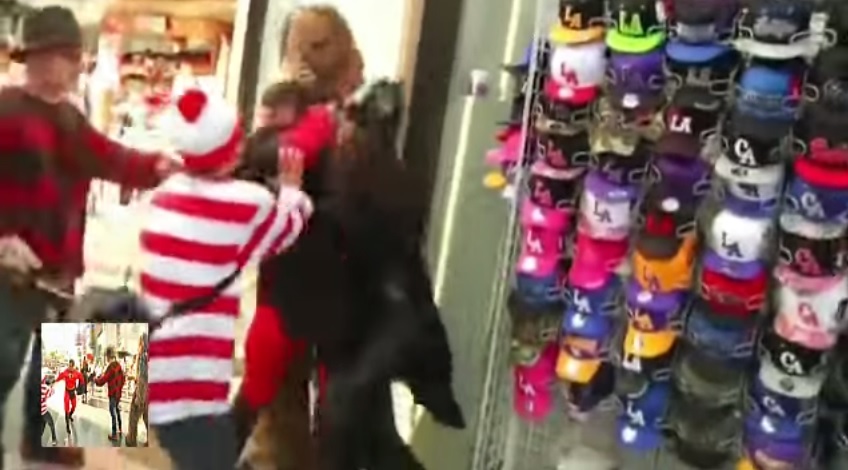