See the downfall of the once serene retirement community, Crescent Bay, following a series of deadly animal attacks in the new trailer for the upcoming thriller, ‘Late Phases.’ The horror movie, which is set to be distributed in select theaters on November 21 by Dark Sky Films, has also released a poster that emphasizes the terrifying killings.

Crescent Bay is not the ideal place to spend one’s golden years, especially since the once-idyllic retirement community has been beset by a series of deadly animal attacks from the ominous forest surrounding it. When grizzled war veteran Ambrose McKinley (Nick Damici) is forced into moving there by his yuppie son Will (Ethan Embry), the residents immediately take offense to Ambrose’s abrasive personality. But that take-no-prisoners attitude may be just what Ambrose needs to survive as it becomes clear that the attacks are being caused by creatures that are neither animal nor man, and that the tight-knit community of Crescent Bay is hiding something truly sinister in its midst.

Following the release of his film ‘Here Comes The Devil,’ as well as his scene-stealing segment ‘B is For Bigfoot’ in the horror anthology ‘The ABCs of Death,’ Adriån Garcîa Bogliano cements his status as one of the top horror filmmakers coming out of Spain with ‘Late Phases.’ In a bookend of sorts to his performance in the cult hit ‘Stake Land,’ Nick Damici commands the screen here, coming on the heels of last year’s Sundance vigilante thriller Cold In July and the critically acclaimed cannibal drama, ‘We Are What We Are.’

For more information on ‘Late Phases,’ visit Dark Sky Film’s website, as well as its Facebook and Twitter pages. Watch the trailer from, and check out the poster for, the thriller below. 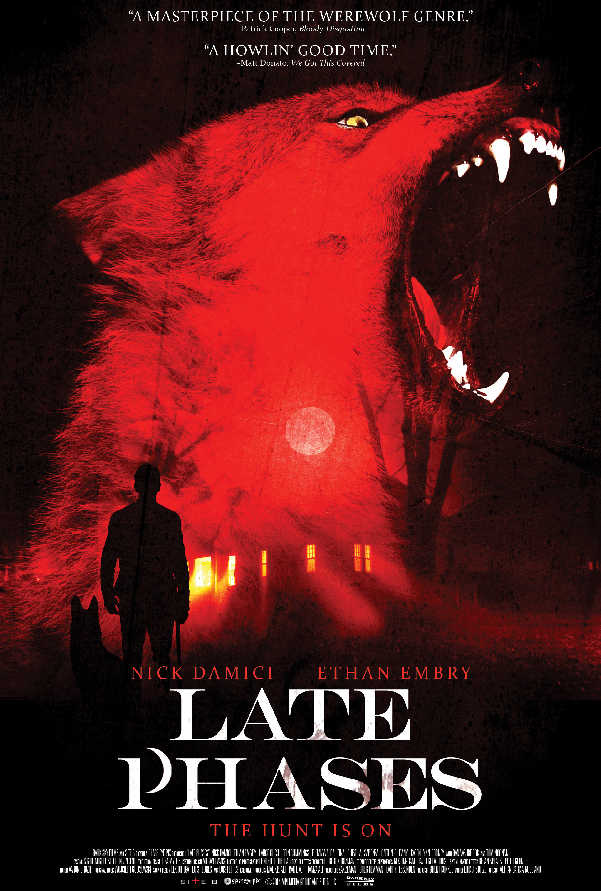