What Did You Think of The Walking Dead’s Shocking Deaths? (Spoilers)

“The Walking Dead” is not pulling any punches this season. Unfortunately, we’ve already seen two series regulars–Bob and cannibal leader Gareth–get taken out. Gareth’s death is warranted–he’s the one that cuts off Bob’s leg to serve the cannibals, after all. But Bob’s leg being “tainted” meat is probably one of the most heart-wrenching revelations from the season, meaning that Bob had been bitten by a zombie. The execs of “The Walking Dead” have already discussed that they are using deaths as a way to properly tell the story of this hardcore world, but still–did Bob have to die?

Greg Nicotero, executive producer of the show, was asked by The Hollywood Reporter about Gareth and Bob’s deaths and why Bob was the one from our group that needed to go. “Bob was happy becuase we learned in season four that he was always the last one to survive,” he said, commenting on Bob’s relief at still being a part of a group after The Governor ruined the prison. “We took this fantastic moment in the comic and attributed it to Bob. He told a great story last year, in terms of his journey, but as we know on the show, it’s really challenging to stay alive.”

Does this really answer the question as to why it had to be Bob? In the comic, another character, Dale, is the one who gets his leg chopped off and served to the cannibals. Apparently, Bob fit the bill for the moment in the comic book. “So it was sadly just Bob’s time to go,” said Nicotero. “It does a lot for propelling Sasha’s story forward…[I]n the first episode, Bob was the one that mouthed off to Gareth at Terminus, so it could be that he put himself in the line of fire.”

What did you think about Bob’s death? Give your opinions in the comments section below. 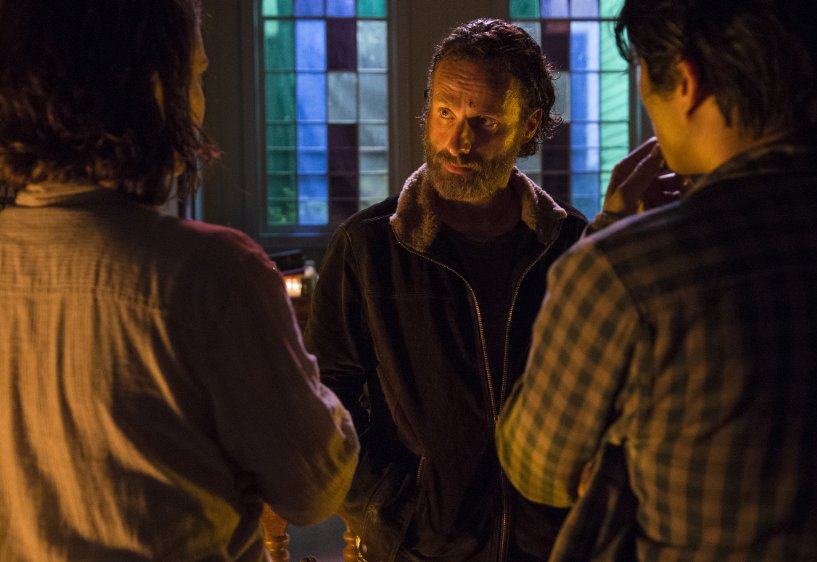