It’s Halloween time, and while there is a number of classic horror movies to thumb through, let’s not forget the ongoing surplus of new films currently out on the big screen. One of the movies that more people should see very soon is Rowan Joffe’s psychological thriller ‘Before I Go To Sleep.’ The Nicole Kidman-starring film is a fine combination of mystery, drama and a couple thrills for every movie-goer.

‘Before I Go To Sleep’ focuses on Christine (played by Nicole Kidman), a woman who’s rare form of amnesia leaves her trying to piece together her life every morning that she wakes up. Her mind is set twenty years in the past, so every day is one filed with complete mystery, especially about who helped inflict this horrible trauma on her. Mark Strong appears in the picture as the helpful but mysterious Dr. Nasch. He immediately pops onto the scene wanting to help out Christine, but any ulterior motives as to why he’s doing it aren’t entirely known.

ShockYa.com was able to speak with the talented Mark Strong about his work on ‘Before I Go To Sleep’ and his career thus far between studio pictures and theater. 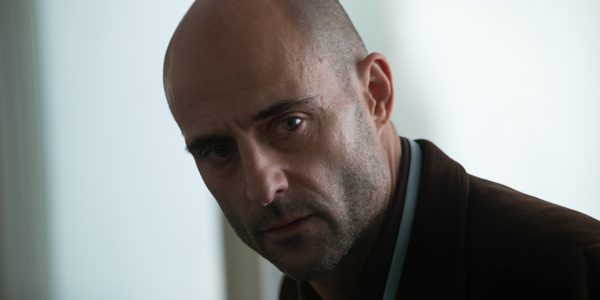 Strong spoke on his character Dr. Nasch and how he fits into the delicate world in ‘Before I Go To Sleep’:

“It’s a very fine line to trace with that character because obviously for the purpose of the film, and the physiological thriller, you want the audience to never quite know who he is. To at times trust him, and at times not trust him. What you’re trying to do is confound expectations as much as you can, so that the thrill is that people never know how to relate to you. But on the other hand, as an actor, you have to play him straight. I couldn’t cheat and make him more sinister than he would be in real life, just for the purposes of the movie. So I just have to play him straight. A lot of the elements around that character are the ones which make you suddenly suspicious of him. For example, there are driving sequences where Christine is lit much better than Dr. Nasch. Dr. Nasch is in this sort of half-darkness while they’re talking together which is subliminally makes him a little suspicious. Is he trustworthy or not? But then again he’s dressed in a comfortable, warm, woolen corduroy-tact clothes to make him feel like a benign academic-type figure. Those are really the elements that we played with in order to confound the audience.

My job as an actor is to play the character dead straight, which is what I did. For example there’s one scene where she panics and runs and I have to administer a sedative. We played with that and obviously the camera is put into the trunk of the car, shooting straight up at me while I flick the syringe to make sure there isn’t an air bubble in there. That moment it looks incredibly sinister, but of course what I’m actually doing is administering a sedative so that she doesn’t panic. So that’s how you try and play with the audiences’ expectations while at the same time remaining true to the character.” 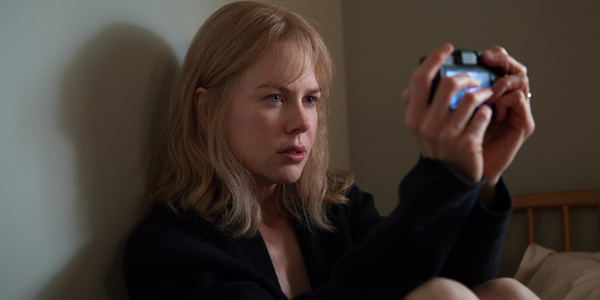 His comments on working alongside Nicole Kidman:

“Well it was a fascinating process to watch because she was progressing over the course of the movie by a very very tiny degrees. So I realized that she worked out which scenes to just toughen up a little bit in over the course of the film. So every time we meet she knows a little bit more and suddenly the video diary is now starting to pay off because she can go back over everything and find out what’s been going on every morning when she wakes up, rather than not knowing anything. So it was incredible performing or acting opposite her because the whole thing was so easy.”

Strong on working on various movies, from mainstream to independent, and how he loves this job:

“I love being an actor. I’m not interested in being a celebrity. I’m not interested in being famous. What I love is the job that I do, and I want to keep working. I don’t sit at home playing chess thinking okay I’m going to do this big movie and then I’m going to wait for a year until that comes out and then that might get me an even bigger movie. I don’t do that. When something comes through that I want to get involved with, I do it. I’m lucky enough to have this real variety. ‘Kingsman: The Secret Service’ is a big kind of Fox movie. ‘Grimsby’ is a big studio picture with Sony, and I’ve also got ‘Ad Inexplorata’ which is an interesting independent picture that hopefully will get into Sundance, a US independent movie about a one man mission to Mars. It’s on the opposite end of the scale to those two big studio pictures. I get to do real independent films like this one, and then next year I’m going to go back on stage to play Eddie Carbone in “A View From The Bridge.” I do keep busy, but it’s only because this is my job and it’s what I love doing. I don’t like sitting at home not working, so it does feel like I do an awful lot.”

Mark Strong gives more information on his latest feature ‘Ad Inexplorata’ and what it’s all about:

“That movie was produced by the guys that made ‘Beasts of the Southern Wild,’ which is a film that I love. These guys are proper film lovers. They’re raising money from where ever they can and making films on a shoestring budget. They found this really fascinating script by a guy who has an amazing knowledge of movies and really wanted to write one about a guy who has to come to terms with a man who wants to be alone, and they decided to set it in the world of space. We shot in upstate New York in a tiny warehouse basically in the freezing Hudson Valley, and shot all of that stuff. They managed to get Doug Trumbull who worked on the models for ‘Alien’ and also directed ‘Silent Running.’ He’s an absolute hero in the world of science fiction, to do the models. And so ‘Ad Inexplorata,’ out of all of them, is a really fascinating movie. I really hope it gets into Sundance because it’s made with love and by people who really don’t have the resources but have managed to put together a film that they believe in.” 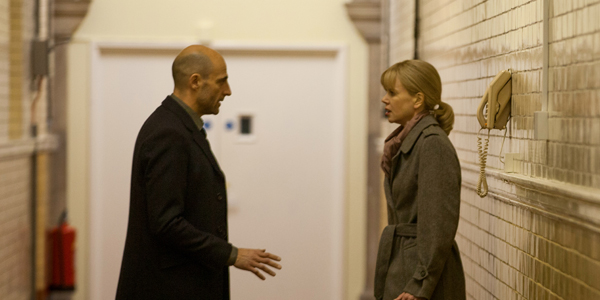 He goes on to speak about what it’s like to return back to the stage after a 12 year absence:

“I did a lot of theater, and it was only when I started to get a movie career that I suddenly wasn’t on stage from 12 years up until this summer. I hadn’t done a play for 12 years and Eddie Carbone, ” A View From The Bridge” came along. I did it in little bits in London and it was such a hit that they’re now taking it to the West End next year. So it’ll be on in the West End for February, March and April. It was a real joy to go back onstage. It wasn’t that I was just doing movies that I had to test myself onstage because I was a movie actor, it was actually revisiting something I did even before I got involved in movies.”

Strong still loves the character Sinestro that he played in ‘Green Lantern,’ but from his answer it’s obvious that DC and Warner Bros aren’t planning on bringing that character back anytime soon. That doesn’t stop the actor from fondly talking about that character:

“I loved playing Sinestro. I’ve never done anything like it. I read the comics. I really got into that world and I love the fact that that character was based off of David Niven who’s one of my heroes. I didn’t know, for example, that Hal Jordan was based on Paul Newman, Carol Ferris was based on Elizabeth Taylor and Sinestro was based on David Niven. When I found that out, I suddenly realized why the guy had a little pencil mustache and that hairline. I thought wow, if we could recreate the way he looks in that comic in real life and make it believable, I bet that’s a journey that I would like to undertake. I think they did an amazing job of making that character look like the character from the comics and I loved playing it. It’s such a shame that it looks like I won’t get another chance to do it. Sinestro has a special place for me because I really loved the way that we created that character and the way he was in the movie. It’s just a shame that we never got to see him turn really bad.”

‘Before I Go To Sleep’ is out in theaters now.