Saw 10th Anniversary Reflection: The Fascination with the Franchise

It was only ten years ago that the horror genre was flipped over it’s head, in a good way, when a little movie called ‘Saw’ came out in theaters. In a snap it became an instant hit and many now consider it as one of the recent horror classics to come out in the past 20 years. The films do fall on the more grotesque side of the horror genre, but they hold a special place in the hearts of those who gave the series a chance, many like myself who found a strange charm in it all.

There’s a multitude of themes coursing through the veins of this franchise. If you talk to different people on their own interpretation of the series, and why Jigsaw moves forward with his torture traps. The meaning behind these acts stem from the creator of Jigsaw, his viewpoint on life and the flawed creatures of this world. Some like myself would say that those who survived the traps, which are very few, are able to bask in a form of redemption in their own lives by going through such a physically and mentally traumatic experience. I could go on for the rest of the night about my own definitions on why certain events happen in the ‘Saw’ franchise, but let’s get back to talking about the first film. 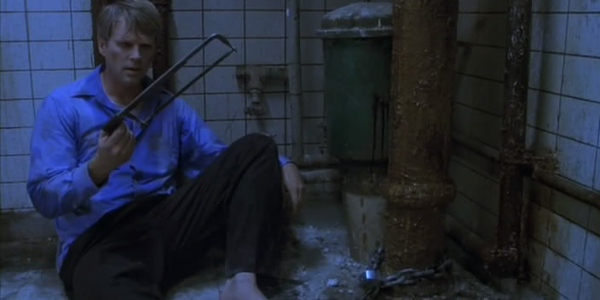 Back in 2004 the first ‘Saw’ movie came out in theaters, but it wasn’t until the film popped out on DVD that I got the chance to watch it. Once I did, the film filled me with equal parts of horror, excitement and thrills that kept me up a little later than I wanted to that night. The idea as to whether or not the two victims would go so far as to sacrifice a little bit of themselves, and their sanity, in order to live and see another day was thrilling and slightly terrifying to watch. Would I go ahead and see the second one? Perhaps, but not at that time. During that point I had so very few friends who were interested in sitting down and watching horror movies. It would have to take some serious convincing, or a little bit of lying, in order to get them to sit down with me and watch ‘Saw II.’

What was it about the ‘Saw’ franchise that kept drawing people in? It was obviously a lot more than the incredible amounts of horror and gore that kept random movie-goers around the world continually glued to their seats, eagerly anticipating the next installment to the franchise. That’s when I got in touch with a couple other friends, ones who were well-seasoned with the ‘Saw’ films. When they gave their interpretations of the themes, the overall franchise and the continual movie twists that intertwine all the films together, I couldn’t take it anymore. It was time to watch the sequels.

It wasn’t until October of 2007 that I found myself at home, wondering what will be on my agenda for this coming Halloween. Would I want to go out and about, possibly hitting the club scene (at this point, for the first time) with a bunch of my friends? No thank you. But I did know that there was a Blockbuster Video nearby that had all the ‘Saw’ movies out so far on DVD. The idea of marathoning through what they had from the series so far sounded like a wonderfully gore-tastic few hours for me. I couldn’t resist. In the span of one night I ran through the ‘Saw’ movies that were out so far.

From that point forward I was 100% hooked onto the horror franchise. My consciousness was magically absorbed into this strange fictional world, one that dripped with an abundance of mystery and horror on every single frame of film. Curious to know more about Jigsaw, his past and how all those involved in these elaborate games really fit into this sick and twisted world of mutilation, the possibility of atonement and the ever-looming presence of death that’s in the air for each film. I had to know more about the motives behind Jigsaw/John Kramer’s actions, how Hoffman played into this twisted game. Would Jigsaw’s message keep living on for many years to come with no end in sight? How are some of these victims found and brought into these games in the first place? There were so many questions, and at that point only a few answers with many more to be given out to the viewers. 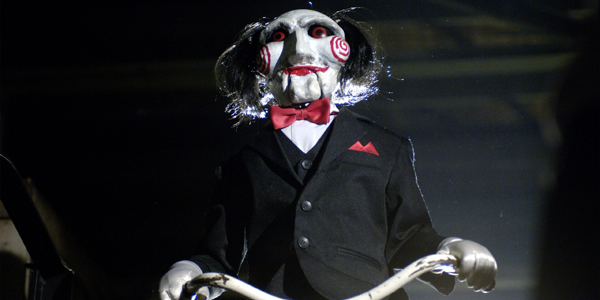 Furthermore, the first ‘Saw’ film has a special place in my heart. Back in 2004 I wasn’t the biggest horror movie fan out there, but it was one of the very few that I found and watched on my own. The performances, the story and the gore lured me in. There has to be more than just this film to watch. In some ways the first ‘Saw’ film opened my eyes to other horror films that had been released in the past 10 years. It essentially helped kickstart my continual curiosity for horror films which included the rest of the ‘Saw’ franchise.

So while you sit there and enjoy your sweets or drinks this Halloween weekend, do yourself a favor and revisit the ‘Saw’ movie. Take a trip down the horror memory lane and maybe embark on the same movie marathon I went through a few years ago. There’s a couple of kinks in the films, but as a whole the franchise is worth the second, third or fourth watch.

‘Saw’ will be out in theaters for one week only starting on October 31st. Relive the terror and watch it in theaters now.