Alex Essoe is the breakout star of the hit indie horror-thriller “Starry Eyes.” Essoe plays Sarah, an aspiring actress who struggles with her demons of perfection and self-worth. Once Sarah lands a role in a film, she’ll do anything she can to attain the stardom and her version of perfection that she so desperately wants. ShockYa was excited to speak with Essoe about her role and what she thought about playing such a tragic character. “Starry Eyes” will be in limited theatrical release and on demand Nov. 14.

ShockYa: So how would you describe your character Sarah?

Alex Essoe: I would describe Sarah as sort of too fragile for this world. She has drive and ambition and the passion for what she does, but she doesn’t have a clear sense of who she is and she doesn’t really like herself. She really struggles with living up to these ideals that…she feels she won’t ever achieve. I think that’s her main tragic flaw, which is really what made me fall in love with her…I found her character very heartbreaking.

ShockYa: To go along with that, some would say that, conventionally, the film gets darker after she meets the Producer, but it seems to me that the film is dark all the way through due to Sarah’s character and struggles.

Alex Essoe: Yeah, that’s completely true–I would 100 percent agree with that. She’s already pushed herself to the point of being unhinged before she even gets considered for this part. She already suffers from trichotillomania–you know, she pulls out chunks of her hair, punishing herself–so she’s already a woman on the edge. She’s just looking for someone to define her and for someone to tell her that she’s doing it right because she really has no idea. She has her romanticized idea of what being an actor is and what success is, but beyond that, she’s sort of feeling around in the dark.

ShockYa: I’m sure you’ve been on many casting calls like Sarah. How was it to play that aspect of her?

Alex Essoe: I was actually really excited to [play that part]. I think that the audition process for non-actors is very much a mystery. A lot of people think that we memorize lines and we say them and we leave [laughs]. There’s so much more to the process than that. There’s the anxiety of waiting to get your name called and sizing up the other people in the room and then once you’re in the room, having to deliver and remember all the choices that you made because most of the time, all you get is one shot and then they say thank you and then you leave. Then, of course, agonizing over every single choice you made after you leave the audition, which I try not to do but it’s hard not to do because you think, “I should have done that,” or “I should have made this choice” or “I should have nailed that beat better,” all sorts of things that we as actors torture ourselves with. So it was really exciting to be able to expose that part of the process and to show people how maddening it can be.

Alex Essoe: It feels wonderful! It’s always really wonderful to receive any kind of validation for the work that you do. I mean, this is something I’ve devoted my life to. So, for people to respond so positively is a dream come true. And a lot of people say you shouldn’t listen to reviews or critics or to just take it all with a grain of salt, but especially for a first project, I’m really overjoyed, to be honest [laughs]. It’s really kind of ideal, almost. I feel extremely fortunate and so grateful that people have responded the way they have. It’s also nice to know that when you pour all of yourself into something–because our job, at the end of the day, is to entertain people–so if I’ve entertained, then I’ve done my job. That’s an extremely fulfilling feeling.

ShockYa: One of the things that really set me on edge was the hair-ripping.

Alex Essoe: [laughs] There have been a couple of people who have said that that is part of the movie that stressed them out the most…and…so many of the things that happen to Sarah come from sources outside of herself–there are things that happen to her–but that [hair-ripping] is all her. That’s her struggling with her own demons. I think that’s what people really respond to, that internal struggle. I’m sure a lot of people–maybe not on that level–but a lot of people can relate to those very private feelings of desperation and questioning their self-worth. I think that’s why that especially resonated with people.

ShockYa: Was there a part about that Sarah that freaked you out, even though you know everything about her character?

Alex Essoe: Yeah. There are some elements that are disturbing, honestly, about Sarah. The most disturbing thing about her, I think, is her need to be accepted and her need to please and to be ingratiating and socially acceptable. There’s actually a movie by Ingmar Bergman called “Scenes from a Marriage” and Liv Ullmann gives this really, just shattering monologue about her identity as a girl and how she was raised to be agreeable and accommodating and she had to sacrifice her own sense of identity and her own dreams in order to be accepted by people because that’s how she was raised. I find that element to be more disturbing than anything else that happens to Sarah.

ShockYa: For anyone who hasn’t seen the film, what do you hope they take away from it or respond to?

Alex Essoe: Well, I hope that any actors who see the film will be able to relate to some of Sarah’s struggle, at least on a preliminary level. By that, I mean, her experiences early on in the film. And I hope that people would be also just sucked in by the imagery and the music and the atmosphere. All of those elements are really strong in the film. Very prevalent. And they help set the stage for this very, very lost girl. 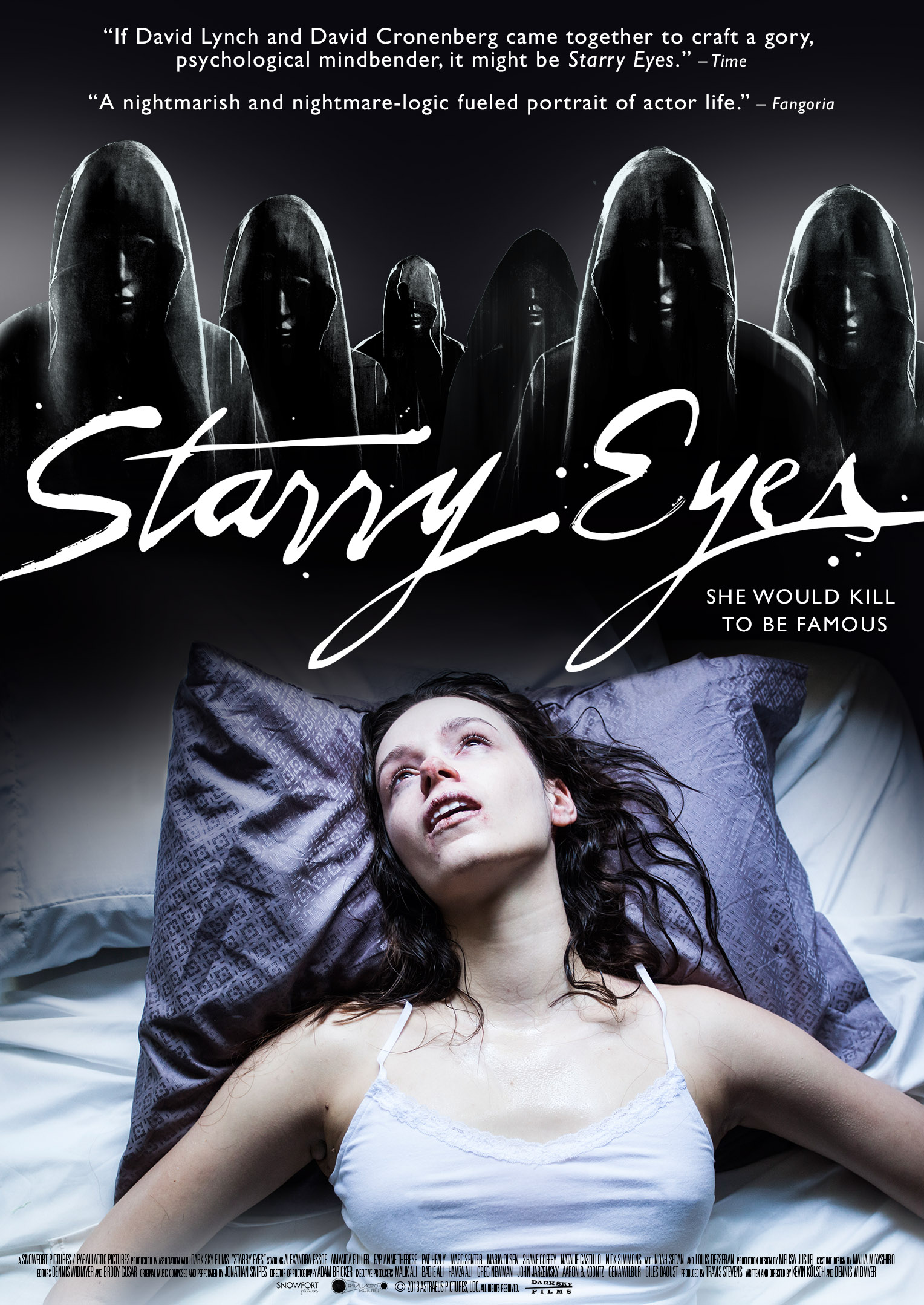