The principal character in Andrey Zvyangintsev’s “Leviathan” is one who during the two hours plus running time of the film becomes completely depleted.  He is a lost soul not just metaphorically but a man who has literally lost his two wives, his son, his home, his spirit, his freedom.  If that sounds similar to the fate of the biblical Job, which addresses the theme of God’s justice in the face of human suffering, or, “Why do the righteous suffer?” this is not a coincidence.  Zvyangintsev, whose previous offering “Elena” finds the title character losing the ability to financially help her son and must come up with a plan, this time tackles the theme of corruption—of local Russian government, of the religious authority, and of the police.  Though the film is banned in Russia allegedly because of swear words, there is sufficient criticism of the Russian system to warrant its censorship though, nonetheless, the Ministry of Culture of the Russian Federation has submitted this film for a potential American Oscar.

A leviathan in the Hebrew bible is a monstrous creature representing evil, and that’s what writer-director Zyvagintsev and his co-writer Oleg Negin think of their government.  Filmed by in a widescreen that at times threatens to overwhelm the characters, “Leviathan” takes place on the bleak Kola Peninsula.  If Sarah Palin lived there she would brag that she could see Finland from her window.  A broken-down, has-been fishing community that features wrecks of boats and buildings as metaphor for the people therein, “Leviathan” finds Kolya (Alexey Serebryakov) living with his pretty second wife Lilya (Elena Lyadova) and son Roma (Sergey Pokhodaev).  Vadim (Roman Madyanov), the crooked mayor, moves to seize the property under eminent domain, but Kolya, who built the creaky house with his own hands, is determined to fight the order, enlisting as a lawyer his good friend Dimitri (Vladimir Vdovitchenkov), who visits from Moscow.  When Dimitri threatens the mayor with exposure of crooked deeds, the mayor appears to relent but instead—in circumstances that challenge audience interpretation–sets Kolya up on a murder charge to put him away for most of his remaining life.

“Leviathan” is far from a ponderous satire on Russian corruption but includes a few sex scenes featuring Kolya’s frustrated, younger wife, and a comic look at target practice, the targets being pictures of Marx, Lenin, Gorbachev and other icons—but not including Putin, who picture overlooks the mayor’s office and who is apparently out-of-bounds for a director who wants his film to be shown anywhere.

Cheap vodka flows, since after all, this is a film that depicts life in Russia where citizens can each knock off a bottle a day.  Even the mayor has no problem showing up with a bodyguard at Kolya’s residence, hammered, and throwing his authority around as if he were a candidate for Putin’s office.

If you took political theory you will recall that “Leviathan” was a book by Thomas Hobbes, not the most optimistic of theorists, but one who believed that the perfect government is one that protects its people from lives that are “solitary, poor nasty, brutish and short.”  The Russian government in the eyes of these folks are not this ideal. 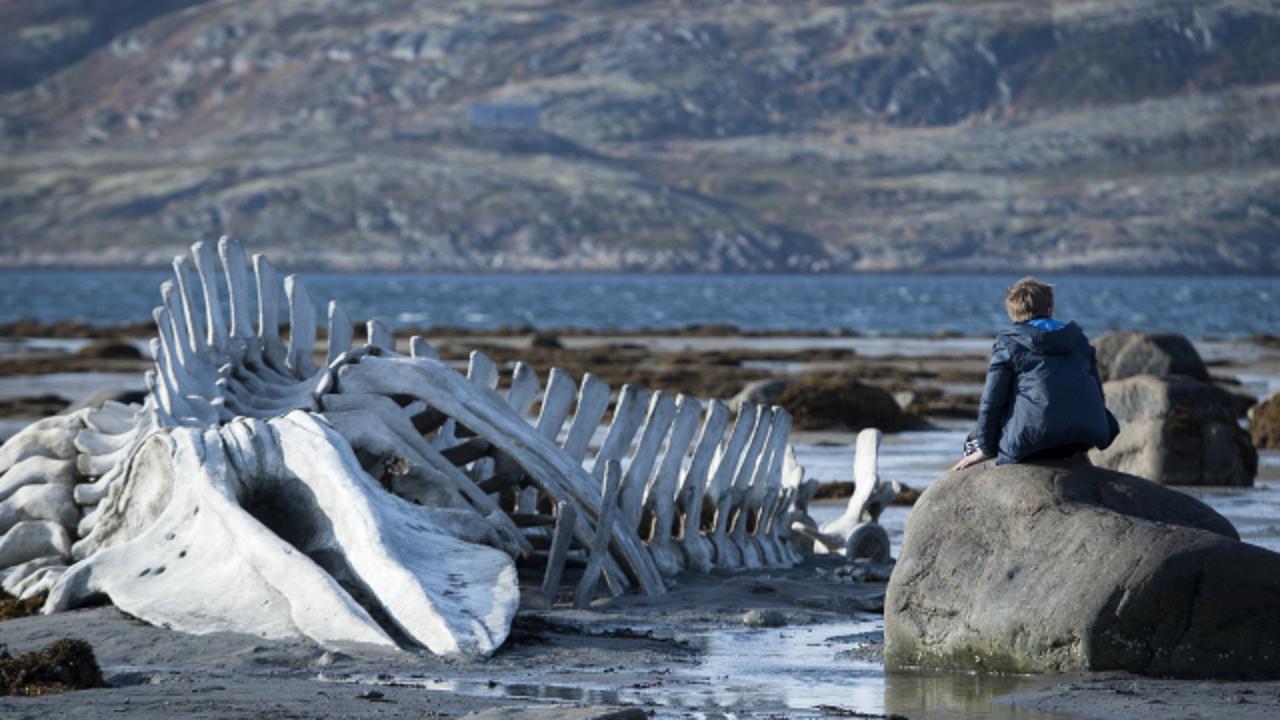