It’s holiday time everywhere including Bikini Bottom! Everyone’s favorite underwater sponge, SpongeBob SquarePants, and his best friend Patrick Star are wishing their fans young and old a happy holiday season! Of course, when it comes to SpongeBob and Patrick, things are always going to be a little off-kilter, as you can see in the video holiday greeting below. Check it out below the post!

The greeting is also promoting the upcoming family comedy, “The SpongeBob Movie: Sponge Out of Water,” which will be in theaters Feb. 6, 2015. The film, directed by Paul Tibbitt and Mike Mitchell, will feature SpongeBob and his friends out of the ocean and on land as they recover the stolen Krabby Patty recipe and save both their world and ours from the clutches of the pirate Burger-Beard, played by Antonio Banderas. Tom Kenny, Clancy Brown, Bill Fagerbakke, Rodger Bumpass, Carolyn Lawrence and Mr. Lawrence lend their voices to SpongeBob, Mr. Krabs, Patrick, Squidward, Sandy Cheeks and Plankton, respectively. 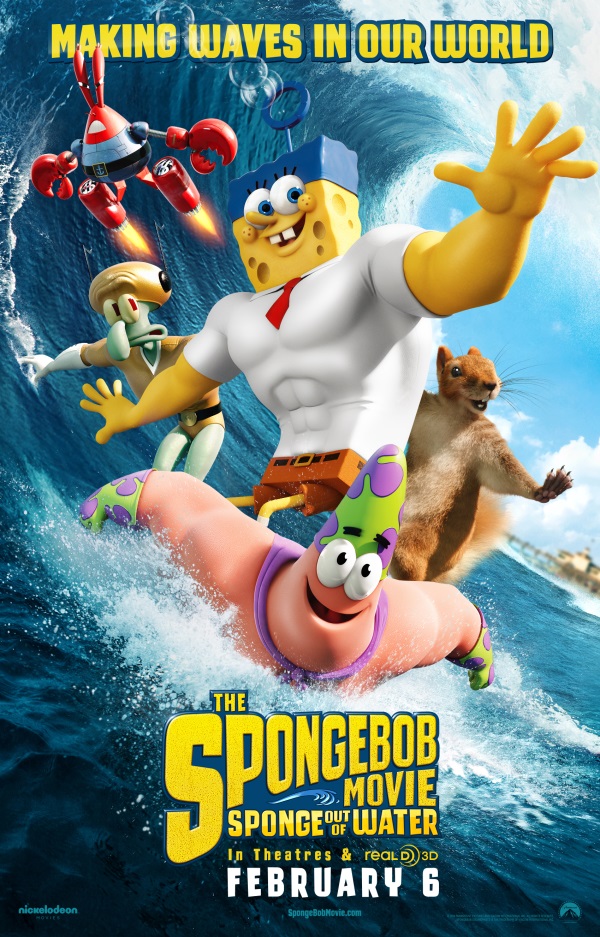 Cancel reply
The Walking Dead Spinoff Cast, Cliff Curtis and Kim Dickens to Star
New Trailer for In the Heart of the Sea Released
To Top