At the California Science Center, movie lovers and space lovers alike will be able to travel to the outermost parts of our universe with a special screening of “Interstellar.” The film, directed by Christopher Nolan and starring Matthew McConaughey, will play in the center’s IMAX Theatre for a limited engagement, beginning Friday and ending Dec. 30, with additional showtimes every Friday and Saturday at 7 p.m. between Jan. 2 through Jan. 17. This marks the first time a presentation of a major motion picture has screened at the theatre.

There’s also a special prize for those who happen to be the first in line. The first 300 ticket holders at the shows each day between Friday and Dec. 30 will win a limited edition “Interstellar” IMAX Collector’s Artist Poster Print.

One of the selling points of “Interstellar” is that it is tailor-made for the IMAX exprience. Like with “The Dark Knight” and “The Dark Knight Rises, Nolan used IMAX cameras to truly capture the magnitude of space for “Interstellar.” The use of these cameras works well with the allure of IMAX theatres themselves–their unique ability to transform the movie-going experience and immerse viewers into the world they’re seeing projected in front of them.

Tickets for this special engagement can be bought at the center’s box office or by phone. Visit CaliforniaScienceCenter.org to learn more.

“’INTERSTELLAR’ stars Matthew McConaughey, Anne Hathaway, Jessica Chastain, Bill Irwin, Ellen Burstyn, John Lithgow and Michael Caine. With our time on Earth coming to an end, a team of explorers undertakes the most important mission in human history; traveling beyond this galaxy to discover whether mankind has a future among the stars.

Sequences of ‘INTERSTELLAR’ filmed in 35mm will be digitally re-mastered into the image and sound quality of The IMAX Experience® with proprietary IMAX DMR® (Digital Re-mastering) technology. The crystal-clear images, coupled with IMAX’s customized theatre geometry and powerful digital audio, create a unique environment that will make audiences feel as if they are in the movie.” 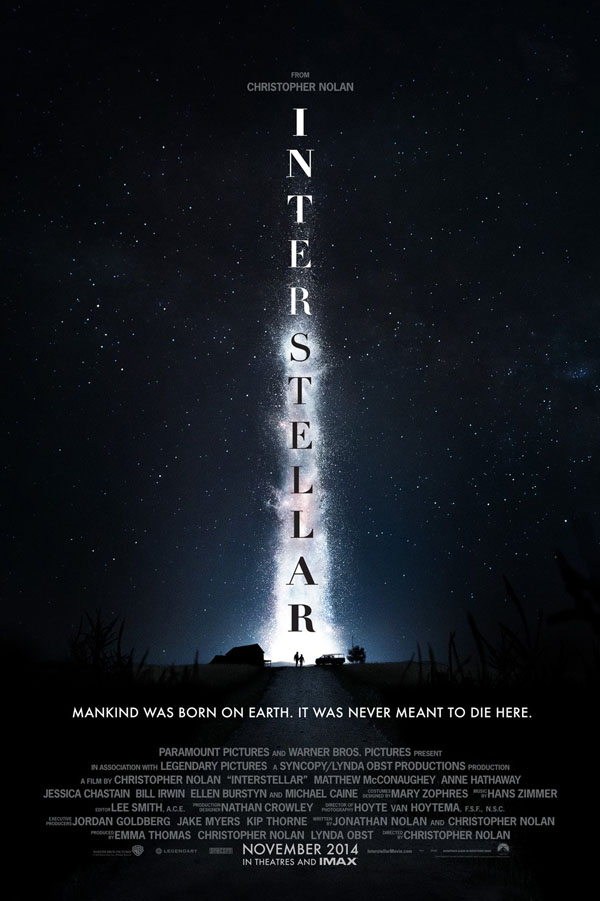